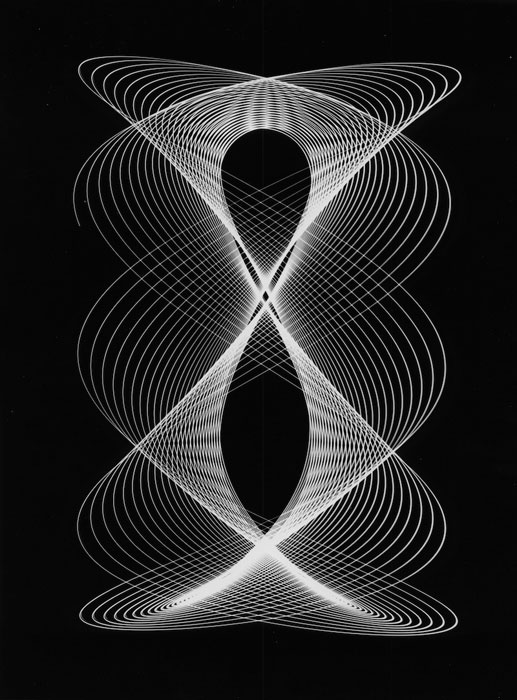 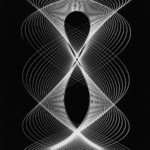 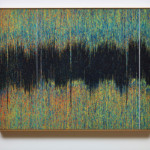 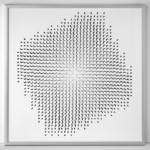 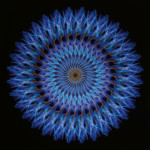 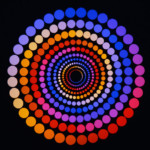 Scheublein + Bak is pleased to announce an exhibition dedicated entirely to algorithmic photography. Focussing on rare vintage works from the 1950s and 1960s by the pioneers of cybernetic art, it explores an influential time when groundbreaking exhibitions took place, such as “New Tendency 4” in Zagreb (1968/69), “Generative Fotografie” at Kunsthaus Bielefeld (1968) and “Cybernetic Serendipity” at ICA London (1968), and new technology magazines featuring computer art were launched, such as “Bit International” (1968-73) and “Leonardo” (from 1968). Importantly, in this exhibition, “Thinking in Algorithms”, Scheublein + Bak juxtapose the pioneers of computer art with a younger generation of artists who are familiar with digital technology and who skilfully continue the exchange between science and art.

One of the pioneers of computer art, Herbert W. Franke started making his first oscillograms in the mid-1950s when he was a mathematician at Siemens in Erlangen (Germany) and had access to some of the most advanced computer technology of the time. In this exhibition, we present a rare selection of his vintage photographs from the series “Lichtformen” (light forms), 1953-1955, and analogue graphics from the series “Oszillogramme” (oscillograms), 1956-1961/62. For both of these series, Franke was operating analogue cathode-ray oscillographs in order to create aesthetic mathematical figures, which he subsequently photographed under long exposure. Franke was mainly influenced by the emerging theory on generative aesthetics being taught at the Stuttgart school by Max Bense and his contemporaries. Bense defined generative aesthetics as an artificial production of “aesthetic states” which can be reproduced anytime by following the instructions of a clearly defined program.

While this silent revolution in computer art took place, Gottfried Jäger and Hein Gravenhorst picked up similar ideas and translated them into photographic practises. In 1968, Jäger initiated the groundbreaking exhibition “Generative Fotografie” at Kunsthaus Bielefeld where he showed his works alongside Hein Gravenhorst, Kilian Breier and Pierre Cordier. During the 1950s and 1960s the boundaries between science and art became increasingly blurred and resulted in many artists becoming scientists and vice versa. The Swiss physician Hans Jenny (1904-1972) published two volumes on “cymatics”, in which he analysed geometric phenomena and figures evoked by submitting lycopodium powder and fluids to certain sound frequencies and amplitudes. Other contemporaries, such as Heinrich Heidersberger and Alfons Eggert, invented unique apparatuses to generate fascinating Lissajous light drawings and psychedelic colour patterns. Only a few of Jenny’s vintage photographs have survived and it is a great privilege to include some of these works in our exhibition.

But the age of digital arts only came to be some decades later when personal computers and graphic programs such as Adobe Photoshop were accessible to the public. Michael Reisch, a former student of the Becher school, has been making digital photography since the early stages of his career. By skipping the most generic part of photographic production, namely the recording of an image, and shifting directly to the last stage – the rendering – Reisch creates images which do not refer directly to the world but rather are randomly created. Taking this further, and on show in this exhibition, he has produced a three-dimensional sculpture of a rendered image and thereby inverted the process of photography.

Similarly, Adrian Sauer examines the chance appearance of images in virtual space. In his series “16.888.216 Colors” he refers to the maximal number of colour nuances which the human eye can recognise on an RGB screen. The works look like the simple depiction of fireworks, but actually contain all 8-Bit-RGB colours at once. Sauer therefore illustrates how the distinction between concrete and abstract art seemingly dissolves in the digital age.

In his series “Read Only Memory” (ROM), Philipp Goldbach reflects on universal languages and refers to photography in a rather philosophical way. Each of his self-constructed ROM plates contain fragments of texts by philosophers from the Age of Enlightenment, such as John Wilkins (“A Philosophical Language”), who were searching for a single language understood and spoken by everybody in the world – a Lingua Universalis. With the invention of photography in the 19th century this desire suddenly became reality. In a lecture entitled “Die Photographie als Weltsprache” at Westdeutscher Rundfunk in 1931, August Sander stated that the photographic medium is the most common and powerful medium to communicate with. Goldbach’s work suggests that the binary code language of computers may have become the all-encompassing universal language of our time.

In Susan Morris‘s colourful activity recordings, which look like concrete paintings by Max Bill or Richard Paul Lohse, photography as a means of portraiture obtains a new dimension. The artist marks the grade of her activity in colour sequences for each day and hour throughout an entire year. Red sequences stand for movement and physical effort while black stripes stand for low activity or sleeping time. This rhythmic self-portrait of the artist is reminiscent of the French scientist, physiologist and photographer Etienne Jules-Maré, who recorded movement in the 19th century using pioneering chronophotographic techniques.

In the three-dimensional portraits from the series “Stranger Visions” Heather Dewey-Hagborg recovers DNA sequences from an object, such as found human hair or chewing gum, in order to extract the facial characteristics of the person it had previously belonged to. By applying 3-D-printing technology she is able to create hyper-realistic models that point to possible future forensic applications.

With this selection of representative works from the 1950s and 1960s, combined with those by emerging artists concerned with cutting-edge technological advancements and the ever growing presence of algorithms in our daily lives, Scheublein + Bak seeks to show the connection between generative art and its influence on the growing field of contemporary digital art.

Gallery hours Mon-Fri 11 am – 5 pm, and by appointment