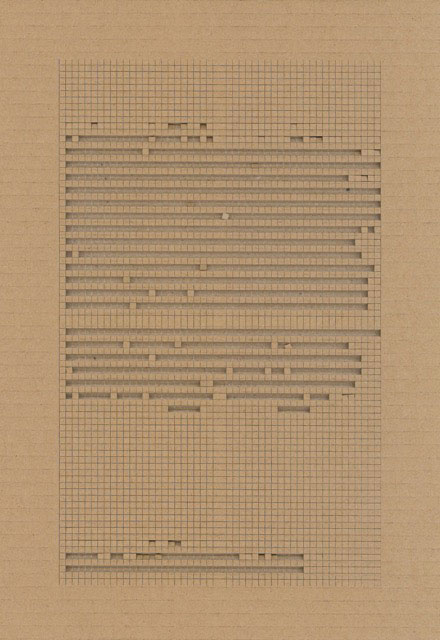 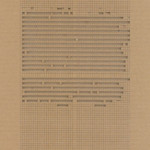 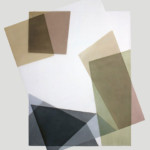 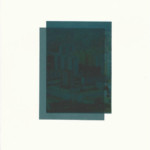 The Wenger Gallery gladly opens this season with Thomas Vinson from Germany, whose “fine- line” exhibition combines 35 works into a rhythmical overall composition. Apart from his “Reliefs”, Vinson’s new “Laserworks” will also be on view. The key element of all his works is the line – as a challenge to follow and trace to its origin.

Thomas Vinson has long been fascinated by the minimalist form. Rather than regarding himself as a concrete artist, however, he identifies himself far more with process art where action takes priority over results. Vinson’s works are not systematic. He neither plans them nor prepares any drafts. They develop from his emotions, or arise from the materials available to him, so that the results are purely coincidental or may even be rejects. Decisive for Vinson is the actual work process, the shaping and forming of material. His works always focus on combining haptics, sensibility and intimacy.

Vinson has a very special affinity with the American artist Bill Bollinger (1939-1988, NYC), who in the late sixties was one of the main exponents of process art. Like Bollinger did then, Vinson works today with materials taken from Nature or from the construction industry, such as pieces of wood, chipboard and MDF (medium density fibreboard), carton and corrugated cardboard. He manages thereby to conjure up an unexpected sensuality from such banal materials. Vinson’s works testify to his high precision and fineness of line. Nevertheless, he is more interested in leaving traces of the development process that are only apparent upon a closer look.

This play on perception applies throughout the exhibition. Already at the entrance, one is confronted with an installation of small black and white reliefs, all hung at the same height and equally spaced. For this group of works Vinson used different kinds of wood, assembled after painting and processing in order to generate a relief effect. Between the black and white reliefs on the wall are pure white works that also include dark zones. Their darkness is not produced by painting, however, but by very deep cuts in the wood that look black from a distance. In order to tell the difference, one has to look very closely and see how the effect was achieved.

Thomas Vinson explains the idea behind his rhythmic regularity of hanging by quoting the favourite citation of art historian Peter Lodermeyer: “The wall is paratactic“. Hanging opposite, at a wider spacing, are two works in grey. One of them shows a cross-section through a chipboard upon which there are four cubes in a row at a depth of 5 – 6 cm, with grey colouring irregularly distributed on the surface. The other work, likewise a relief, is in three shades of grey: dark, medium and light. These works generate a rhythm in the room by deliberately forming a contrast to the black and white reliefs.

Of paramount importance for Thomas Vinson are interaction with the location, and the way the works are hung. For exhibiting in the gallery cabinet he has chosen a strict arrangement of his “Laserworks”. These laser-worked motifs in wood and various paperboards alternate with each other, but all in the same format of 32 x 22 cm. Vinson started using the laser tool only two years ago. This gives him much greater scope than in his earlier works, which were usually produced with a table saw. With the laser he can draw lines only a millimetre apart or work slowly enough to leave burn marks on the surface, depending on the material. He wants these traces of development to stay visible. And here again, the revelation of the line lies in taking a closer look.

Thomas Vinson (*1970 in Paris) lives and works in Giessen and Paris. Since 2014 he is also active as guest lecturer in design at the Technical University of Middle Hesse, Faculty of Architecture, and in sculpture at the Justus Liebig University in Giessen. His works can be found among renowned collections in Switzerland, Germany, France and the USA.

Monteith’s “Nocturne” silk screen prints reference postcards in scale and recede almost to darkness, requiring a close and slow inspection. The scale of these works speak to the ubiquity of a travel experience, however complicated due to the very nature of traveling to North Korea. The offset rectangular floods of indigo and purple silk screened over each image act as formal veiling devices, darkening each image while alluding to the manufactured nature of the concentrated spectacle in evoking a mood and a narrative beyond what can be seen.

Born in Toronto, Canada John Monteith’s work has been exhibited the Tate Modern, London, X Initiative, New York, The New York Art Book Fair at PS 1 and O’Born Contemporary, Toronto, among other venues. His work is featured in a number of private and corporate collections