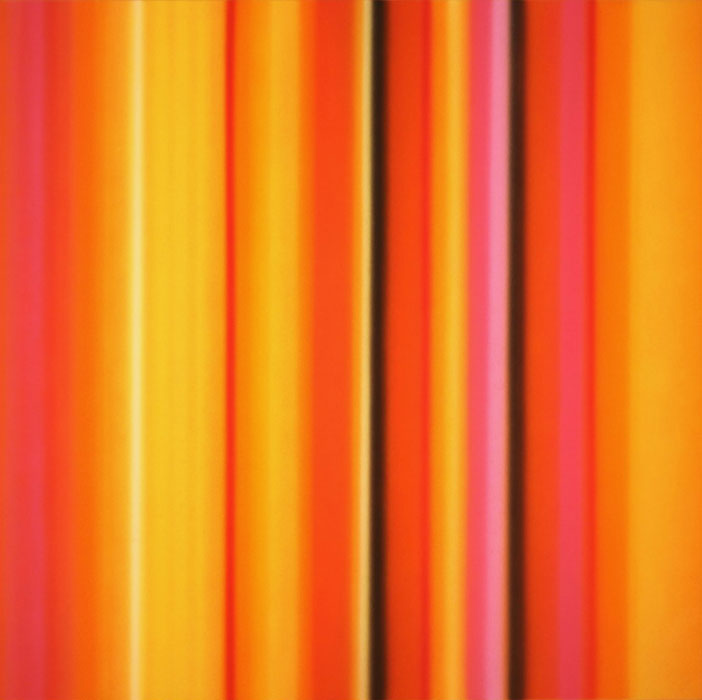 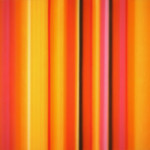 In 1956, Frank Sinatra conducted an album for Capitol Records called “Tone Poems of Color”. The record consists of twelve tracks inspired by the poetry of Norman Sickle, each piece written by a notable 20th Century Hollywood composer and designated by a color as its title. In the manner of mid-1800’s European orchestral music, these “tone poems” attempt to translate the emotive and narrative content latent in non-musical sources directly into sound.

Tim Bavington’s celebrated oeuvre takes this idea of translation head on, considering the correlative, reciprocal, and at times ambiguous relationship between the visual and aural, art and music. The artist’s approach to geometric abstraction is based in a complex system of annotation and interpretation, whereby popular songs’ musical “DNA” (e.g. melody, beat, etc.) find subjective representation in color and form. This, in effect, is Bavington’s conceptual framework for making paintings.

Inspired by Sinatra’s record, the artist’s latest studio work explores the nuances and energy of individual colors. The basis for each painting is a musical composition with a single color in the title: Jimi Hendrix’s “Purple Haze”, for instance. Whereas much of Bavington’s previous output delivered color at “full volume,” many of the new paintings reflect a lowering of chromatic intensity, as well as a broader tonal range and more limited palette. Morgan Lehman is delighted to present these works in Tim Bavington’s first solo exhibition with the gallery.