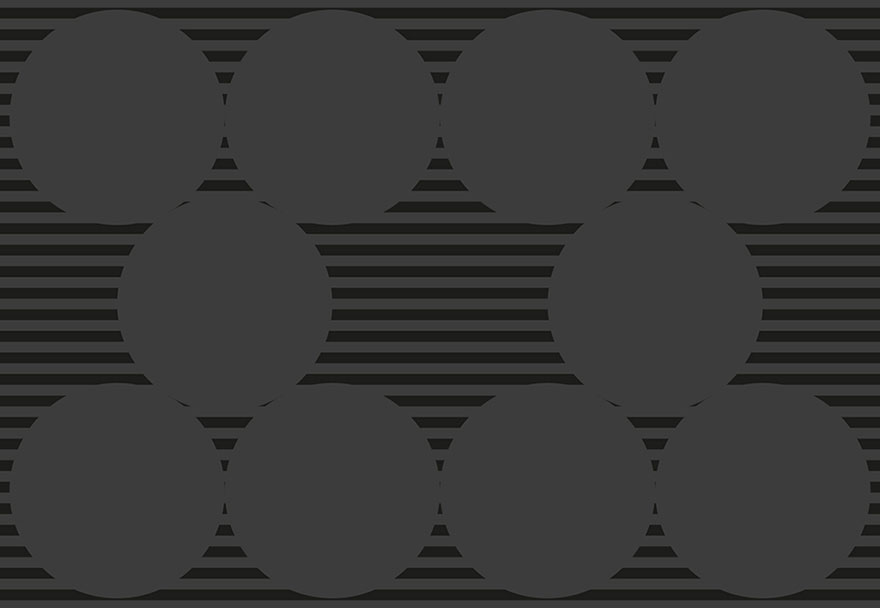 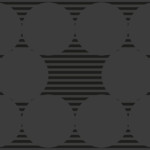 Parafin announces a new exhibition with the influential British artist Tim Head (born 1946). It is Head’s second solo exhibition with the gallery and will run concurrently with his participation in “Pioneers of Pop” at the Hatton Gallery in Newcastle.

“Beautiful Weapons” juxtaposes new large scale digital prints with a group of paintings from 1989-90, made shortly after Head won the prestigious John Moores Painting Prize. In showing new and older works together the underlying consistency of Head’s work in different media is revealed. Both bodies of work are essentially explorations of space and the way it is mediated by technology. Moreover, they represent a continuation of concerns that have preoccupied Head since his earliest installations, an investigation of reality and perception.

Head’s paintings of the late 1980s are derived from the textures and patterns imprinted on many manmade and mass produced surfaces, such as napkins, plastic trays and food packaging. In highlighting these usually overlooked motifs and enlarging them to monumental scale so that they become evocative of biological structures or fields of interference, Head is exploring the technological conditioning of the surfaces that surround us, and demonstrating an almost micro-sensitivity to the nuances of the ways in which our perception of space is manipulated.

In a similar way, Head’s digital works of the last five years address the space of the computer screen and the virtual space of the constructed digital image. They are, in Head’s words, ‘fabricated layers of weightless abstraction fused together with chilled precision.’ Works such as the “Gate” series (2016) appear to overlap motifs one over another, but in fact consist of illusory virtual structures built within the computer. In the printing process these complex structures are reduced to a single unified layer of ink. Depth is an illusion. Perception is problematised.

Running through both bodies of work is an ambivalence about the moral value of these technologically enabled spaces. Loaded titles such as “Perfect World” (1990), “Omen” (2016) and “Armageddon” (2017) suggest a paranoia or uneasiness about the effects of technology. For Head, all works of art are ‘beautiful weapons’, both potentially seductive and dangerous, and are tools for challenging and re-ordering reality.

Tim Head studied with Richard Hamilton and Ian Stephenson at the University of Newcastle-upon-Tyne 1965-69 and then with Barry Flanagan at St Martin’s in London 1969-70. In 1968 he spent time in New York working as assistant to Claes Oldenburg and met leading figures in the Conceptual Art movement, including Robert Smithson and Sol Lewitt. In 1971 he worked as an assistant to Robert Morris for his exhibition at the Tate Gallery.

Head first came to prominence in the early 1970s with a series of ground-breaking installations at the Museum of Modern Art, Oxford (1972) and the Whitechapel Art Gallery (1974) and participation in important group shows including the 8th Paris Biennale, Musée D’Art Moderne de la Ville de Paris (1973), Arte Inglese Oggi, Palazzo Reale, Milan (1976) and Documenta 6, Kassel (1977). Head represented Great Britain at the Venice Biennial in 1980 and won the John Moores Painting Prize in 1987.