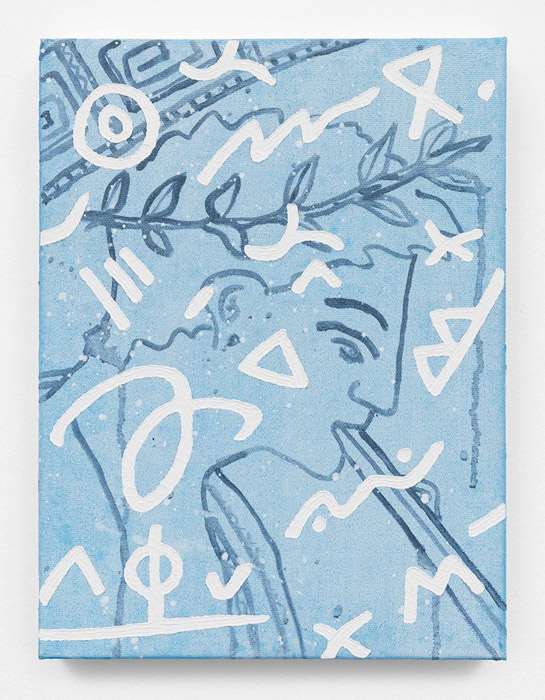 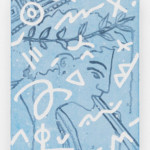 “Sophist Leaving Syria” is a 1926 poem by the Alexandrian poet C.P. Cavafy. The poem implores a Sophist who is leaving Syria to include in his writings on Antioch the beauty of a young male prostitute named Mebis.

It is unclear in whose voice the poem is written, yet it is quite possibly someone in the retinue of the Sophist. Sophists were men of knowledge in the Hellenistic world, and they would travel across borders to teach classical Greek rhetoric and dialectics. The Sophist is a metaphor for knowledge and reason. Young Mebis is a metaphor for the sensual, Dionysian world. Through these metaphors, the poem establishes the dialectic of the body and mind.

There is a deep homosexual aspect to the poem – most of its lines celebrating the beauty of the young man. Its theme hints at the ancient Greek cultural and social relationship between the eromenos and erastes, or the male youth and older wise man.

The poem’s sad and emphatic tone conveys a sense of haste towards immortalizing fleeting beauty. This seems relevant to the recent and quick destruction of Syrian culture and heritage brought about by its civil war. The exhibition includes two drawings of temples within the ancient city of Palmyra shown as they appeared before being leveled by ISIS.

Syria was an important hub of Greek and Roman trade and learning. The fact that the man of reason is leaving Syria has contemporary parallels with the current mass exodus of refugees.

The paintings serve as poetic metaphors for the celebration of male beauty within the ancient Hellenistic world: the repetition of image that speaks to the constant evocation of the beauty of Mebis; and the rational, squared and geometric nature of the Sophist’s mind.

There is a dense and complex intersection of ancient Greek and Arabic glyphs in the paintings. These patterns are sometimes mixed to create a slippage and mélange of meaning, pointing to the intersection of these cultures in the ancient world.