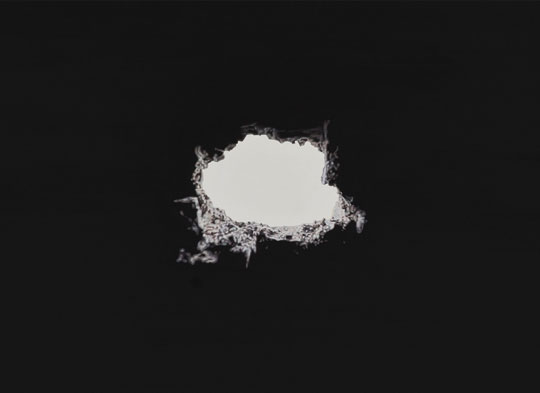 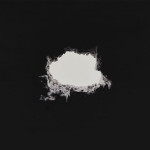 Regen Projects is pleased to present an exhibition of new paintings and drawings by Los Angeles-based artist Toba Khedoori.

Over the past two decades, Khedoori has developed a practice consisting of intricately rendered drawings and paintings. Ranging in subject matter from abstractions to architecture to nature, her works are often devoid of a background and placed on large-scale paper supports. In recent years, the artist has transitioned from paper to canvas, creating more intimately scaled oil on canvas works that depict static images of objects and views, oftentimes of that which is just beyond our reach, equally enigmatic and oneiric.

For this exhibition, her fourth solo show at the gallery, Khedoori will present a selection of new drawings and paintings. For the first time, Khedoori depicts the human figure in a series of precisely detailed studies of her own hands, painstakingly executed and exposing their every wrinkle, shadow, and blemish. An image of branches and leaves reveals her mastery of line, color, proportion, and form.

In contrast to the almost photographic nature of these paintings, several works blur the line between abstraction and representation such as a black canvas and graphite drawing punctured in the center by an aperture or void. Two abstract canvases feature geometric studies of a colored mosaic tile floor. Exposing what appears to be a cropped section of a larger view, the images evoke a seemingly infinite plane extending beyond the confines of the frame. Similarly, a large striped painting recalls Barnett Newman’s color field compositions, evoking a rigorous meditation on repetition and seriality. Upon closer inspection, however, its seemingly perfect surface reveals faint traces of the artist’s hand discerned through scratches and slight imperfections such as a sliver of raw canvas peaking through to the other side.

‘Through the deliberate staging of discrete compositional and formal glitches and disconnects, she draws our attention back to the image itself and to its medium of representation, focusing our attention on the simple yet profound effect that a mark can have when it starts to looks like something other than itself. As such, to engage with her works is also to engage with the questions of what a drawing is, how a drawing works, and how one, as a viewer, performs the curious task of reading (that is to say both viewing and interpreting) one of her drawings.’ Julien Bismuth, Toba Khedoori, David Zwirner/Radius Books, 2013.

Toba Khedoori (b. 1964 Sydney, Australia) received her BA from the San Francisco Art Institute (1988) and her MFA from the University of California, Los Angeles (1994).

A survey exhibition of Khedoori’s work, curated by Franklin Sirmans, will be held at the Los Angeles County Museum of Art in the fall of 2016. An accompanying catalogue will feature texts by Sirmans, Aruna D’Souza, Brenda Shaughnessy, and Lucas Zwirner.

Khedoori was the recipient of a Louis Comfort Tiffany Foundation Award (1994) and a MacArthur Foundation Grant (2002). Curators have included her in numerous international group exhibitions such as the 53rd Venice Biennale (2009); 2nd Seville Biennal (2006); Liverpool Biennial (2006); 26th São Paulo Biennial (2004); and the Whitney Biennial (1995).