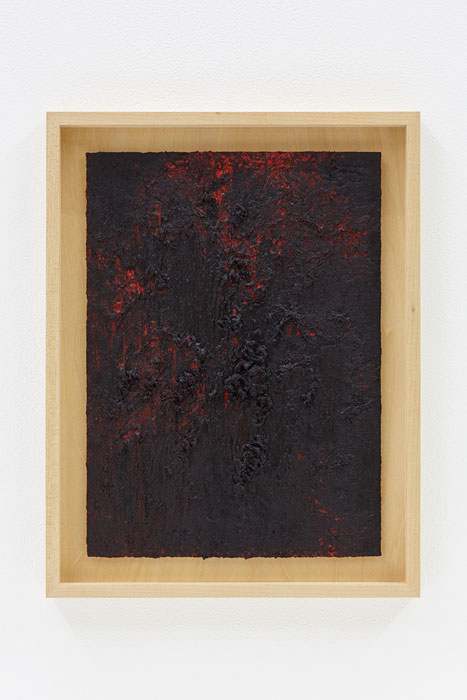 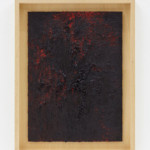 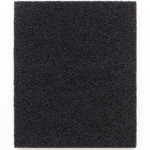 Taka Ishii Gallery New York is pleased to present a solo exhibition of works by Tomoharu Murakami. Starting his career as a Nihonga (Japanese painting) painter in the early 1960s, Murakami stopped making work for over 10 years before relaunching his practice as a contemporary artist. This exhibition will feature 10 works made by Murakami in the 1990s.

Murakami, who had used the backyard and exhibition rooms of the Tokyo National Museum as his playground as a child in the immediate postwar period, was drawn to Tohaku Hasegawa’s works and entered the Japanese Painting Course at the Tokyo National University of Fine Arts to study ink painting. He was, however, unable to adapt to the then new method in Japanese painting of using mineral pigments. As a result, he increasingly devoted himself to making abstract expressionistic pictures made solely in black paint made of a mixture of Japanese pigments and oil paints. The decisive moment of this transformation occurred when he was invited to participate in and witnessed the enormous scale and solidity of the American abstract expressionist paintings included in the Guggenheim International Award Exhibition held in New York in 1964. Shocked by these works, Murakami abandoned Japanese painting techniques and began employing a new method in which he painted the canvas with a black undercoat and layered more black paint on top of it to gradually build a thick surface. After this shift, he concentrated on completing black paintings that satisfied his ideal.

Many of Murakami’s paintings are covered all over with a color palette primarily constituted by jet blacks and reds. His works on canvas are made by mixing charcoal powder into the paint to absorb the oil and using a knife to work the paint onto the support. On the other hand, his works on paper are made with a combination of acrylic and oil paints, which are normally thought to be incompatible. He applies the acrylic paint with a pencil and oil paint with a knife to create finely distinguished layers of paint that give depth to the picture plane. Murakami produces both canvas and paper works over a long period, sometimes taking years to create a single work.

Since converting to Catholicism in 1979, Murakami has fashioned his life after that lead in a monastery, waking up late at night, painting till dawn, and going to a church in the morning to pray, and working between meals and a nap until he sleeps. These labor intensive works made over long durations of time are drastically different from modern art based on self-expression. They are instead products of a self-less acts akin to prayer that approach “eternity” and “unselfconsciousness.” These works are marked with a process in which man devotes his life to the attainment of a sublime spirit.

Morning, noon, night, and despondence: these things that definitely exist cannot be captured with one’s perceptions. Is it possible to fix such existences on a two-dimensional canvas? It might be that when I dispose of unnecessary intentions, and can just simply be “natural,” then it is possible for me to manifest “the profound” that encompasses everything. I hope to touch that “profundity” over a long passage of time, and through my daily act of applying paint to my paintings. (Tomoharu Murakami, Bijutsu Techo, February Issue, 1982)

Tomoharu Murakami (b.1938 Fukushima Prefecture) is a painter based in Tokyo. After graduating from the Japanese Painting Course at the Tokyo National University of Fine Arts, he enrolled in the graduate program in the same department, but quit after three months and started working as a Nihonga artist. Shocked by American abstract expressionist works he saw in 1964, when he was invited to participate in the Guggenheim International Award Exhibition, he began making paintings using a unique method of mixing and layering oils, charcoal, and acrylics and applying them over long periods of time. He converted to Catholicism after visiting a Trappist monastery in Hokkaido and continues to make paintings as prayers to God. His works have been included in numerous group exhibitions including the “Guggenheim International Award Exhibition,” Guggenheim Museum (New York, 1964), “Tomoharu Murakami / Satoru Shoji,” Los Angeles Institute of Contemporary Art (1981), “16th Sao Paulo Biennial” (1981), “Cadences: Icon and Abstraction in Context,” The New Museum of Contemporary Art, New York (1991), “Painting-Singular Object: A Perspective on Contemporary Art,” National Museum of Modern Art, Tokyo (1995) and National Museum of Modern Art, Kyoto (1996), “Attraction of the Monochrome Paintings: Tadaaki Kuwayama, Tomoharu Murakami and the others,” Chiba City Art Museum (2004), and “OUT OF SILENCE: Tadaaki Kuwayama / Tomoharu Murakami,” Nagoya City Art Museum (2010).

An exhibition catalogue for the current exhibition will also be available.