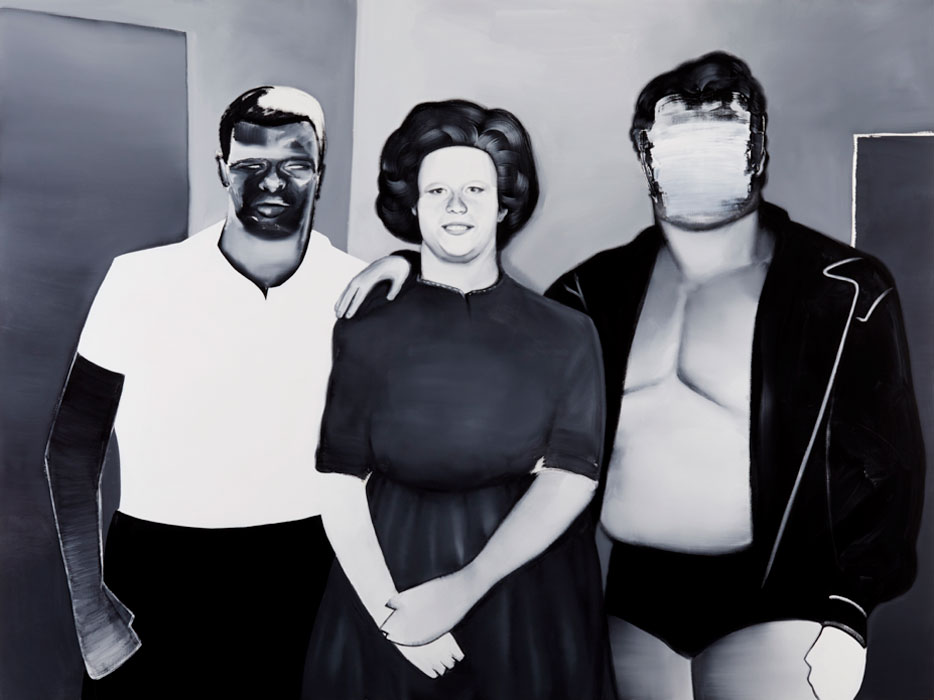 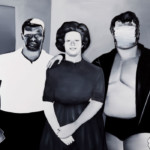 Taka Ishii Gallery is pleased to present “Holy Cow”, a solo exhibition of works by Tomoo Gokita. This will be his third exhibition with the gallery and it will feature 15 new paintings. His previous show with the gallery was presented five years ago.

Tomoo Gokita, a polymath of drawing mediums and styles, turned to painting in 2005, basing his images on found photographs and working exclusively in the sharp whites, velvety blacks and myriad grays of gouache. They pack an unsettling visual punch…

Since the start of his career, Gokita has been inspired by old printed matter and photographs from American professional wrestling and Mexican pornography magazines of the 1960s and 1970s. His creative foundation, in both his drawings and paintings, is the collaged reconstruction of found images. The varied formal expressions in Gokita’s paintings, such as the gradations comprising luminous lights and metallic shadows; the combination of detailed renderings and simple lines; partial distortions; and texture, contrast, and tone are as important as their subjects. The paintings’ rich visual language works with their cast and setting to evoke a narrative and draw viewers into their refined pictorial worlds.

This exhibition will feature paintings of varied scale and subjects all rendered in black and white gouache. In these new works, Gokita has incorporated subjects and employed methods he previously used primarily in his drawings. The works’ titles, such as “Commemorative Photo”, “Woman Sitting on a Bed”, “Queen with a Fake Beard”, and “Embrace” also add interest to Gokita’s works. The exhibition will be shown in the first floor viewing space in addition to gallery space on the third floor.

Tomoo Gokita was born in 1969 in Tokyo. His drawings made with pencil, charcoal and ink on paper first began to receive attention in the late 1990s. In 2000, “Lingerie Wrestling”, a book collecting the same works was published. After an exhibition in New York, his works were featured in numerous solo exhibitions in Japan and abroad. In 2012, his work was featured in “The Unseen Relationship: Form and Abstraction” at the Kawamura Memorial DIC Museum of Art. In 2014, “THE GREAT CIRCUS”, a solo exhibition of Gokita’s works, was held at the same museum. He is currently based in Tokyo.