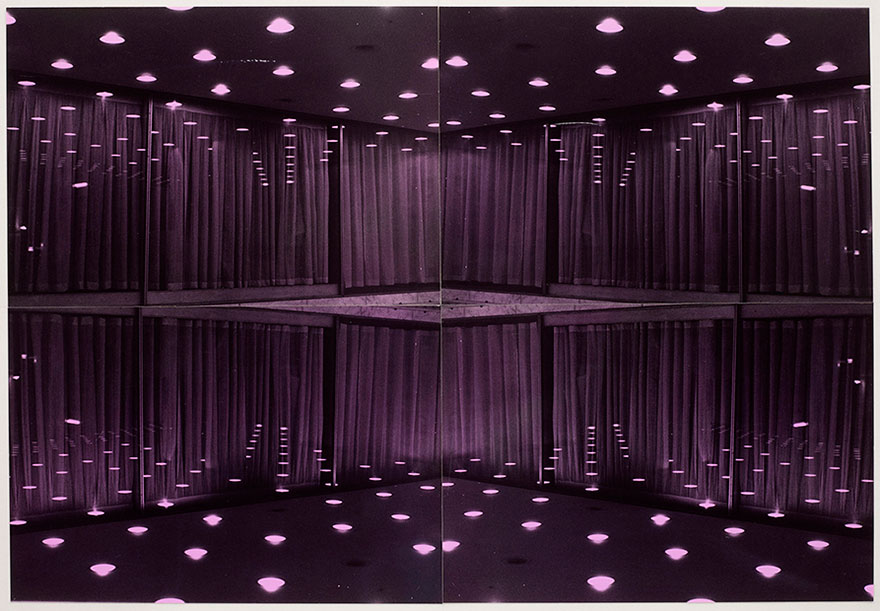 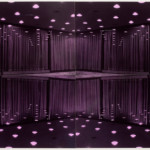 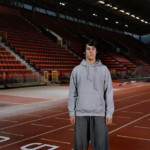 In ‘The Painter of Modern Life’ (1863) Charles Baudelaire called upon artists to attempt to capture the fast-changing landscape of modern life by creating images of the ‘transient, the fleeting, the contingent…’ For Baudelaire modernity was located firmly in the city and just over 150 years later, for many, this remains the case. Urban space remains a key subject of enquiry for many artists.

“Transient Space” is a group show exploring different approaches to urban space in the work of six leading contemporary artists. The works included adopt a varied series of positions in relation to urbanism: critical, observational, participatory, performative. Taken together, they form a series of open-ended propositions about the contemporary urban environment, the way it is experienced and how it affects us. Indebted to Baudelaire’s beloved flâneur, the observant urban wanderer, as well as the Situationist notion of the dérive, the works suggest a journey through urban space. The city is explored in relation to Modernism, but is here also an environment that encodes both past and future. It is a palimpsest, a politically demarcated zone, a stage, a generator of obscure visual codes and languages. It is both a map and a space that must be navigated. Seen through the framework of the exhibition, the contemporary urban environment is revealed as complex, threatening, energised, confusing and vital but also, to use the titles of Tim Head’s works, which echo Baudelaire’s incitement: ‘transient, fragile, terminal’.

The exhibition takes as its starting point a seminal series of never-exhibited photographic collages made by Tim Head in 1981-2. In the course of flaneuristic long walks through London at night the artist photographed anonymous de-humanised spaces; empty interiors, corporate lobbies, hotel entrances and underground car parks. Mirrored horizontally and vertically the spaces are rendered hermetic, their uncanny qualities enhanced by Head’s use of pale pink, orange and blue hand-tinting. The new spaces that emerge from this treatment suggest empty stage sets or sci-fi environments and extend Head’s ongoing investigation into perception and the surfaces and textures of contemporary life. They also evoke the ‘non-places’ that for the philosopher Marc Auge are the symptons of Supermodernity. While the Transient Space series has never previously been exhibited some of the material Head accumulated for it was used in “Compass”, a slide installation shown at the Tate Gallery in 1982.

The exhibition marks Melanie Manchot‘s debut at Parafin. “Tracer” (2013) is a three-part video installation that uses ‘parcour’ runners to re-frame and choreograph an alternative movement of bodies and cameras through a series of urban landscapes. Through the actions of the runners the urban spaces they pass through are reclaimed for human agency. Here the flaneur’s passive engagement with the texture of the city is recast as something more active and committed. The use of long, slow sequences and pulled back views also remind the viewer of the ever-present position of surveillance within the public sphere.

Nathan Coley‘s “Parade Sculptures” are small-scale architectural models based on photographs of housing blocks, partially destroyed by terrorism, war or UN-sanctioned military action. Coley has said that the sculptures ‘refer to a state of being, architectures subjected to a physical shift and partially destroyed due to an act of conflict.’ Here the buildings are mounted on structures designed to be carried aloft, and thus become reminiscent of the placards carried during protest marches. They are both subject of, and agency of, protest.

The changing and unchanging nature of urban space is explored in collages by Abigail Reynolds from a series entitled “The Universal Now”. These works take archival images from books and use cut-and-fold collage to collapse the passage of time by layering depictions of the same buildings and civic spaces from different periods. Collecting books and old photographs from atlases, tourist guides, and encyclopedias and incorporating them into three-dimensional collages and sculptural assemblages, Reynolds questions the way our relationship to the visual world, particularly the British landscape, is mediated.

Keith Coventry‘s “Ontological Paintings” take their cue from the orientation signs/maps that are found on housing estates and in shopping centres. The arrows that indicate ‘You Are Here’ and denote one’s location are here rendered meaningless by repetition and by being positioned by chance within an undifferentiated field of white paint. At the same time, the “Ontological Paintings” recall the reduced aesthetic of early Modernist abstraction, with its attendant utopian connotations.

Signage is also a recurring theme within the work of Mike Ballard. In his paintings and sculptures, Ballard aims to bring our attention to the visual noise that influences a fundamental experience of the everyday urban environment. His works riff on the territorial gestures that form the boundaries between public and private property. Ballard’s approach to the metropolis as a ‘ready-made’, allows for a transformation of the quotidian. Here Ballard shows sculptures made from recycled hoardings, structures that physically mark a division between public and private space, and paintings based on the texture produced by graffiti and the remains of stickers found on municipal signage, suggestive of a kind of illegible urban language.

Nathan Coley (born 1967, Glasgow) was shortlisted for the Turner Prize in 2007. Recent solo exhibitions include the Scottish National Gallery of Modern Art, Edinburgh (2017), Kunstverein Freiburg (2013), the Contemporary Art Gallery, Vancouver (2012), ACCA, Melbourne (2011). His work was included in “Generation: 25 Years of Contemporary Art in Scotland” (2014), “You Imagine What You Desire”, 19th Biennale of Sydney (2014), “Mom, Am I Barbarian”, 13th Istanbul Biennial (2013), “Tales of Time and Space”, Folkestone Triennial, UK (2008), “Days Like These”, Tate Triennial of Contemporary British Art, Tate Britain (2003), and in the “British Art Show 6” at BALTIC (2005). His work is represented in many collections worldwide. Nathan Coley lives and works in Glasgow.

Keith Coventry (born 1958, Burnley) lives and works in London. His work has been exhibited widely in the UK and Europe and is included in collections worldwide including Tate, Arts Council Collection, British Council, Walker Art Center, Minneapolis and The Museum of Modern Art, New York. Recent solo exhibitions include Pace, London (2016, 2012), Bowes Museum, Co. Durham (2012), Museum of London (2010), Haunch of Venison, London (2009, 2008) and Tramway, Glasgow (2006). Amongst many important group exhibitions he was featured in the seminal “Sensation” at the Royal Academy of Arts, London, in 1997. In 2010 Coventry was awarded the John Moores Painting Prize.