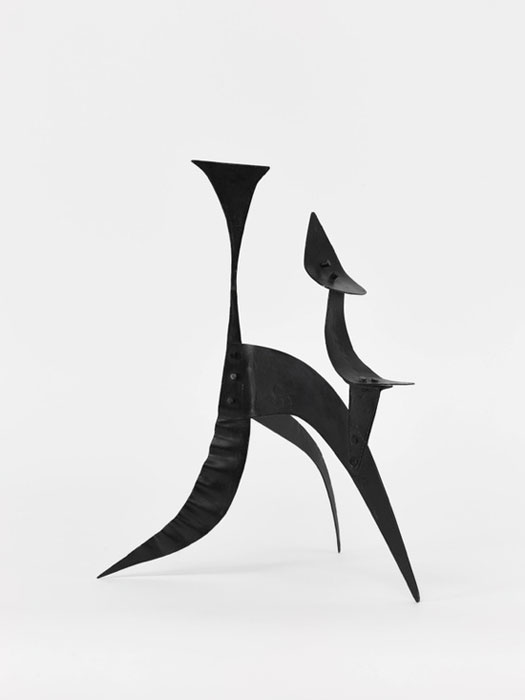 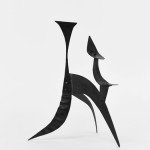 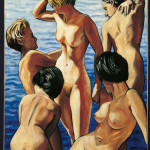 Hauser & Wirth Zürich is pleased to present ‘Transparence: Calder / Picabia’, a historic exhibition that reveals, for the first time, the remarkable dialogue between Alexander Calder (1898 – 1976) and Francis Picabia (1879 – 1953), two great innovators of twentieth-century modernism. Featuring works that range from the late 1920s until the 1970s, the exhibition will create an interface between Calder’s radical exploration of transparency in sculpture and Picabia’s ‘Transparences’ (Transparencies) and later paintings.

Working in close collaboration with the Calder Foundation to realise this unique exhibition, Hauser & Wirth once again revisits two artists who have been part of its history. The gallery’s very first exhibition in 1992 in Zurich brought together Calder’s mobiles and gouaches with the sculptures and paintings of his lifelong friend Joan Miró. Picabia, for his part, has been the focus of two historic exhibitions: ‘Fleurs de chair, fleurs d’âme’ in 1997 in Zurich and ‘The Nudes’ in 2006 in London.

Exploring a new, highly personal style towards the end of the 1920s, Picabia’s celebrated ‘Transparence’ series superimposed see-through images onto non-transparent ones, creating an ambiguous merging of meanings and forms. In ‘Transparence’ (ca. 1928 – 1929), three translucent coloured faces merge with the white contrapposto backside nude seen through a laurel wreath. Against a red background speckled with white, the main figure’s empty-eyed face sits impossibly on the figure’s body, completing this jarring, otherworldly vision, which has been said to evoke the unconscious of Surrealism. Through this series, Picabia found a way of expanding the temporal and spatial settings of his images, creating an effect of simultaneity.

American artist Alexander Calder spent an extended sojourn in Paris from 1926 to 1933, and found himself surrounded by the artistic avant-garde, meeting Pablo Picasso, Joan Miró, and Marcel Duchamp, among others. Following a visit to Piet Mondrian’s studio in 1930, where he was struck by the environment-as- installation, Calder made his first abstract compositions and invented the kinetic sculpture now known as the mobile. For Calder’s premiere of abstract objects in 1931 in Paris at Galerie Percier, Fernand Léger wrote: ‘Looking at these new works – transparent, objective, exact – I think of Satie, Mondrian, Marcel Duchamp, Brancusi, Arp – these unchallenged masters of unexpressed and silent beauty. Calder is of the same line.’

Joining the Abstraction-Création group in 1931, Calder went on to reinvent the use of motion in his nonobjective sculpture, beginning his lifelong exploration of his iconic mobiles. Since the 1930s, Calder experimented not only with form, scale, and colour, but also with gesture and immateriality, creating progressively more complex suspended and standing mobiles. The flattened angular shapes of the brilliant red mobile ‘Untitled’ (1952) evoke meticulous balance. Masterfully engineered, the sculpture’s fourteen distinct elements create an incredible visual feat both in stasis and in motion. Calder’s approach to negative space – and, hence, the transparent – engages with the fourth dimension, referencing time and movement.

Around 1940, while living in the Côte d’Azur, Picabia began making a series of figurative nudes based on images in pin-up magazines such as ‘Paris Sex Appeal’ and ‘Mon Paris’. The artist continued this series (which was shunned for its ‘regression’ into realism and their embrace of kitsch) until 1945 when he returned to his distinct style of abstraction as seen in the expressly flat and geometric ‘Double Soleil’ (1950). Picabia’s richly diverse and confounding oeuvre is marked by fluid movement between figurative representation and abstraction and between high and low art.

The exhibition is accompanied by a catalogue published by Hauser & Wirth in association with Hatje Cantz, which includes a foreword by Alexander S. C. Rower, President of the Calder Foundation, as well as contributions from Arnauld Pierre, Professor of Contemporary Art at La Sorbonne, and George Baker, Professor of Art History at University of California, Los Angeles.

To coincide with ‘Transparence: Calder / Picabia’ at Hauser & Wirth Zürich, Calder’s monumental late sculpture, ‘Tripes’ (1974) will be installed at Hauser & Wirth Somerset. ‘Tripes’, with its multiple black wavy elements forged from enormous sheets of metal, is the embodiment of lively, static motion.