Trey Abdella, Chloe Chiasson, Juan Travieso – In The Between 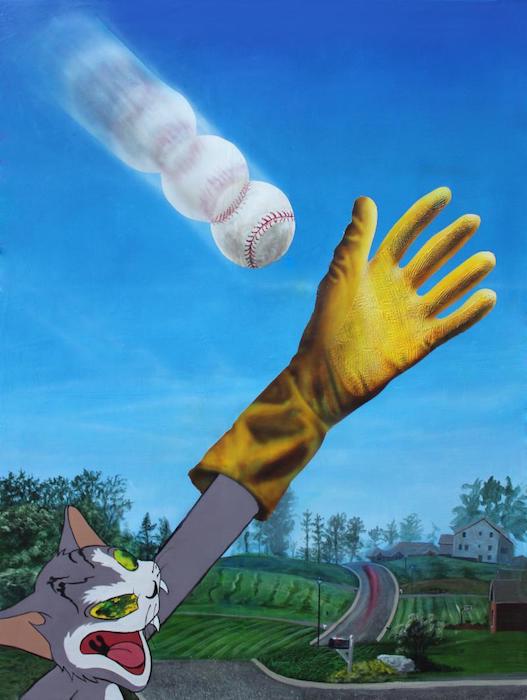 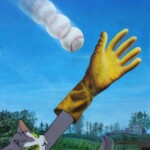 Lyons Wier Gallery is pleased to present “In The Between,” a group show featuring work by artists Trey Abdella, Chloe Chiasson and Juan Travieso.

“In The Between” examines that awkward, and sometimes disorienting, space between reality and fiction. Each artist brings a distinctly contemporary narrative to the age old question of belonging by examining their immediate world in a way that is very conscious of the “fake news” era we inhabit and exploits the multifaceted lens of popular culture. “In The Between” has a palpable shared spirit of disenfranchisement that serves as a compass rose to understanding these youthful voices commenting, and thusly bettering, their environment.

Trey Abdella was raised by television and computer and because of that found himself constantly referring to cartoons, video games, and the internet to comprehend the world around him. In his current work, Abdella explores ways of synthesizing these different pictorial languages into his own personal narratives. His animated subjects are clean freaks with rubber gloves trying their best to keep things in order while their lives are still a mess. Through his painting, Abdella creates a comical yet cohesive world, where cartoons are real and reality is distorted.

Chloe Chiasson explores the complex cultural debates of sexuality, gender, and subjectivity. Her painted portraits highlight her rejection of the mutual exclusiveness of masculinity and femininity in favor of a simultaneous coexistence, focusing on the process through which we come to find our authentic selves and the struggles that arise as we assert those selves within constraining environments. “My delight in authenticity is pervasive and it disregards cultural distinctions between and across the terms of gender, sex, and sexuality. As an advocate of traversing or treading this border in between, I am creating to realize the creative tensions compelled and concealed by oppositional rationale, inspired by the desire to rebel the paradigm of sameness versus difference that has historically suppressed non-conforming identities or expressions.”

Juan Travieso creates visually complex worlds suspended in a state of fracture. Dismantled into seismic shards, these fragments are subject to the disorienting effects of constant spatial interruption. Combining a realist painting technique with surreal juxtapositions, spatial splicing, bright palettes, and geometric abstraction, Travieso conveys the textures of a universe in breach, distorted and split by its endless potential for loss. Fascinated by the extinction of countless endangered species and the often irrevocable influence of human intervention, Travieso presents the reality of a world in transition. A requiem of sorts for the irremediably compromised state of our biodiversity, Travieso’s paintings capture the cataclysmic energy of its decay and the transience of this biological exhaustion and loss, depicting the lawlessness and diversity of nature at odds with the enforced geometry of human constructs.