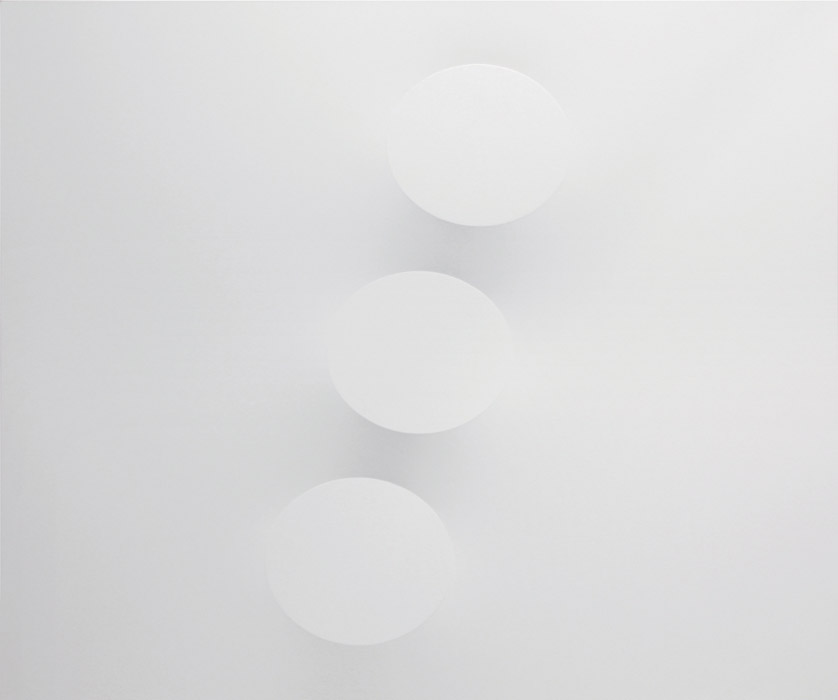 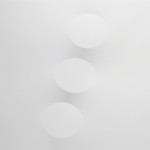 The artist who lives and works in Milano will showcase a collection of works reflecting the scope of his career. Simeti is best known for his monochromatic shaped canvases and his contributions to the Zero movement of the ’60s and ’70s. In line with the written specifications of Zero art by Otto Piene – “[Zero] expresses a zone of silence and of pure possibilities for a new beginning.”

For the past 60 years, Simeti’s works exist not as single entities but as an active experience of color and shape, capturing the dynamism that exists between these two aesthetic elements.

According to the artist, the choice of the oval was partly by chance, but also the result of observation. Having started using flames to produce certain shapes he would scorch the edges to soften the borders of a rectangle until getting to an oval form, as we can see on “Composizione”, (1961). Simeti then evolved to collages of canvas on canvas, here represented by “6 Ovali Bianchi” (1965), until he developed the technique to cover the oval with the canvas arriving at a solution of surface continuity capable of modifying the space and introduce perceptive variations, as in “Un Ovale Grigio” (1968).

Turi Simeti was born in Alcamo, Sicily in 1929. He became active as an artist in 1961, after moving to Rome, where he acquainted with Alberto Burri. In 1965, Simeti’s work was included in an exhibition of Zero artists held in Fontana’s studio, solidifying him as a valuable member of the group. Since then, his work has been exhibited in galleries and museums worldwide and is included in prominent collections such as the MAM (Rio de Janeiro, Brazil), the Museo d’Arte Moderna di Bolzano (Bolzano, Italy), and the Wilhelm-Hack-Museum (Ludwigshafen, Germany).