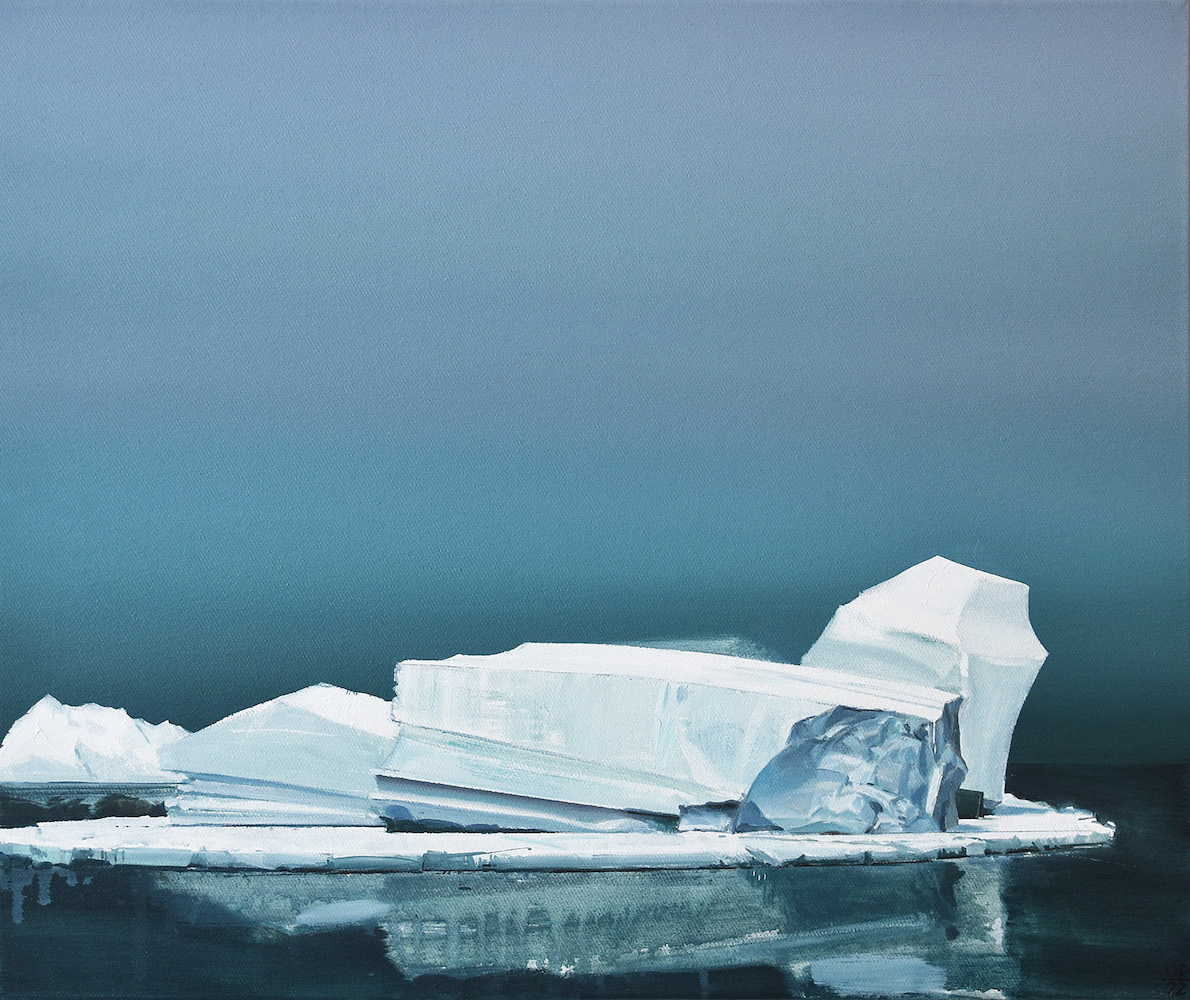 Marc Straus is pleased to present an exhibition of new works by Ulf Puder, a leading and influential artist in the Leipzig painting movement. This will be Puder’s fifth one-person exhibition with the gallery.

Ulf Puder, a landscape artist for 20 years, looks at the genre as a cultural concept, defining it as a clash between nature and culture. In his invented landscapes, he addresses cultural and political developments across Europe. He considers the two years of the pandemic, the energy crisis, the current Russian/Ukrainian war, other regional economic uncertainties, and various global conflicts. Puder approaches these struggles through romanticism, a viewpoint that is not in denial, but that plays on our weakness, laxed attitude, and idealism. Among the new works, one painting depicts a collapsing mountain, another an exploding rock. The rock, symbolic and powerful, signifies protection while also reflecting the broken state of the new world order. In addressing this dichotomy, the natural strength of the rock, millions of years unchanged, now begins to crumble with human intervention.

In “Willy Lott’s House”, Puder references a painting by John Constable that is influential in his work. The painting depicts a small American period house with contrasting dark clouds in the background and a well-lit foreground. The lighting is dramatic: electric lights, reflection on the water, an absence of sunlight and moonlight. A recurring question for Puder is how would one go about a painting today that was painted 100 or 200 years ago? He concludes that the first step is to recycle the title, closely followed by contemporary additions to the original version. “The Icebergs”, the title of a painting by American landscape artist Frederic Edwin Church, was painted in 1861. With this work, Puder has used the image in varying versions in his own work to address pressing contemporary issues. The icebergs, the mountains, and the alps are part of the artist’s experiences, while also acting as metaphors for cultural and political changes.

Puder’s creative process is traditional with a few contemporary twists. The earlier works were created entirely with brush and paint. He now uses a spatula with a deliberate application of paint to specific parts of the canvas; a roof, or a river path, for instance, are now more brilliant through the use of a new technique. He uses tape occasionally to create defined edges, and to create important elements of the pictorial plane, such as broken structures and melting icebergs. Puder argues that despite our infinite capacity to destroy, by shifting focus we can build up. In his continued quest to create quixotic worlds, he continues to look at nature and culture, and how a shift in one often impacts the other.