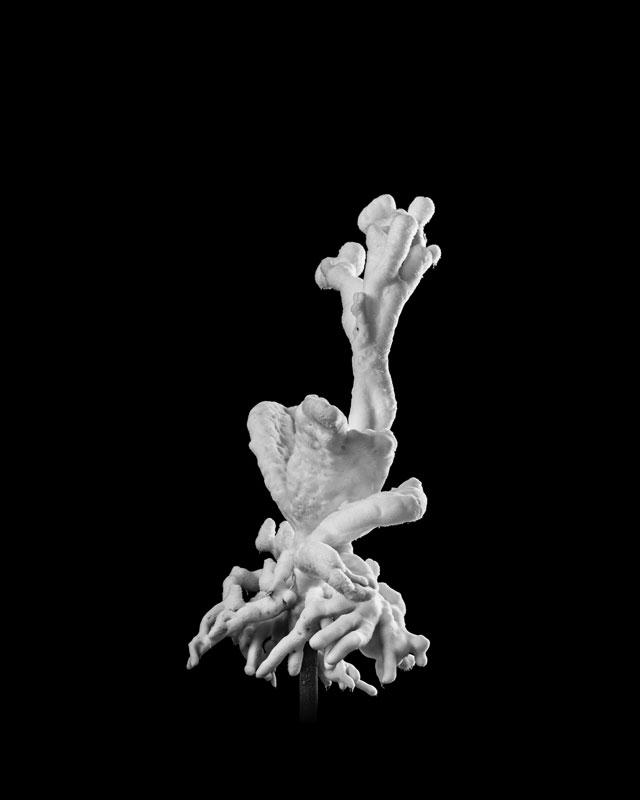 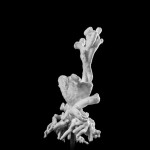 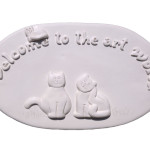 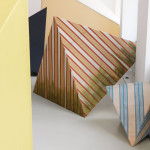 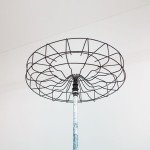 The Kiefer Hablitzel Foundation is one of the most important Swiss foundations for the promotion of up-and-coming culture. In the context of its sponsorship programme the foundation holds an annual competition for visual artists under 30. After a multi-stage selection process by a professional jury the prize-winners are introduced at the Swiss Art Awards during Art Basel, and then presented with a new work in an exhibition in a Swiss museum. This year, out of 145 entries, 17 artists were invited to take part in the second round of the competition, showing their works during the Swiss Art Awards. There 10 positions were awarded a prize by the Kiefer Hablitzel Foundation. In 2015 the exhibition is being held at Kunsthaus Glarus for the second time. This will once again give this year’s prize-winners the chance to show their work in an institutional context. The art prizes, the exhibition series, and the extensive trilingual catalogue, published by the Verlag für Moderne Kunst Nürnberg, have been made possible by an ongoing partnership with the Ernst Göhner Stiftung since 2012.

The exhibition at Kunsthaus Glarus provides an overview of young Swiss art with a focus on newly created works. Many of the artists make use of the specific spatial context of Kunsthaus Glarus and reference the existing architecture. As in previous years, a wide range of employed media characterizes the prize-winning works – in addition to drawing, painting, and sculpture this also includes conceptual as well as performative and video- based works.

Alfredo Aceto (*1991, Turin) creates humorous and conceptual works employing a variety of materials and techniques in order to draw attention to issues of authorship and the topoi of art history. The sculptures, objects, or drawings are always tied to narratives provided by the artist and therefore reflect conventional patterns of interpretation. The installation “PIT STOP” (2015), created specially for the exhibition, reactivates the artist’s workspace at the ECAL in Lausanne. The artist’s former studio – an art historical topos shrouded in myth – serves here as the stage for a performative experiment carried out by the employees of the museum: all internet entries on Aceto himself, and thus his digital artist identity, are to be completely eliminated during the exhibition.

Selina Baumann‘s (*1988, Wattwil) technically precise and elaborate ceramic sculptures address the theme of figuration. The artist creates her own cosmos of living creatures, a cabinet of forms resembling animals, plants, or even people. The figures, presented for the exhibition primarily on stage-like architectural forms or pedestals, appear almost surrealistic at times, a result not least of the artist’s structurally-risky use of fragile materials.

Lorenzo Bernet‘s (*1986, Zürich) works are strange objects or architectural settings and citations, for example from elements in public space or other objects of utility, whose meanings and function are indecipherable at first glance. With his sculptural series “Apfelpflücker” [Apple Picker] created over the past several years, he produces objects reminiscent of farming implements that have since become nostalgic. Their form suggest functionality and question not least how craft and handwork are dealt with (artistically) in an age when myriad algorithms are replacing such processes traditionally performed by people. In the installation created for the Kunsthaus, Bernet continues his fictional narrative on the imaginings of a rural life.

Anja Braun (*1985, Freiburg im Breisgau) presents two series of paintings in order to reveal the conditions of presentation – in this case of a classical medium. In the foyer of Kunsthaus Glarus, a series of monochromatic pigment color surfaces covered halfway in glass reflects back the viewer as well as the interior and exterior spaces. Braun is interested in the resulting interplay between spatial and image planes. In the spatial illusion created here light plays a major role, which plays an essential role in the spaces originally constructed for the presentation of paintings. Another series of oil paintings on paper utilizes light from the overhead skylights to make visible various shades of gray produced from the mixing of cyan, magenta, and yellow.

Julian Charrière (*1987, Morges) addresses in his work past and future processes related to civilization. He employs, for instance, raw materials whose chemical properties are central to the evolution of technologies and therefore play an important role in the development of human history. At the center of his artistic practice is the aesthetic of certain technological processes, for instance, when presenting flash-frozen tropical office plants as modern fossils in a deep-freeze vitrine.

Ramon Feller (*1988, Bern) addresses the time-based nature of viewing artworks in a series of partially kinetic sculptures incorporating both audio elements and moving images: As dispositives, they reveal a variety of forms portraying the passage of time but also the properties of temporality in observing and perceiving art. Time runs even when we are not aware of it – art therefore exists not only in the moment in which we observe it. Feller’s work series “bis jetzt” [up to now](2015) poses such questions, for instance when a computer-generated voice counts upwards for the entire duration of the exhibition, or when an endless sequence of never-repeating screensavers reverse their function and no longer fill up pauses (in work) but are the waking state of the exhibition.

Sonia Kacem (*1985, Geneva) develops spatial sculptures out of found, ephemeral materials or ones intended for later reuse in another context. The properties and aesthetic of the mainly industrial materials – often scraps, end cuts or found items – are reinvented through simple artistic gestures and compositions. The ephemeral, sculptural arrangements in space often assume a theatrical character but without dictating to viewers a clear reference or narrative.

Tobias Nussbaumer (*1987, Basel) presents his large-format, extremely meticulous colored pencil drawings in spatial installations addressing various spatial configurations and fantasies. Almost always featuring a rigorous, centrally-oriented perspective, his drawings of architectural, spatial settings – seemingly of familiar, everyday locations – address the gap between real and virtual space. For the exhibition, Nussbaumer creates a room within a room in which the drawings depict both existing and invented architectural elements from the immediate as well as extended surroundings.

Grégory Sugnaux (*1989, Fribourg) creates sculptures out of raw, industrial materials such as metal, concrete, or Styrofoam, where surfaces and inner life are equally important. He often presents his work as topographical arrangements partly held together by wall drawings. Sugnaux examines the legacy of a formal sculptural language situated between Surrealism and Primitivism in which his freely invented symbols and forms no longer function as legible elements. Ultimately, these do not refer to historical or cultural realities but are instead suggestive of an imaginary world.

Martina-Sofie Wildberger (*1985, Zurich) uses the medium of performance to research the meaning, function, and aesthetic of language. Her performances are enacted by a variety of participants, including dancers and actors. In the performance “Re-” (2015), participants are asked to transform scripts from earlier performances into a new, original language. The notations, printed on large-format sheets of paper, also address how language is visualized. For the exhibition, Wildberger presents a further developed version of this performance, which makes visible her own interpretation of language through the rearranging of scripts during the exhibition.

The publication is designed by Julia Künzi and Maria Trenkel, Zurich.