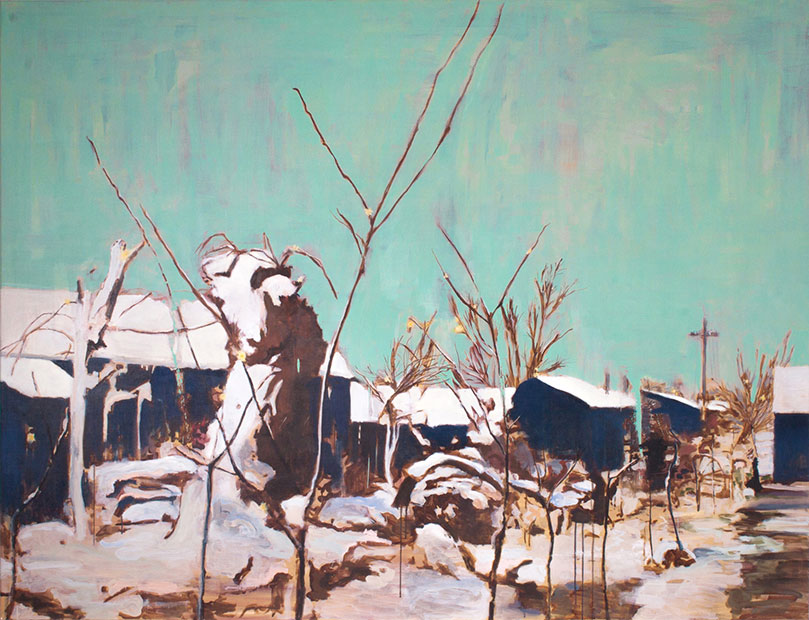 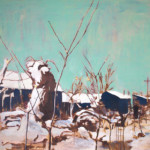 Parafin is pleased to announce a new exhibition by Swiss artist Uwe Wittwer (born 1965), his second with the gallery.

Wittwer is widely regarded as one of the leading contemporary European painters and his work is in major international collections including The Metropolitan Museum of Art, New York, the Bonnefantenmuseum in Maastricht and the Kunsthaus Zürich. Wittwer’s work reflects on the nature and meaning of images and his source material is carefully chosen from digital representations – images of images – researched in the depths of the internet. Throughout his work, Wittwer is concerned with ideas of authenticity and truth, multiple refractions of reality, and the role of the artist as archivist and voyeur.

Wittwer’s new works bring together several historic reference points to consider the idea of ‘shelter’. Images of camps – including classic British seaside holiday camps, East German ‘Pioneer’ camps and military internment camps (including Manzanar in California, where over 100,000 Japanese-Americans were imprisoned between 1942-45) – are contrasted with depictions of watchtowers, flags and a simple makeshift tent amongst trees. In a series of water colours derived from holiday postcards, the imagery is disrupted by the poignant messages sent home written on the reverse of the cards. Punctuating the exhibition are references to The Rolling Stones’ song “Gimme Shelter” (1969), a song which articulates a mounting sense of dread and which has been linked to the end of the idealism of the 1960s.

The idea of the camp, with its contradictory associations with leisure and imprisonment, home and displacement, is a theme that Wittwer has returned to many times in his career. ‘Shelter’ here is an ambiguous state. Watchtowers are also a recurring image within Wittwer’s work and can be read as a cipher for figure of the artist as panoptic observer.

In dealing with his historical source material, Wittwer deconstructs the image, for instance by working with negatives or using repetition, fragmentation or reversal. Through such strategies the original images are transformed, creating alternative realities. His works suggest that new meanings and new possibilities can be discovered within pre-existing images, no matter how familiar.

Uwe Wittwer (b. 1954) lives and works in Zürich. His work has been widely exhibited internationally and is included in public and institutional collections including The Metropolitan Museum of Art, New York, the Bonnefantenmuseum Maastricht, Kunsthaus Zürich, Sammlung Ludwig, Aachen and the Kunstmuseum Bern.