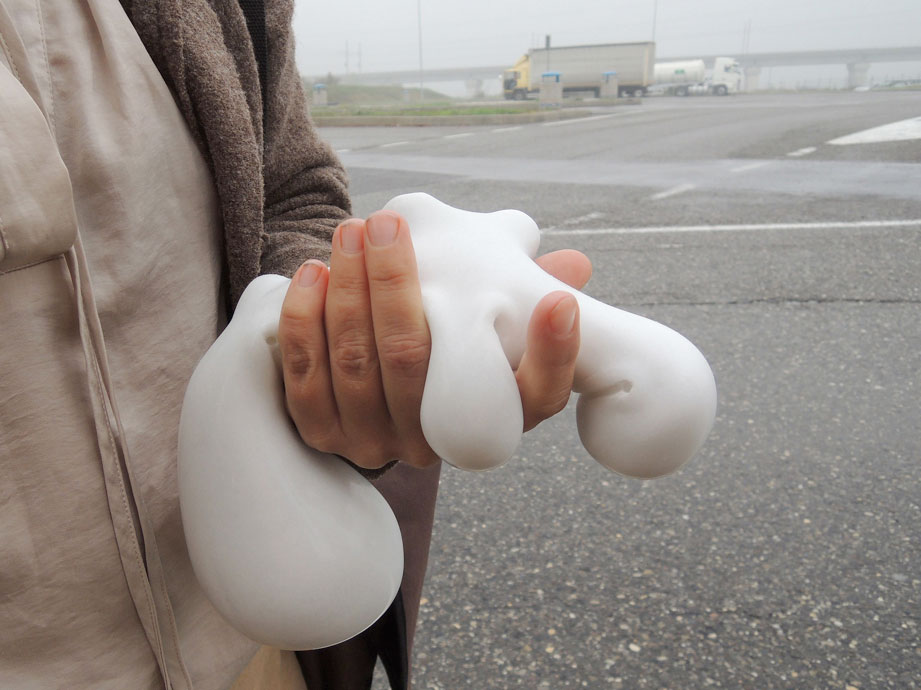 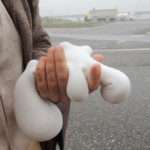 Margaret Thatcher Projects is pleased to present “minimal invasiv”, the fifth solo-exhibition of hand-carved marble sculptures by artists Venske & Spänle. Taking visual and conceptual inspiration from the realms of sci-fi, cartoon animation and an innate sense of playful humor, this Munich-based duo is deeply interested in the interaction between sculpture, place, and viewer.

Regarding these biomorphic sculptures as alien-like entities taken from their original place of creation to travel the world through a myriad of different exhibitions, the sculptures have now landed in New York to “invade” the scene like otherworldly creatures, spreading their species under the radar. The artists further push this notion by documenting their sculptures interacting in site-specific locations. Often times, their works assert their presence in spaces that may otherwise be overlooked, such as “Helotroph Foum Squitt” where the sculpture finds a temporary home in the middle of a rock desert in Morocco. “Chapeau Malienne” rests on an African boy’s head, becoming a regal crown for a local village man.

Perhaps the most “invasive” piece in the exhibition is “L’Osservatore/The Observer”. This piece houses a security camera as its eye, silently observing and recording all activities around it. Questions of where this entity came from and what its intent is immediately arise. Curiosity lures the viewer to interact with this strange thing, resulting in a cross examination of what each is seeing, doing, and thinking. The unassuming nature of this cast of characters raises questions: have they quickly assimilated on the planet, or always belonged just where they stand?

Venske & Spänle is the moniker for the artists Julia Venske (b.1971, Berlin) and Gregor Spänle (b. 1969, Munich). The artists live and work in Munich, and have exhibited their work worldwide in North and South America, Europe, Asia, Australia, and Africa. Recent solo museum exhibitions include the Museum de Bella Artes, Valencia, ES (2014) and Museum Bad Arolsen, Kassel, DE (2012). Permanent public installations of their work include “Myzot Nachtwächter” in Incheon, South Korea and “Autoeater” in Querceta, Italy. “Autoeater” is currently on display in Atlanta, GA for a three-year term for Atlanta’s Midtown Alliance Public Art Program.

In the Project Room
Robert Jack – Repercussions of Metal and Water

Robert Jackʼs works reflect on microbiological systems and processes, making visible essential aspects of life that are overlooked due to their imperceptible scale. Replication, mutation, and other evolutionary processes have been the main source of inspiration for his paintings and drawings. The artworks featured in the exhibition are primarily fabricated with water and metal as the two essential components. Physically, the pigments are metallic compounds, primarily forms of iron. Water is the solvent for the casein paints. The colors of the pigments are subdued, complex, and earthy, allowing the color to support the structured compositions. The process for his work is slow, made through tiny monotonous marks as if assembling from bits of dust or dirt.

Robert Jack received his BS in Landscape Architecture from The City College of New York in 1994. His work has been exhibited in numerous solo and group exhibitions in the United States as well as in Japan and Spain. The artist lives and works in Brooklyn, New York.