Vera Iliatova – Views, Scenes and Other 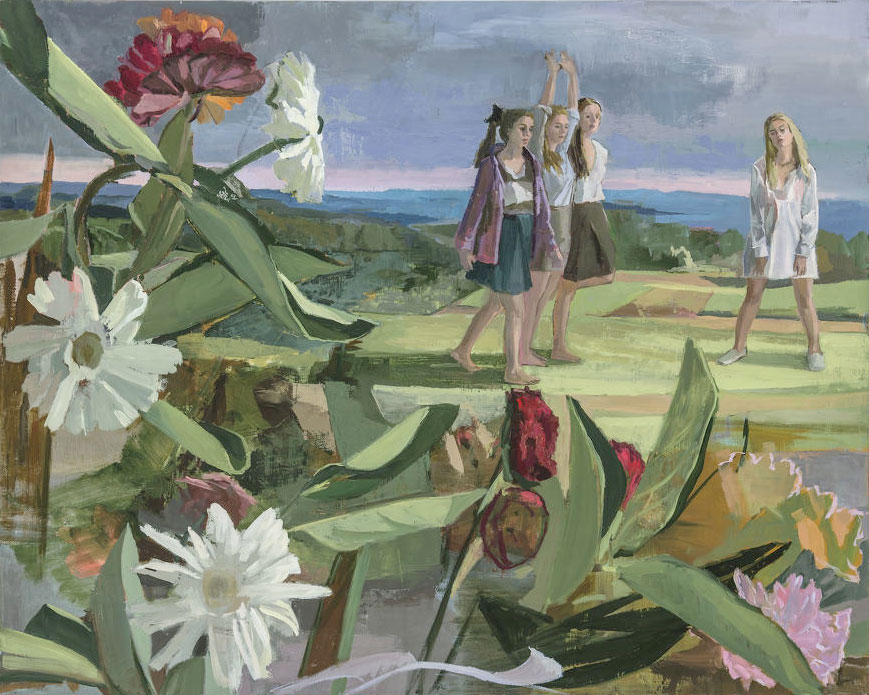 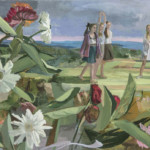 Monya Rowe Gallery is pleased to announce a solo exhibition of paintings by Vera Iliatova titled “Views, Scenes and Other”.

In Iliatova’s new suite of paintings two prominent narratives prevail: women are caught in some type of dramatic interaction or are seen strolling through space, either moving toward or away from the viewer. The focus is on the nature of shifting characters as the protagonists reveal themselves in different ways at different times.

The landscape is the theatrical setting where the melodramas unfold. Exploring the dynamics between groups of young women, Iliatova hones in on the dramatic tension surrounding coming-of-age behavior. Renderings of intimate, sometimes disquieting, moments reveal a keen eye for the psychological pressures found within relationships. Her protagonists are on the verge of discovery. They are scheming and planning. Vulnerable and powerful. This emotional duality permeates throughout the exhibition. The poetic images capture fragments of the awkward transition from adolescence to adulthood. Adding another layer of mystification, Iliatova’s sartorial choices range from contemporary to classic to “old-fashioned”. Her heroines could be the star of a 1960’s French New Wave film or a 1990’s teen television show.