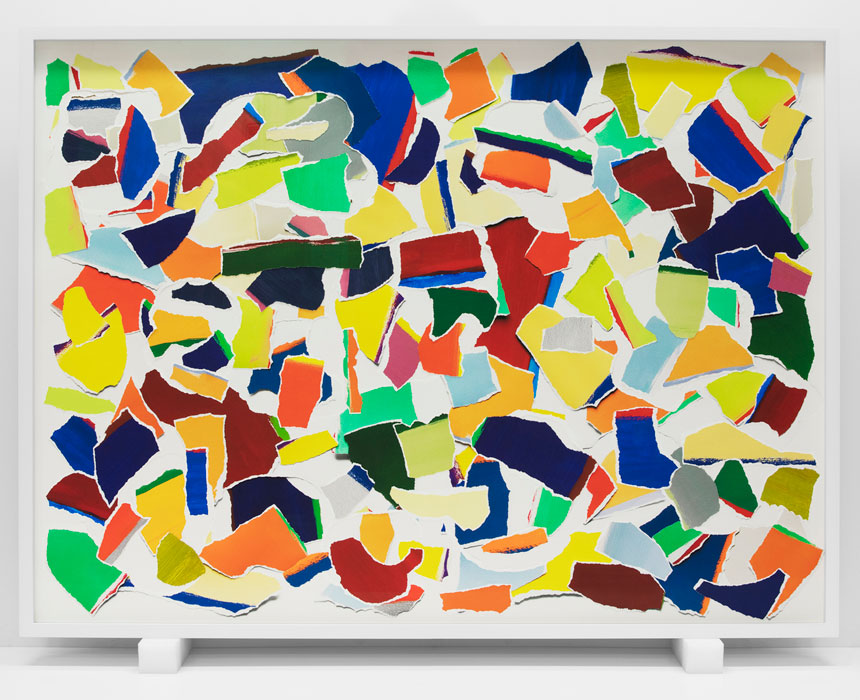 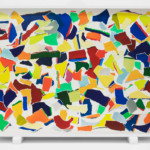 Rena Bransten Gallery is pleased to announce a solo exhibition of new works from renowned artist Vik Muniz. Best known for recreating iconic art historical imagery using unexpected materials (chocolate, garbage, and dirt to name a few) this new series continues Muniz’ lifelong exploration of cognitive and perceptual analogies, emphasizes his interest in visual games, and celebrates his sense of play. Handmade marks a departure from previous series; these works contain both representations of objects and the objects themselves and the compositions nod to Op Art and geometric abstraction, with a possible salute to fellow Brazilian artist Lygia Pape. Like the “is it live or is it Memorex?” campaign, this series asks each viewer to discern between an object and its representation, and to question the relevance of that distinction.

Vik Muniz’ work has been exhibited widely nationally and internationally with recent solo exhibitions at the High Museum of Art, Atlanta, GA and Mauritshuis, The Hague, Netherlands. His work is in the collections of the Art Institute of Chicago; the Los Angeles Museum of Contemporary Art; The J. Paul Getty Museum, Los Angeles; the Metropolitan Museum of Art, New York; Museum of Modern Art, New York; Museu de Arte Moderna de São Paulo; San Francisco Museum of Modern Art; and the Victoria and Albert Museum, London.

He was named a UNESCO Goodwill Ambassador in 2011 for his work with the catadores of Rio de Janeiro, on whom the 2010 documentary “Waste Land” was based. He recently opened Escola Vidigal, a school in the favela Vidigal in Rio de Janeiro, which offers preschool and afterschool programs in art, design, and technology in promotion of visual literacy for children ages 4-8.

He lives and works in Brooklyn, NY and Rio de Janeiro, Brazil.