What I Loved – Selected Works from the ’90s 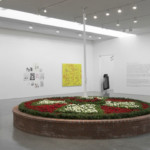 What I Loved: Selected Works from the ’90s, 2017, installation view at Regen Projects, Los Angeles, CA

Regen Projects is pleased to present a group exhibition entitled “What I Loved: Selected Works from the ’90s”.

The 1990s marked a pivotal moment in American history and contemporary art. It was a time of economic recession, the first Gulf War, the Los Angeles riots, 24-hour news, the advent of the Internet and the dot-com bubble, and the fall of Communism. Regen Projects, which opened in 1989, developed alongside and in response to these events and established a roster of artists whose work expressed the zeitgeist of the times. “What I Loved” takes its name from Siri Hustvedt’s 2003 novel, which looks back at the constellation of relationships and events in the New York art world circa 1975 to 2000 through the eyes of an art historian and critic. Similarly, this exhibition revisits these formative years and brings together a group of artists who came of age during this time, and whose work became part of the critical discourse for addressing issues of race, gender, sexuality, identity politics, globalization, and the AIDS crisis, among others.