Will Sheldon – Trouble After Dark 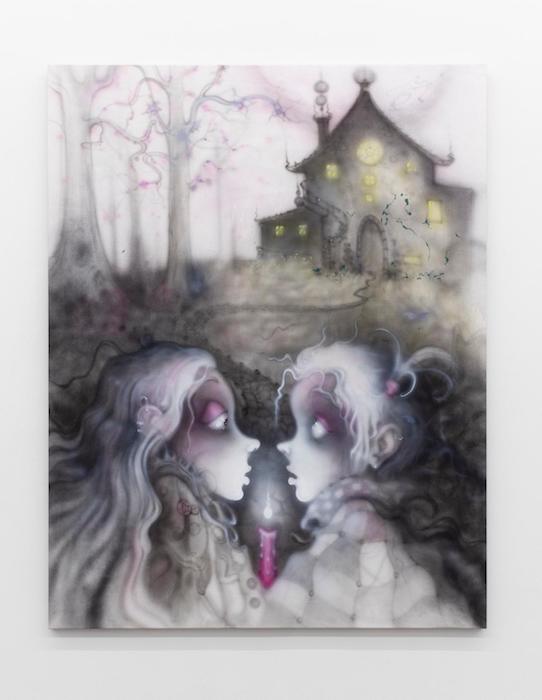 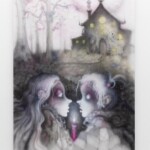 Team (gallery, inc.) is pleased to present a one-person exhibition of new works by Will Sheldon, entitled “Trouble After Dark”. This is the eleventh entry in our project room series “Gallery B”.

Darkness has yet to fall completely in Will Sheldon’s twilit grouping of new paintings, but the gathering shadows thrum with a sense of brewing peril and dreamy dysphoria. The wastelands of “Trouble After Dark” are dotted with spidery, glimmering architecture and wilting trees bowed with puckish melancholy; even without a figure, the environments imply a presence at turns ominous and auspicious. Sheldon’s scenes are inflected with fantasy and psychedelia, describing states of being and feeling that draw us in through an interlacing of the seductive and the off-putting.

The macabre sensibilities of the Baroque are an evident touchstone for the luminous suspense and surreal harm that looms over “Trouble After Dark”, and Sheldon’s negotiation of beauty and horror intermingles Rubens and Gentileschi with a contemporary goth aesthetic. Stylistically, the airbrush-rendered works’ exaggerated artificiality nods to Peter Saul and Lisa Yuskavage, while the fairytale capriccio of “Marvel by Candlelight” filters Thomas Kincaid and the Brothers Grimm through DeviantArt to arrive at a gauzy abjectness all its own. Much of Sheldon’s imagery – ghoulish and angelic faces, tear-glinting eyes, dewey cobwebs, melting candles – might find shared territory on a high school notebook cover or Sharpie-scrawled JanSport. These signifiers of teendom and fandom connect to an overarching theme of an inner life and inner world brought into visual form.

Rather than being oriented around characters or narrative, Sheldon’s scenes are invested with an allusive quality that makes the entities and elements register closer to apotropaic daemons, emotional avatars, and talismanic articles. Similarly, the paintings’ apocalyptic-pastoral wastelands and environs of chronic failure feel highly specific yet untethered from time and place; Sheldon approaches the futuristic as an inherently dated aesthetic that recalls the past more than it evokes the future. The pace of change in the present day is perhaps most closely rivaled by that of the Victorian era, when, Roger Luckhurst writes, “Every scientific and technological advance encouraged a kind of magical thinking and was accompanied by a shadow discourse of the occult. For every disenchantment there was an active re-enchantment of the world.” Within the mesmeric atmospheres of “Trouble After Dark”, the organic, supernatural, and technological are given equal say in shaping the physical world and rendering the psychological landscape.

For “Sitting in Skull Garden,” Sheldon retools frailty into armor and ornament adorning the spindly form of the central figure. Their sexuality and elongated limbs call to mind the illustrations of Aubrey Beardsley, whose sinuous flourishes and emphasis on line is also reflected in Sheldon’s craft. “Trouble After Dark” hinges in part on this melding of symbol, environment, and figure; rather than functioning as discrete elements, their fusing amplifies their shared anthropomorphic qualities and symbolic layers.