William Steiger – Ghosts In The Machine 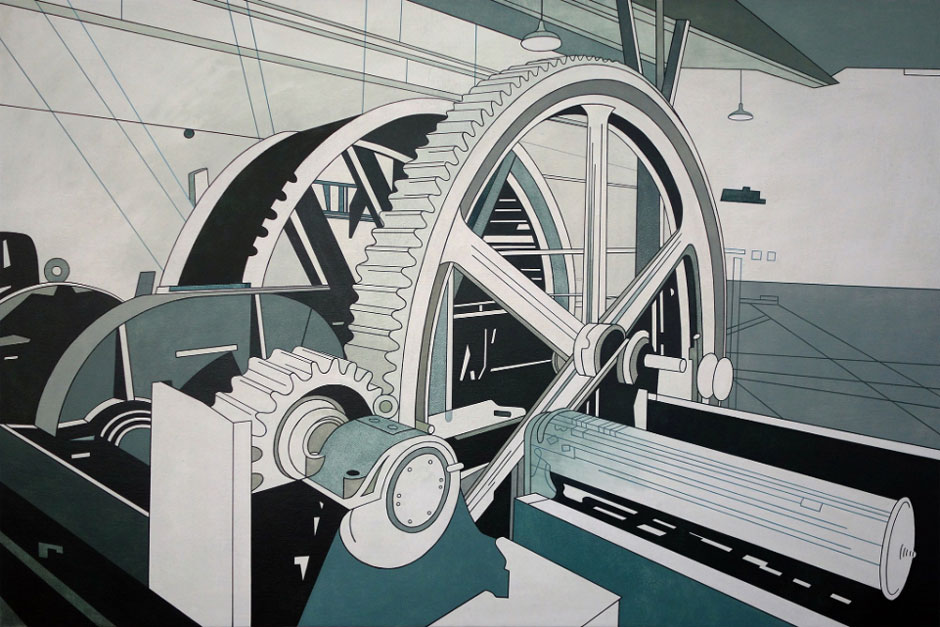 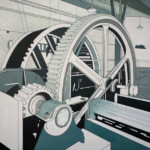 Margaret Thatcher Projects is excited to present “Ghosts In The Machine”, William Steiger’s eleventh solo exhibition at the gallery featuring new, intricately detailed works that continue to explore themes of urbanization, modernity and our structural world.

From meticulously rendered paintings to layered mixed media collages, William Steiger continues his exploration of the structural world and delves into the inner workings of his iconic landscape narratives. His latest oil-on-linen paintings, which boast cropped sections of famed New York City buildings, incorporate time with the use of subtle variations from past works that further questions the relationship between humanity and industrialization.

Monochromatic color palettes and unspoiled scenes of vast landscapes evoke a sense of nostalgia as Steiger visually marries the past and the present by juxtaposing such abstracted landscapes with rigorous linear cityscapes. He references the machine-like elements of both urban and rural habitats through the use of sizable paintings as well as smaller collaged works that almost appear as prototypes that hint at larger paintings yet to come.

“Ghosts In The Machine” is a continuation of Steiger’s use of the familiar, taken to a place beyond realism, into a philosophical and theoretical mind space.

William Steiger received a B.A. in Art from the University of California, Santa Cruz and an M.F.A. in painting from Yale University in 1989. Steiger has been a recipient of numerous grants, fellowships, and awards, including The Elizabeth Greenshields Foundation Award, Basil H. Alkazzi Travel Award, London, England, and The Phelps Berdan Memorial Award for Distinction in Painting, Yale University. His work is included in numerous private, public and corporate collections. Steiger has had more than 35 solo exhibitions worldwide including New York, Seoul and Tokyo. He has been making prints with the prestigious publisher Pace Prints since 2004. In 2011, Hudson Hills Press published a 200- page monograph on the artist’s work with 13 contributing writers and over 200 images. The artist currently lives and works in New York City.