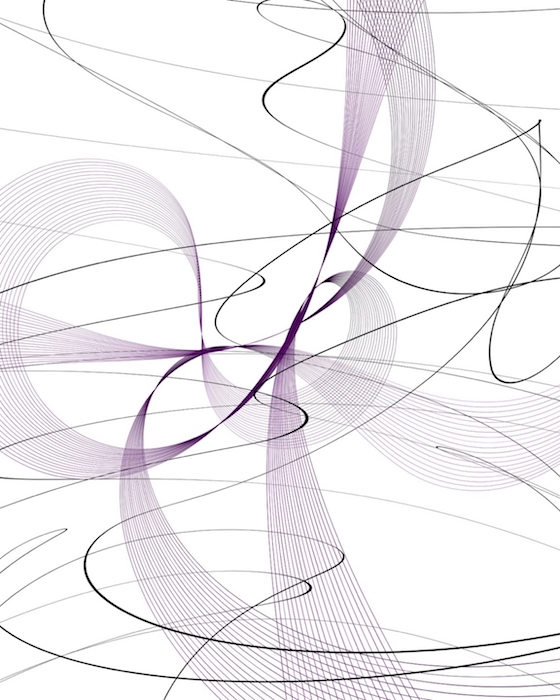 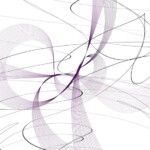 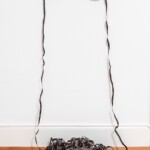 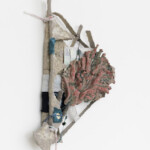 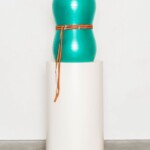 Lines shape the make-up of our cultural fabric. As such, they connect as much as they divide, and they have the ability to both substantiate and abstract. In this day and age, our actions, plans and hopes seem to hang by a thread – rendering such defining properties of lines all the more important for our daily existence.

The exhibition “Wire, Line & String” places the interaction with the ubiquitous notion of the line at the forefront – exploring the subjective concept, identity and meaning of ‘the line’, representing both connection and separation, beginning and ending. The group show illustrates the kind of in-between state that resulted from the pandemic: we are caught between a seemingly carefree past and an uncertain future – with the hope of new connections arising during this time. In this view, Mai 36 Galerie brings together artists from numerous cultural backgrounds and several generations, spanning five decades. Individually, the featured artists contextually translated their unique perspectives into their medium of choice, reaching from wire to string, from paper to wood etc. Collectively, the exhibited works represent a unique spectrum of overlapping and contrasting manifestations of the exhibition’s common thread.

By stretching single strands of yarn point-to-point at the end of the 1960s, American artist Fred Sandback (1943–2003) created his infamous near intangible geometric figures which amounted to precise and subtle pictorial planes and architectural volumes. Bringing such explorations into the digital realm, Thomas Ruff (*1958 in Germany) used a 3D computer program for his series ‘zycles’ that helped him translate mathematical formulas into complex line structures. The abstract meshes of lines develop in front of an open and immeasurable deep space and are seen as both fine and accentuated but altogether, calculated. These forays stand in stark contrast to the work of Albrecht Schnider (*1958 in Switzerland), whose seemingly precise drawings are far from calculated. In the spirit of ‘écriture automatique’, his works are executed with the greatest possible freedom and autonomy, whereby all design specification is secondary and the lines are flowing directly from the hand. Thus, Schnider’s approach to creating does not involve the abstraction of external objects, but rather finds form and meaning through thought-free execution. In turn, Isabel Nuño de Buen‘s (*1985 in Mexico) careful and reflected crafting process captures the subtleties of architectural fragments, urban landscapes and natural shapes. Her delicate yet emblematic works are characterized by an organic vocabulary of forms, which blur the borders between our external and internal worlds.

Whether geometric, organic, abstract, or figurative, the artists of this group exhibition demonstrate the possibility of turning something as banal, yet profound as the line – whether as a constructive or destructive force – into an exhilarating formulation of the cultural experience.

“A line ofstring isn’t a line, it’s a thing, and as a thing it doesn’t define a plane but everything else outside its own boundaries. It’s an ‘aggregate of experiences’ equally… a conceptualization to make something which can be perceived in enough different ways that its identity becomes apparent as something independent of the mode of perception employed”. (Fred Sandback)