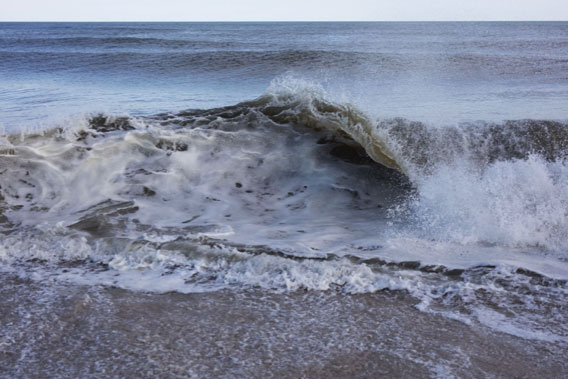 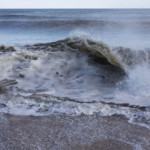 Regen Projects is pleased to present an exhibition of photographs by German artist Wolfgang Tillmans. For his seventh solo show at the gallery Tillmans brings together a broad selection of new and previously unseen work that spans the various themes, visual motifs, and processes developed over the course of his career.

For nearly three decades Tillmans has challenged and expanded the field of contemporary photography. His distinct multi-faceted visual aesthetic comprises complex installations filled with evocative pictures that capture places and the pulse of its youth culture, experimentations with abstraction and scale, and methods of image making that abandon the camera, all of which have helped push forward the limits and possibilities of the medium.

The exhibition revisits long-standing interests present in the artist’s oeuvre. A recent picture depicting a pair of black shorts draped on a banister references an early motif expressed in ‘grey jeans over stairpost,’ taken in 1991. Several startlingly pink large-scale abstract works from his signature “Freischwimmer/Greifbar” series are prominently affixed onto the gallery walls. Examples of Tillmans’s interest in exploring the fundamental qualities of the photographic process, these non lens-based photographs are the result of light exposed onto color photographic paper. Shown together these works challenge common perceptions of the real and question how photographic processes change our conception of the world around us.

Referencing both art history and the modern world, several images of the Atlantic Ocean are depicted in the tradition of naturalism, dating back to Gustave Courbet. Endlessly open onto a seemingly infinite horizon line they can be seen as visual metaphors evoking the seminal ‘sea changes’ in our contemporary global society. Populating the installation are intimate portraits of friends, collaborators, and what the artist terms ‘free humans.’ Elsewhere a freely composed still life explores the potential of a bunch of vegetables bought in a market in Jamaica, Queens. In a world that is constantly generating and disseminating new images these glimpses of vernacular quotidian life encourage the viewer to question what it means to make a portrait or a still life today, when the artist is fully aware of everything that that impossible task encompasses.

On display in the center of the gallery is a sculptural table installation from his Truth Study Center, which was on view as part of his first traveling US museum retrospective in 2006-7. For this particular iteration Tillmans will employ the tables in a new method, addressing concepts of time and truth from a personal as well as scientific point of view.

As with all of his exhibitions, each installation is site specific and Tillmans pays particular attention to the architectural qualities of the space in which his works are displayed. The result creates elaborate configurations that combine different sizes and orientations of prints that are hung both framed and unframed to the walls. Within the exhibition space each image intermingles to form new constellations of meaning and possibilities for aesthetic dialogue. When viewed as a whole, the exhibition presents a light hearted portrait of the world in which we live, undertaken with a deep awareness of just how endangered the freedoms and liberties we enjoy today really are.

Wolfgang Tillmans (b. 1968 Remscheid, Germany) studied at Bournemouth and Poole College of Art and Design, United Kingdom, graduating in 1992. He lives and works in Berlin and London.

Tillmans has been the recipient of numerous awards, including the Hasselblad Foundation International Award in Photography (2015); Royal Academician Award (2014); Turner Prize (2001); Ars Viva Prize (1995); and Wirtschaft Prize (1995), among others.