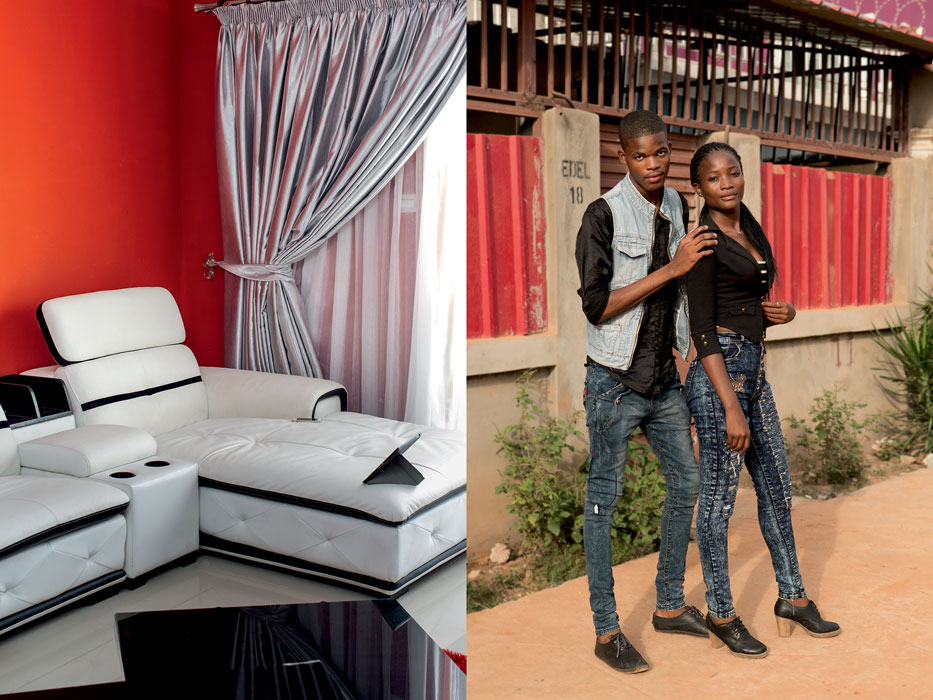 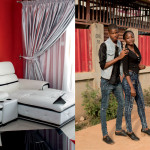 Flurina Rothenberger: aus dem Buch “I love to dress like I am coming from somewhere and I have a place to go”, images from the African Continent, 2004 – 2014, Edition Patrick Frey, Zürich, 2015 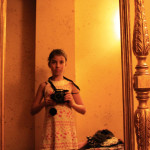 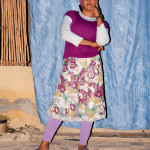 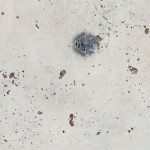 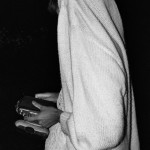 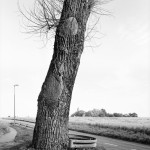 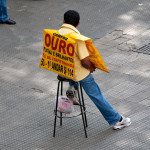 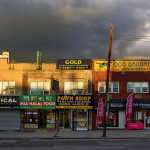 We see the world in images. Our view of the world is shaped by them. Over the course of the past ten years, the exhibition series “World Images”, showcasing contemporary international photography, has been providing opportunities to look at things and people differently and, in doing so, perhaps, to see oneself differently as well. The focus of “World Images 6” is on the individual: on how we find direction, how we are manipulated, how we are left to our own devices, how we move within the community, how we perceive society and the self.

The “World Images” exhibitions at Helmhaus, which are always held in winter, have become something of a tradition. For the sixth time in ten years, the latest in the series offers insights into how various artists see and image the world around them. With each exhibition, the number of visitors has increased. In such uncertain times as these, we feel a mounting need to understand more about the world than we can glean from the mass media. Artists portray the world differently. Their gaze penetrates the very essence of things, dares to be subjective and even to question the existential.

Geographically, this exhibition, the sixth in the series, spans five continents and subcontinents, with the exception of Australia, visits fifteen African countries and goes to places as diverse as Jordan, Russia, China, Brazil, the USA, Canada as well as Sweden, Belgium, Germany, Italy, before returning to Switzerland. Thematically, it focuses on people, how they see themselves, how they interact with one another, and how they behave in the wider social environment.

The intensity of experiencing a single, exemplary image counters the visual overload that is so often noted. Photography is an ideal medium through which to explore the relationship between people and the world around them. Its delimitation of space and time invites focused contemplation. The reality it portrays is one that has been transformed and imaged. In documenting reality, it documents a subjective notion of reality. The camera, as an “extension of the eye”, delves into that which arouses the interest of the photographer. And the view it presents triggers reflection. What appears at first to be unfamiliar ultimately leads us back to ourselves.

This existential dimension is an intrinsic aspect of the works in the exhibition: they are images that confront us with ourselves. For instance, by making us aware that we can feel as lost in suburban no-man’s-land as we can in the jungle; but also by making us realise that we can face this feeling with open eyes and relate to what it is that creates such a sense of insecurity and manipulation. The exhibition also reveals relationships between ourselves and nature, ourselves and culture, that are less fraught; relaxed interpersonal relationships when there is openness, trust, and when there is mutual exchange instead of aloof reserve – be it within the (extended) family, the social fabric of a village community or a city. In principle, all of the images demonstrate that this attitude to others also requires a corresponding attitude to the self – for each photograph reflects not only its subject matter, but also the view of the artist. This is particularly evident when a photographer points the camera at herself.

“World Images 6” is also exciting in its breadth of form: Sharply focused, large-format prints are included alongside atmospheric images in which such clarity of technical detail is not a priority. Whether pasted onto a carrier, heavily framed or simply pinned to the wall, many different presentational aspects of contemporary photography can be found here.

The six “World Images” exhibitions since 2005 have presented 49 diverse and at times even contradictory insights into an inexhaustible subject of visual enquiry. As ever, this time around we present four photographers from Switzerland and four from other countries. Four of them are women, and four are men. The entire long-term project by curatorial duo Andreas Fiedler and Simon Maurer has been documented successively in six illustrated and commentated volumes published by Verlag für moderne Kunst, now comprising more than a thousand pages in all and providing what may be described as a veritable compendium of contemporary photography.

The exhibition “World Images” 6 begins with young Swedish photographer Lina Scheynius turning the camera on herself. She is her own world. Here, photography is both a quest for identity and a proof of existence. The innermost and outermost of her own body is shared with the world. The exhibition then leaps to Africa: what image do we have of everyday life in Africa? Young Swiss photographer Flurina Rothenberger, who grew up in Africa, brings us a book brimful of images showing the talent of a continent in dealing with contrasts. The present becomes the theme in the dual images by Paul Graham: is there even such a thing as the present? This British photographer juxtaposes two images of New York street life, between which there is a gap: representing the ephemeral? The present and happiness are both impossible to grasp: In the next room, as though from some previous decade and yet as though entirely in the present, we find the works by Annelies Štrba featuring her extended family. For the first time, the “grand and still young lady” of Swiss photography presents her works on paper. Memory, remembrance and a different kind of community are the themes addressed by the young Swiss artist Gilles Fontolliet. In Sowayma, a Jordanian village on the Dead Sea, he has created portraits of many people and has given them the pictures. Lukas Hoffmann, a Swiss photographer based in Berlin, strolls through suburbs and brownland spaces, where he finds unusual subjects for his images: bushes and fences, broken barriers and shadowy forms become both concrete and abstract visual elements. Dutch photographer Marike Schuurman, who also lives in Berlin, has devoted her attention to the advertising-free public spaces of São Paulo. Banished from the walls of buildings, advertisements are now carried on the backs of human sandwich boards proclaiming the potential to turn gold into cash. The monumental works of young Chinese photographer Shan Feiming address the sense of solitude in nature and among people, of love and the loss of love, hurt and care – an existential statement that is both personal and social.

The exhibition is accompanied by the sixth volume in the series “World Images”. The book contains high-quality illustrations of almost all the works shown in the exhibition, along with informative and authoritative texts by Andreas Fiedler, artistic director of KINDL – Centre for Contemporary Art in Berlin, and Simon Maurer, director of Helmhaus Zürich. The book is designed by sofie’s Kommunikationsdesign, Zurich, and is distributed by Verlag für moderne Kunst.

Six years ago, starting with “World Images 3”, Helmhaus Zürich began to accompany each of these exhibitions with concerts. Since then, we have organised more than fifty concerts – each one of them unique and performed within an environment that can never be repeated – combining music and art. The concerts have featured stars such as Stephan Eicher and Pierre Favre as well as rising talents such as Vera Kappeler and Simone Keller. The musical programme is in the hands of Juliana Müller, who has selected two musicians for solo performances to accompany “World Images 6”. Both of them live in Switzerland and both have brought the sounds of their respective backgrounds to Zurich. Fatima Dunn, cellist and singer-songwriter with Irish roots, weaves cello, voice and loop-station into the lyrical creations of a one-woman orchestra. Elina Duni interprets Albanian folk songs with the stylistic vibe of modern jazz, accompanied by a touch of guitar, percussion and piano. The concert programme, too, ensures a meeting of cultures.