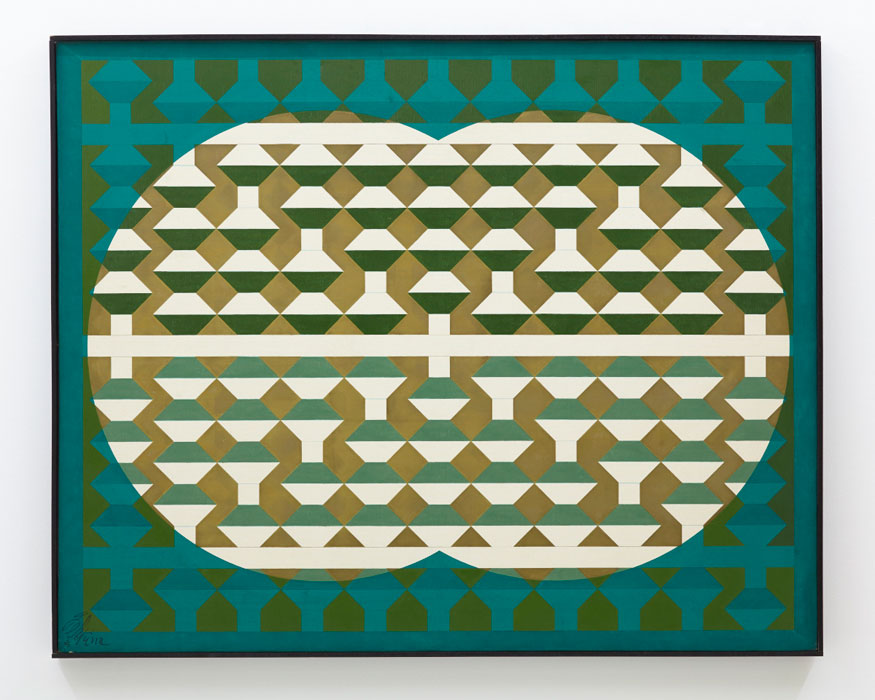 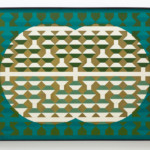 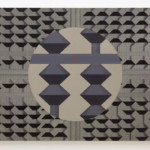 Taka Ishii Gallery New York is pleased to present a solo exhibition of works by Yoshio Sekine. Sekine was a founding member of ‘Gutai,’ an avant-garde art collective formed under the leadership of Jiro Yoshihara. The exhibition features one of Sekine’s early abstract works in addition to a selection of paintings depicting abacuses that he had produced in the later years of his career.

In recent years, there have been increasing movements that support the evaluation of Postwar Japanese avant-garde art in the US and Europe. Gutai became widely recognized in the context of the Western art world since the late 1950’s, and in light of the “Japon des avant gardes 1910-1970” exhibition held at the Centre Pompidou in 1986, achieved its critical position as a leading movement of Postwar Japanese art. Since the 2000’s there has been more in-depth and active research concerning art movements of non-Western areas including Japan, as a result leading to the conception of the exhibition, “Gutai: Splendid Playground” at the Guggenheim Museum of Art (2013, New York), which marked Gutai’s first ever large scale solo presentation at a North American Museum. Currently, Gutai is re-recognized as being one of the most important international avant-garde movements to have emerged since World War II.

The end of World War II had brought about a significant surge of change. The world’s markets came to be managed through means of international financial capital, and efforts were put in place to reconstruct a system that based itself on a giant capitalistic economy. By the 1960’s many artists had begun to express a heightened sense of skepticism towards capitalism and the rapid onslaught of change, subsequently resulting in the emergence of major movements in Postwar Art such as Art informel and Arte Povera, and in Japan, lead to the founding of Gutai and Mono-ha. Under its manifesto to “present concrete proof that our spirit is free” (‘Gutai’ literally means ‘concrete’ in Japanese), Gutai produced a diverse range of works including abstract paintings that physically mediate the very process of painting, dynamic performances using their bodies, and interactive installations. The works of Gutai essentially convey the intrinsic desires of the youth at the time; a desire to re-question one’s own existence from a physical dimension and to obtain a new sense of vitality through means of gestures and actions symbolic of destruction amidst a backdrop of disillusionment and prosperity brought on by Japan’s high economic growth. Even when considered within an international context, Gutai has indeed served its role as a forerunner of Japan’s Anti-Art movement, creating the format for Happenings years before the activities of Kaprow and Fluxus. Gutai’s concepts and practices were widely introduced to the US and Europe through their encounter with French art critic and leading advocate of Art informel’s philosophy of painting, Michel Tapié.

For over a quarter of a century since the early 1960’s, Yoshio Sekine had continued to create works depicting such motifs of ‘abacuses,’ ‘gates,’ ‘wagons,’ and ‘Mt. Fuji.’ Among them, the abacus in particular had been a familiar object for Sekine, and was the most prevalent and recurring motif within his paintings. The images of these abacuses convey a structural alignment of primary formative elements comprised solely of horizontal, vertical, and oblique lines. While they are indeed figurative paintings, the abacuses are sublimated to abstract expressions that manifest as symbols rather than portraying the very image of the object itself, thus inviting the viewers to a realm that finds itself on the boundary between illusion and the concrete. The structure of Sekine’s paintings with its repetition of abstracted abacus beads embody the strength to expose and bring to light Japan’s period of high economic growth, a space in which everything conceivable had been transformed into mere symbolic form.