Yuki Kimura – Thus and So Rather Than Otherwise 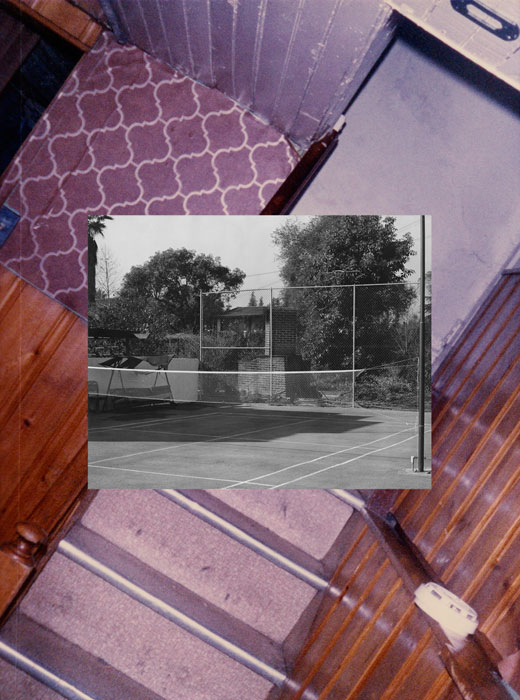 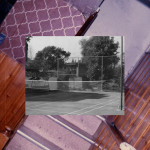 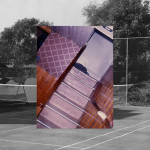 An enlarged image of a tennis court is printed on a screen that hangs from the ceiling to the floor. There are four such screens, suspended in three separate spaces. Photographs that have been framed respectively from large, medium, to small, are placed in a stack of three on top of a sawhorse. All of the photographs are the same, each capturing an image of stairs. Half-drunk bottles of tequila of the same brand, one large and the other small, sit on a grey marble stand atop a white pedestal. A half mirror stands in the space between the two bottles. Cornice-like panels with a small photograph placed upon one of them, extend vertically from an open attaché case on the floor. There are two of these.