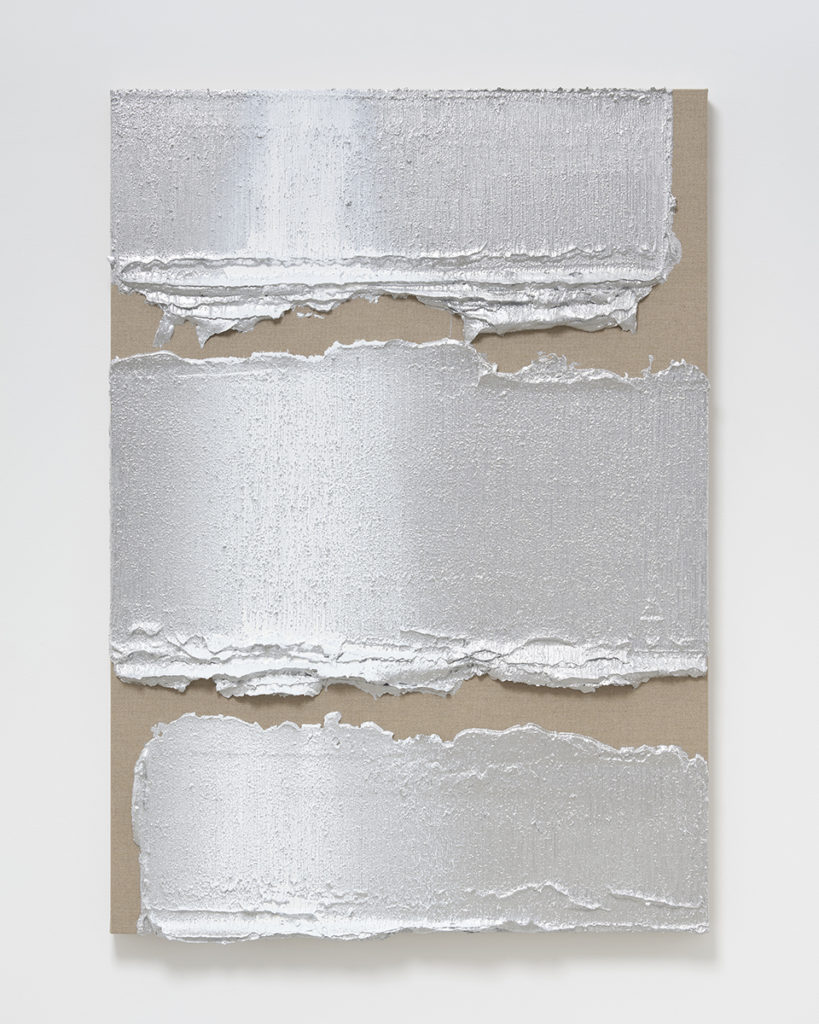 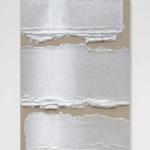 Kosaku Kanechika is pleased to present Yutaka Aoki’s solo exhibition “Walking Bride”. Yutaka Aoki expands the scope of painting through an examination of the relationship between painting and the surrounding world, and through the many new possibilities that are born from that exchange. This exploration results in works that migrate freely between two- and three-dimensionality, and in works that respond not only to material and production process, but to their relationship with the audience’s gaze. Aoki’s approach also seeks to capture the ever-changing countenance of paintings, articulated as single moments along the axis of time. By repeated experimentation and the application of newly discovered processes, Aoki is continually rediscovering painting itself.

Aoki provided the following statement about the exhibition, which will be his fifth solo show at Kosaku Kanechika.
“Last year, I found myself on a breathtaking Japanese veranda. Bathed in light mediated and fragmented by trees, I progressed down from the second floor to the first floor. Walking along, the bright diagonal line of a small window at the far end beckoned. As I approached, a mossy garden – coarser than the one seen from the upper floor – came into view. Lulled to silence, each of us who encountered this space found a place to sit down and take in the scene. As the wooden floorboards creaked, reflections from the polished floor infiltrated the garden and the building. The whole environment seemed to be trembling. I was unmistakably in the overlap of realities, as I felt their boundary’s power over me. I feel a need to respond to the beauty that is found at the edge of such borders.”

Aoki states that the sensation he gained from this powerful experience “seemed to summarize painting from the Impressionists onwards at the same time as reflecting the present.” This can be explained in further details as follows.

The flight of stairs that Aoki encountered in his episode played a large role in his experience, which he describes as being evocative of Marcel Duchamp’s painting “Nude Descending a Staircase, No.2.” Aoki, who interprets the nudity as being symbolic of the transformation from the divine (myth) to human (reality), describes the movements represented by series of ripples in the painting as “a declaration to pull the painting down into the real world (releasing it from the retina).”

However, this transformation would not be a success. Paintings that now reap the benefits of the new kind of “myth” — the layer — have become homogenized with the promise of transparency and continue to be overwritten by tiers of translucent film.

Based on this analysis, Aoki presents a critical perspective that the “myth” of the present age — the layer — is the final destination of humans (reality) after their descent down the staircase, after which they will be found in a continually suspended state.

In response to this, Aoki attempts to mediate “the confrontation between the painting and reality” by eroding the layers that sit atop the painting. Though the dynamic use of paint sprayed in directions unrelated to the brush strokes, the manipulation of shadows onto the canvas and multilayered application of paint assembled with other techniques, Aoki employs the layered elements of his work to facilitate the unrestrained encounter between the painting and reality.

Inspired by his experience on the Japanese veranda, Aoki’s “Walking Bride” presents new works as he undertakes the challenge of discovering a new artistic path through the integration of his own experiments into art historical trends.

Yutaka Aoki was born in Kumamoto Prefecture, Japan in 1985, and is currently based in Tokyo. In 2008, he graduated from Tokyo Zokei University’s Department of Fine Arts, and received a Master of Fine Arts from the same institution in 2010.