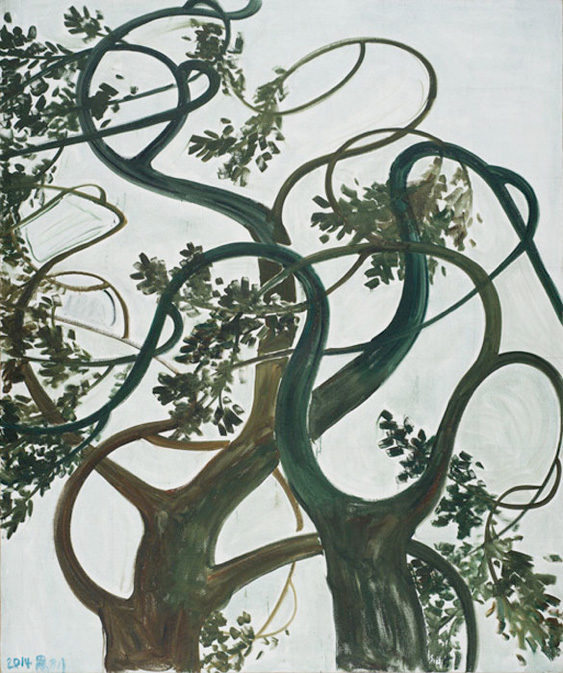 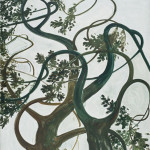 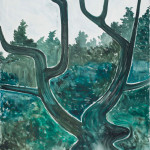 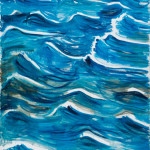 Hauser & Wirth Somerset is proud to present ‘Four Seasons’, a series of brand new paintings, alongside a ‘Space Painting’, where the artist will paint directly onto the walls, ceilings and floor of a room. The works are all connected to the natural environment; enlarged views of water, leaves and trees.

Zhang’s delicate paintings bring nature into close-up, subtly blurring the boundary between indoors and out. The works are rarely produced from direct observation, but from sketches, photographs and, significantly, from his memories of the objects he is depicting. Zhang’s tree paintings are taken from photographs of the trees that line the streets of Shanghai. The trees appear elevated, viewed from below; they are never rooted to the ground, but rather appear to float in the sky, causing the viewer to stop and reflect. The trees, a constant marker of the four seasons and the passing of time, are imbued with their own individual characteristics, playing on the idea that everything living is sentient.

Influenced by the loose washes of traditional Chinese brush painting, Zhang dilutes his paint until it is almost like a glaze, leaving pencil-drawn grids visible beneath the layers of paint. By allowing the grids to show through the painted surface, Zhang constantly reminds us that his paintings are artistic constructs, not direct replicas of any given object. The perspective of each painting is skewed to heighten the drama of the object’s shape, but Zhang’s expressive lines and curves are kept in check within this measured framework. In this way, the rigid structure of his pencil-drawn grids can be viewed as a means of ordering the chaos of contemporary life.

The muted tones and thin application of paint make the objects seem not quite present, as if occupying a liminal reality where only the essence of the object is portrayed on the canvas. His subject matter is usually enlarged, so that only a specific fragment of a scene is shown, as seen through the viewfinder on a camera. Although Zhang chooses to work with grids, a common technique when enlarging photographs, this belies the nature of his practice, since his depictions are not faithful renditions of objects, but highly personal offerings.

In his ‘Space Paintings’, Zhang paints directly onto the walls of a room to create nostalgic environments. These range from the abstract, where colour and gesture recall sights and sounds of a particular place, to figurative reproductions of redundant, empty spaces. For Hauser & Wirth Somerset, Zhang will create a ‘Space Painting’ in the area between the two galleries, depicting his responses to the landscape and stimulus around him and his experience of the physical space in which he paints. The scale, and the lack of a traditional frame, alters the relationship between viewer and work, demanding the viewer retraces the steps of the artist and relives his experience of this physical space.

Zhang Enli was born in 1965 in Jilin, China. In 1989, he graduated from the Arts & Design Institute of Wuxi Technical University and relocated to Shanghai where he was a teacher at the Arts & Design Institute of Donghua University until 2008. Zhang remained largely overlooked during the post-socialist Chinese art boom of the nineties, escaping the hype of his more fashionable Chinese contemporaries. He is continuing to gain recognition for his work internationally.