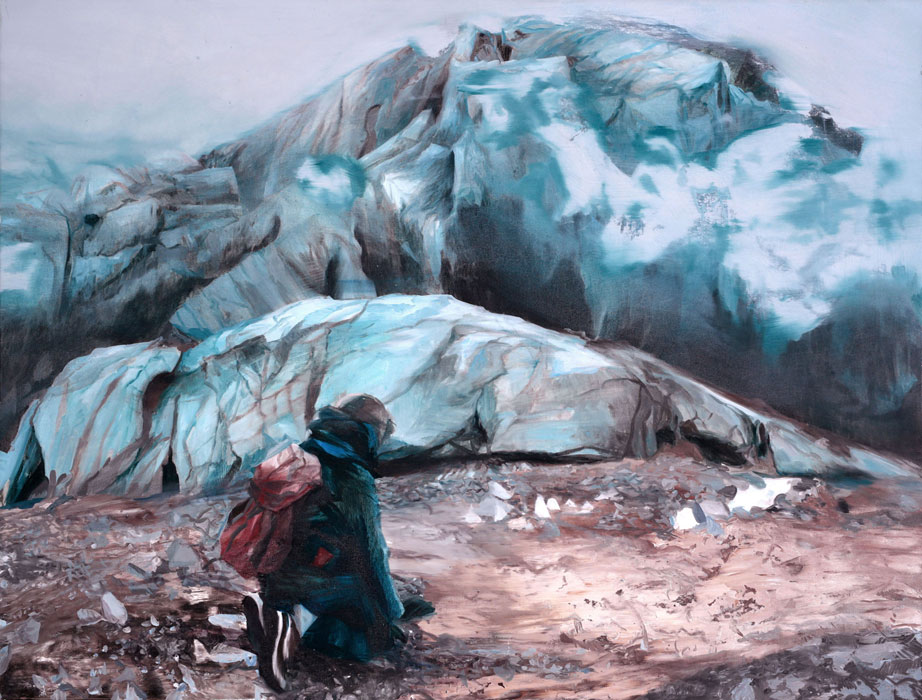 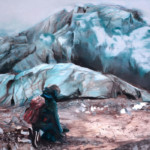 Sometime during 2015, Croatian artist Zlatan Vehabović was informed that he was included in an artist residency program called The Arctic Circle. The program’s expedition is aboard a tall ship Antigua, sailing the far north region of the polar Arctic Sea along the coastline of Svalbard archipelago sitting just bellow frozen polar cap. With a crew of artists and scientists, the mission was to explore these icy regions in pursuit of inspiration and creative discourse. In the autumn of 2016, Vehabović set sail.

Vehabović reflects on the events that led to a new body of work: “5 intense weeks followed made of sailing, disembarkation in uninhabited coastal areas of the vast archipelago, active mountain hiking, and touring abandoned residences and small towns in the region. With nothing more than a small pocket camera I documented all of that as thoroughly as I could. This material was crucial upon my return to studio back at home. After tiresome revision of entire recorded base I have divided the material into four separate groups, partly from the evident nature of the material and the rest by personal interests. These are: expedition, landscape, history / politics of the region and finally the ecological aspect of my experience of this extreme region. By rearranging and superimposing different parts of the source material, a strong springboard was set on which new paintings were made.”

The resulting body of work is an enigmatic puzzle of memory, documentation and fantasy. Grand polar landscapes are jarred with fragments of clashing subjects; or vice versa, portraits are broken and disrupted; perhaps an allegory of our times. This is the first presentation of the works in the US.