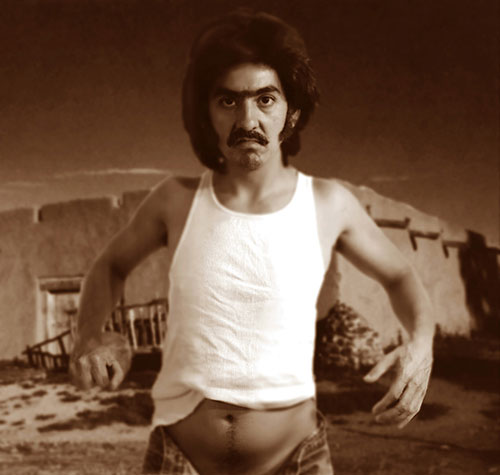 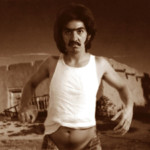 Luis De Jesus Los Angeles is very pleased to announce Ken Gonzales-Day’s, third solo exhibition with the gallery, titled “Bone-Grass Boy: The Secret Banks of the Conejos River”. Assembled for the first time since it’s creation almost 25 years ago, the exhibition is an official Participating Gallery Exhibition of Pacific Standard Time: LA/LA, the Getty-led exploration of Latin American and Latino art that launches on September 15, 2017.

“Bone-Grass Boy: The Secret Banks of the Conejos River” (1993-1996 / 2017) was created as an artistic response to the heated debates that raged in the late 1980s and early 90s around AIDS, gay and transgender rights, immigration and the border, and multiculturalism – and directly addressed mixed racial identity – at a time when the work by Latin artists were rarely exhibited or written about. This significant body of work established Gonzales-Day’s interest in uncovering missing histories in what can now be seen as his unique use of historical research and laid the groundwork for his future projects that include “Searching for California Hang Trees”, “Erased Lynchings”, and “Profiled”.

“Bone-Grass Boy: The Secret Banks of the Conejos River” is a conceptually driven photographic project that manifests itself in two ways: first, as a literary trope of the frontier novel of the late nineteenth century and second, as a digitally constructed artifact whose material existence stood in for the historical absence of such texts. Not surprisingly, such novels often depicted Native and Latino inhabitants as ridiculous personages encountered on an otherwise naturalized conquest of the West. Bone-Grass Boy is their nemesis.

Set during the U.S.-Mexican War (1846-48), a period that saw bitter struggles between cultures and brought within the control of the United States the future states of Texas, California, Nevada, New Mexico, and Arizona, the work depicts the effects of the annexation on two main protagonists. Ramoncita is a Native/Latina “two-spirit person” who, the reader learns, is forced to kill the rancher to whom she has been indentured. Nepomuceno, a New Mexican soldier, fights on the Mexican side, only to have to sneak back to his homeland, now an American territory. In the tradition of self-portraiture and theatrical role-playing in art, Gonzales-Day assumes the role of all of the characters in the photographs.

Campy and melancholic, “Bone-Grass Boy” makes use of new technologies of the day (Photoshop 2.5 and Quark) in an attempt to construct what might be thought of as a fictitious “nevermade.” The work creates dialogue with Marcel Duchamp’s now archetypal readymades such as “Fountain” (1917), a signed urinal that was initially rejected for its conceptual illegibility. The reversal of the readymade-that is to say, the creation of an object that was never made, but that is given the appearance of a historical document-offers a subtle and humorous critique of the avant-garde appropriation of the everyday object, which, it could be argued, made use of objects that, at the most basic level, retained the historical and material privileges of Western culture. Because of the opacity of cultural difference embodied within the images and the text, some might argue that Bone-Grass Boy’s performative and narrative intervention challenges once-static notions of authenticity.

And, yet, while “Bone-Grass Boy” is a wholly fictional story, Gonzales-Day offers a playful nod to history by naming a number of the characters after his own ancestors. Taking this idea a step further, he has researched and created a new work in the form of a family tree that traces his family back to the mid-16th century and shows the intermarriage and lines of descent of Mexican, Native American, Aztec, and Spanish descendants-traversing a broad swath of territory not unlike the one that is described in the book.

The exhibition includes over 20 vintage C-prints, 66 newly re-mastered pages from “Bone-Grass Boy”, and sculptural objects used in the creation of the series.

Ken Gonzales-Day came out as a gay man at the height of the AIDS epidemic. He was an art student in New York City and worked alongside David Wojnarowicz, Hunter Reynolds, and Tony Feher as an art handler, helping to install exhibitions such as the “Feliz Gonzalez-Torres” exhibit at the New Museum in 1988 and “Warhol” at MoMA in 1989 before attending the Whitney Museum’s Independent Study Program (ISP). “Bone-Grass Boy: The Secret Banks of the Conejos River” was his first major project after moving to the West Coast to study with Daniel J. Martinez, Pat Ward Williams, and Catherine Lord in the graduate program at the University of California Irvine (UCI) – a period when California saw anti-immigration supporters pass Prop 187 to limit access to state funded services for undocumented workers and marriage equality was unimaginable.

Ken Gonzales-Day was born in 1964 in Santa Clara, CA. He lives and works in Los Angeles, and is Professor and former Chair of the Art Department at Scripps College, Claremont, CA. Gonzales-Day’s interdisciplinary and conceptually grounded projects consider the history of photography, the construction of race, and the limits of representational systems ranging from the lynching photograph to museum display. Begun in the late 1990s, they are ongoing and currently include “Searching for California Hang Trees”, “Erased Lynchings”, and “Profiled”. In 2011, the Los Angeles County Museum of Art published “Profiled”, his Photo Arts Council (PAC) prize-winning book that documents the first phase of the project.

Concurrent with “Bone-Grass Boy”, Gonzales-Day will take part in several Pacific Standard Time: LA/LA exhibitions, including a solo exhibition of newly commissioned work titled “Surface Tension: Murals, Signs and Mark-Making” in L.A. at the Skirball Cultural Center (conceived as a companion exhibition to Another Promised Land: Anita Brenner’s Mexico), and Seeking Level Ground, at the Guggenheim Gallery, Chapman University (in conjunction with Emigdio Vasquez and El Proletariado de Aztlan: The geography of Chicano murals in Orange County). In 2018, he will be subject of a solo exhibition at the National Portrait Gallery in Washington, D.C.