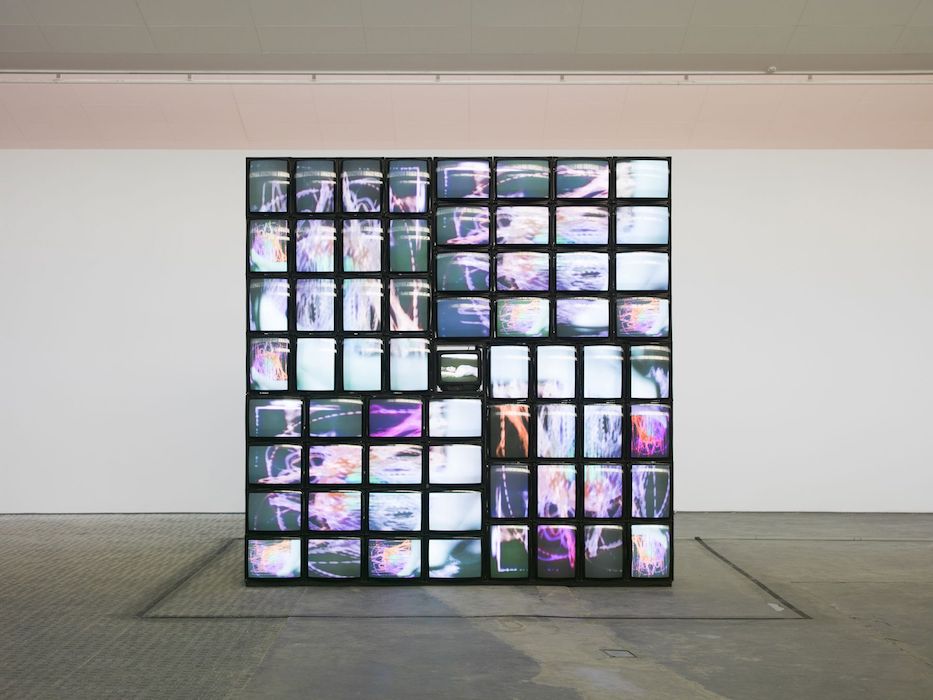 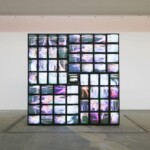 James Cohan is pleased to present “Music is Not Sound”, an exhibition of important works by the late Nam June Paik.

Commonly hailed as the father of video art, Nam June Paik saw the latent artistic potential in the glow of the television set sitting in every American’s living room. Paik, who died in 2006 at the age of 73, left behind a groundbreaking body of work that synthesized music, video, performance, television broadcast and technological experimentation to profoundly alter our understanding of the electronic image. With a prolific output that included manipulated TV sets, video wall installations, live performances, single-channel videos, and global television broadcasts, Paik balanced a Utopian philosophy with a technical pragmatism and subversive sense of humor, creating artworks that drew on chance encounters between ideas, the object and the public.

Trained as a classical pianist, Paik’s early interests in composition and performance lead him from Tokyo to Munich, where he mingled with leaders of the avant-garde and counterculture movements of the 1960s, including John Cage and Karlheinz Stockhausen. Paik arrived in New York in the mid-1960s and became a key participant in the Fluxus movement, belonging to a new generation of artists deconstructing established ways of seeing and expanding the very definition of art making. Evident throughout Paik’s career – and in this exhibition – is a sense of collaborative energy and pronounced musicality, reinforced by the recurring cast of artistic and musical collaborators and influences who appear again and again in his work.

The centerpiece of the exhibition is “Main Channel Matrix”, 1993-1996, a monumental videowall composed of 65 television sets that play Paik’s seminal 1973 video broadcast Global Groove on continuous, splicing loop. With this work, Paik combined compositional design and video imagery to create a radical manifesto on the nature of global communication in a media saturated world. The notion of using multiple television monitors stacked within a structural framework to display information has long been a trade show marketing tool. Paik reimagined the commercial videowall for electric, expressive purpose, deploying a pastiche of sound and image to create a moving mural, composed of hundreds of discrete images, that subverted the standard language of television. Japanese Pepsi commercials are intercut with performances by avant-garde artists Merce Cunningham, John Cage, Allen Ginsberg and the Living Theater; dancers shimmying in a colorized space to Mitch Ryder’s “Devil with a Blue Dress On” are juxtaposed with traditional Korean dancers. Charlotte Moorman, Paik’s longtime collaborator, plays the “TV Cello”; and they play the “TV Bra for Living Sculpture”. Richard Nixon’s face, magnetically distorted, appears and disappears.

Paik brings together these transcultural elements, Pop iconography, and artworld figures to create a dizzying postmodern spectacle, a chimerical “glimpse into the video landscape of tomorrow, when you will be able to switch to any TV station on the earth, and TV Guide will be as fat as the Manhattan telephone book.” In the work, the video landscape revolves around the classicism of the odalisque, represented by a recumbent contemporary nude fanned out within the frame of the central monitor. “Main Channel Matrix” presents Paik’s multivalent celebration of media and culture in the modern age.

Several of the works in this exhibition repurpose commercial television-viewing apparati for creative ends. The titular work, “Music is Not Sound”, 1998, is a mixed media sculpture that appropriates the coin-operated twin TV chairs ubiquitous throughout American airports in the 1980s. Harkening back to his early days and formative training as a classical pianist, Paik celebrates Mozart and Chopin alongside the avant-garde pianist David Tudor in his typical tongue-in-cheek manner. A single-channel video playing across both monitors depicts fragments of piano playing, musical instruments, and clips of video all subjected to Paik’s signature onslaught of disruptive editing. The color bars that span the chairs’ upholstery recall the test patterns of early television screens. These chairs are hand painted with calligraphic Chinese characters across their sides and backs – upon which are affixed a gong and cymbal – which reference the inscriptions traditionally seen on a jangseung or village guardian, a Korean totem traditionally carved from wood and placed at a village border as a boundary marker. Paik made six sets of TV chairs in total, titling and constructing each work around a specific artistic discipline: “Literature is Not Book”, “Dance is Not Jumping”, “Painting is Not Art”, “Drama is not Theatre”, and “Star is Not Actor”.