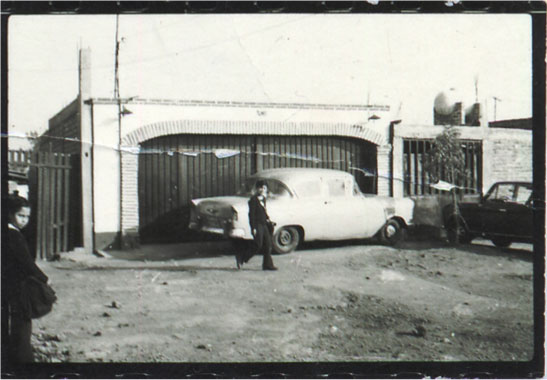 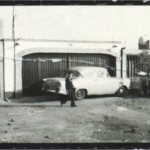 Regen Projects is pleased to present an exhibition of new sculptures by Mexican artist Abraham Cruzvillegas.

Cruzvillegas’ practice deals with history and the construction of the self in reference to economic, social, political, and historical conditions. Employing various means to create open-ended strategies of production and reception, Cruzvillegas gives objects a new life and context, generating shifts in meaning and interpretation, meanwhile demonstrating how concepts and relationships can be constantly inverted and transformed. He explores economies of the makeshift, hand-made, and the recycled, and often incorporates site and elements of a particular location within the context of a work, exhibition, or project, creating a connection between Mexico City and the location in which the artist is working. His practice examines the way in which one constructs or reconstructs histories from information, illustrating how ideas are often a dialogic conflation of many people, places, and times. Improvisation and assemblage are core aspects of his practice, which is informed by, and connected to ideas of survival economics, labor economies, and the ready-made.

For his second exhibition at the gallery, Cruzvillegas brings together a selection of new sculptures that incorporate site-specific materials, both man-made and organic. Referencing his own personal narrative as well as Southern California’s car culture, the sculptures are comprised of the back seats of every car Cruzvillegas has used in his life, onto which are affixed apparatuses containing planters with botanical specimens sourced from Southern California. Further locating the works within the social fabric of the city in which they exist, each sculpture will emit weather reports, cultural reportage, and music from different local radio stations transmitted through miniature radios projected from the sculpture.

The exhibition’s title, “Autoconcanción”, presents a pun or play on words that literally describes the sculpture as what it is, a ‘car with song.’ However this term also fits into the methodology and conceptual practice associated with the artist’s ongoing “Autoconstrucción” project, inspired by the resourceful and ingenious collaborative building techniques employed by the inhabitants of Colonia Ajusco, his childhood neighborhood in Mexico City. While the back seat references the site of adolescent lovemaking and sexual experimentation, the sculptures on view can also be seen as a sort of self-portrait told through the objects and materials that serve as a summary of Cruzvillegas’ work and life.

He has been the recipient of numerous awards including the Altadis Contemporary Art Prize, 2006. He was the artist in residence at the Atelier Calder, 2005; Brownstone Foundation, 2006-07; Civitella Ranieri Foundation, 2007; Smithsonian Institution’s Artist Research Fellowship program, 2008; a joint residency at the Center for Contemporary Arts and Cove Park also in 2008; Wattis Institute of the California College for Arts in 2009, and was the grant recipient of the Deutscher Akademischer Ausrauch (DAAD) in 2010-2011. Cruzvillegas has recently been announced as the winner of the 5th Yanghyun Prize.