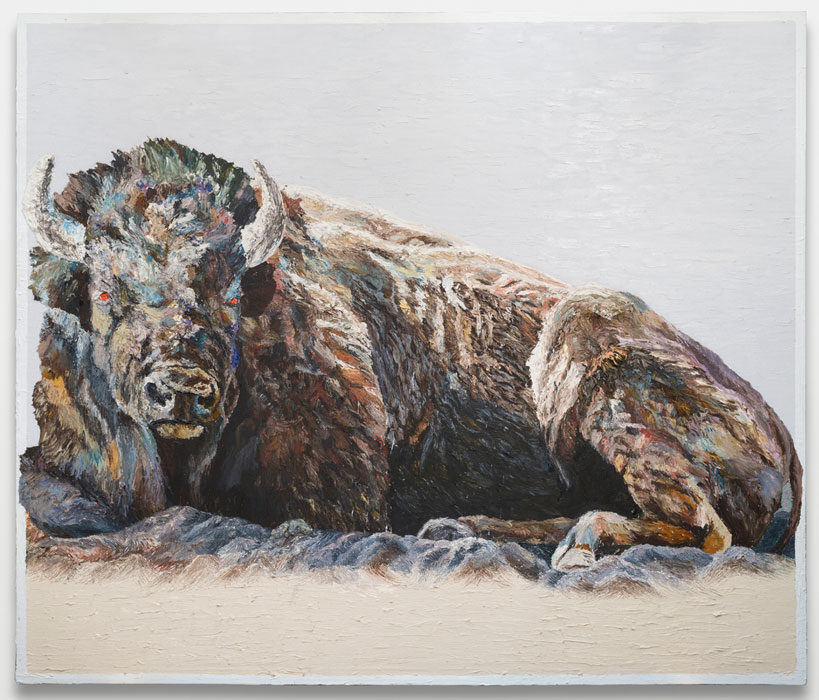 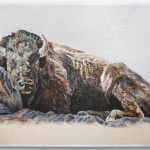 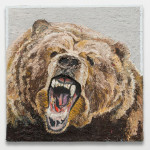 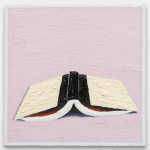 Freight + Volume is very pleased to present Alec Egan’s debut solo exhibition at the gallery, “Close to Home”. The paintings in this exhibition, which depict objects and scenes ranging from a messy child’s bedroom to a grizzly bear, question the mythological value ascribed to objects from our adolescence, material goods, and to archetypal symbols of American life. “Close to Home” analyzes nostalgia as it loses authenticity after enough time has passed, when the distance between youth and adulthood begins to separate reality from the fictitious narratives fabricated with inexperience. The resulting works also explore the physical and social constructions of painting and Egan’s romantic obsession with the medium’s limits.

Egan’s work is characterized by his indulgent use of oil paint applied with a palette knife in robust, rich strokes. The efficacy of his technique portrays psychological intrigue, questioning whether the objects have a latent meaning aside from the generalized familiarity to the viewer. Although some of the subjects in “Close to Home” are actual, observed objects, Egan often seeks out poor quality images from which to work so that he has the license he needs to add ambiguity, expression, and rhythm when making his own paintings in his signature, heavy impasto.

The subjects in “Close to Home” include buffalo, parrots, mountains, and empty chairs; all of which are sourced from his childhood bedroom. The majority of these paintings are laden with allegory. Egan tends to seek out subjects with inherent moral weight – especially when looking back with the benefit of hindsight, emphasized by the suggestive materialization of the images on the canvas. Many of the objects he paints come from personal history, but the generalized idea of the scene – such as a dresser with open drawers and clothes spilling out unabashedly in the painting “Room” – speak to the larger idea of overly sentimentalized youth. Other images share a more discreet, decontextualized message like a book left open and face down on a backdrop of a muted pink. This particular painting, titled “Book,” features no other telling background or foreground information, instead leaving a suggestion of innocence or absence.

Egan is also interested in how painting can exist in a world where photography is ubiquitous. Each painting in “Close to Home” has a thin border referencing a snapshot; the border confines the subject into its own world, displacing it from the reality of its objecthood. Egan’s materials and techniques, in their very nature, further intervene in this reconstitution, and the subjects are filtered and charged with grave significance through the surfaces that he manufactures.

Born in Los Angeles, Alec Egan received his MFA in 2013 from Otis College of Art and Design. Egan recently completed the Millwork Residency in Dubuque, Iowa; many of the paintings in “Close to Home” were imagined during his residency there. He has shown in group and solo shows in Los Angeles, New York, Portland and Amsterdam. His most recent exhibition was in January 2015 at the Torrance Art Museum in Torrance, California.