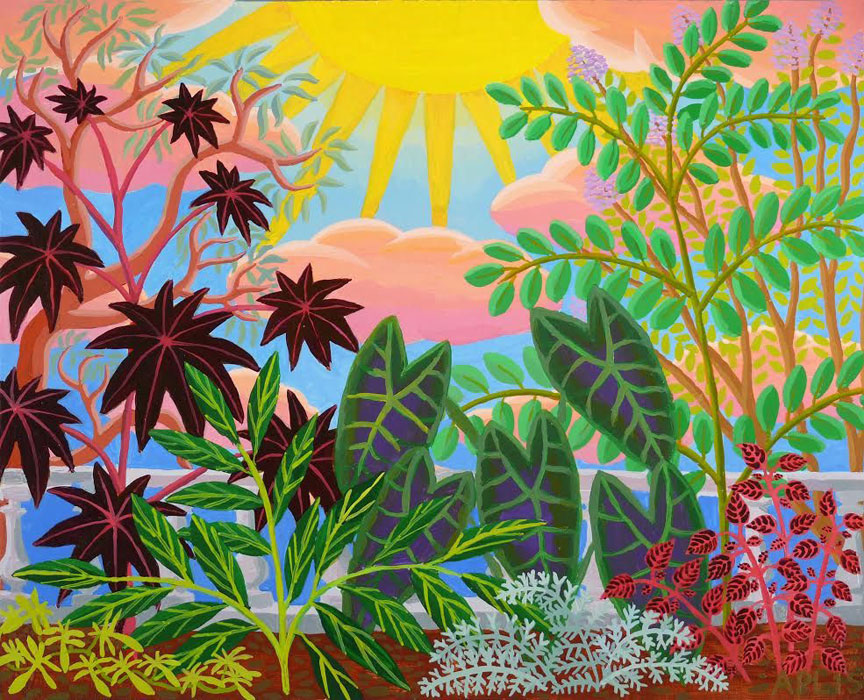 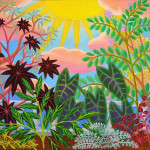 “I make still life and landscape paintings that feature closely observed representations of specific plant species. I combine the plant imagery with elements of nature such as distant mountains, fluffy clouds, sunrays, glowing moons, and twinkling stars. The plants are colorful, densely patterned, and also a little monstrous. They reach from one end of the composition to the other, overlapping and revealing unnaturally vivid skies.”

Amy Lincoln is a New York-based artist who makes carefully observed and imaginatively colored paintings of plants and the natural world. She has shown her work throughout the United States in cities such as New York, Boston, Salt Lake City, and Portland, as well as internationally in Tokyo, Paris, and Beijing. She received an MFA in Painting from Tyler School of Art in Philadelphia, and a BA in Studio Art from the University of California, Davis. Lincoln moved to New York in 2006 upon receiving a Swing Space residency from the Lower Manhattan Cultural Council. She has also participated in residencies at the Inside Out Art Museum in Beijing as well as Wave Hill in the Bronx.