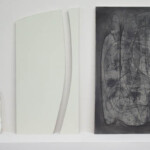 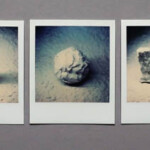 After his decades-long explorations of American deserts, the British architectural theorist Reyner Banham stood defiant against the historical imperative of understanding deserts as places of self-discovery. In the last pages of “Scenes In America Deserta”, Banham declares he has done little more than lose himself in these seemingly baron landscapes. In doing so he encountered continual and shifting oscillations from centre to margin, embracing an inexhaustible wonderment over the pursuit of self knowledge.

Artist-run project spaces in cities like London, Los Angeles and New York have long established themselves on the margins of wider cultural reception yet often oxygenate a diverse range of their cities’ respective artistic activities. They provide early opportunities for new graduates and platforms for artists at various stages of their careers. Spaces such as Transition, Tiny Creatures, POST and City Racing have created opportunities for risk-taking, experimentation and collaborations outside of commercial and public gallery programs. Run by artists for artists, these spaces often move from margin to centre or disappear from sight, recalled temporarily through fragile oral histories or, in more fortunate circumstances, preserved through archives and publications.

In an age where outsides are increasingly absorbed into cultural and financial capital, ‘outsider’ as a designated margin is often hard to distinguish from full-front and centre. Homogenised proliferations of art objects and images are under renewed scrutiny at a time of social activism and engagement, recalling perhaps cultural impulses that initially prompted the Pictures Generation, Guerilla Girls or the more recent critiques of digital culture by Hito Steyerl. Transference between social sites has become an opportunity for content, subjects on the move, Heraclitus stepping not into an ever-changing river but a deluge of fluid information that can neither be read or visually apprehended as a totality. Transfer as the domain of a cultural nomadism is imbedded today as is the digital nativism of subjects born into worlds of smart-device connectivity and social media. As such the margin is an ever increasingly moving target if not an outright fantasy or fetishization – a place upon which projections of mysticism, spirituality and social emancipation find voice and footing. Some of these projections are of course necessary as starting points of a renewed pragmatism, a Jamesian plasticity where if we project hard enough, long enough, through continued practice, fantasy might just inflect and shape the social.

As we stand at the end of another decade the sedimentation of various impulses are revealing themselves. Barbara Rossi, Jim Nutt, Christina Ramberg and Ray Yoshida’s work grew from a sense of community on the margin, of transfers between inside and outside, the psychological and social. If a culture that loses its gestures is most likely to fantasize over them, the Chicago Imagists’ current rebirth speaks about what we might have lost since that time in the need to recapture community, joy, wonder and a sense of individual agency that is collective, transferable and critical of rigid self-regulation. The margin as a singular and static place is perhaps lost as we might traditionally understand it, but with the work of Rosi Braidotti in mind, perhaps what is being asked of us is a form of release that embraces margins on the move.

Augustine Carr graduated from the Royal College of Art with an MA in painting in 2016, where his work was selected for the College Collection. Recent exhibitions include “APPARATUS” at Peckham 24, London, 2019; “Natur Blick” at Koppel Project, London 2018; “Adventitious Encounters” at Whitley’s, London, 2018; Frieze Event for After Projects, London, 2017; “Summa Theologica” for NEXO, 2017; The Beaver Collective at Gasworks, London, 2016; “notes.app” at the Dyson Gallery, London, 2016 and in 2015 Carr was selected to represent RCA Painting at Art Dubai by David Rayson. He has been a visiting lecturer at Chelsea College of Art and for Reach Out RCA. His work is included in the Royal Collection and the University of the Arts Collection.

Neal Rock is a Welsh-born dual British and American citizen based in Charlottesville, Virginia. Rock completed an MA in Fine Art from Central Saint Martins School of Art & Design in 2000 and a practice- based PhD in Painting from the Royal College of Art in London in 2017. Since the early 2000s Rock has exhibited extensively across Europe and the USA, with solo exhibitions in London, Paris, Amsterdam, New York and Los Angeles, amongst others. In 2009 Rock had his first public gallery solo exhibition at the New Art Gallery Walsall and has been awarded numerous residencies and fellowships, including a Grant Wood Painting Fellowship at the University of Iowa, MASS MoCA, Yaddo and South Dakota State University. He is an Assistant Professor of Painting at the University of Virginia in Charlottesville, Va.