Betty Tompkins – Will She Ever Shut Up? 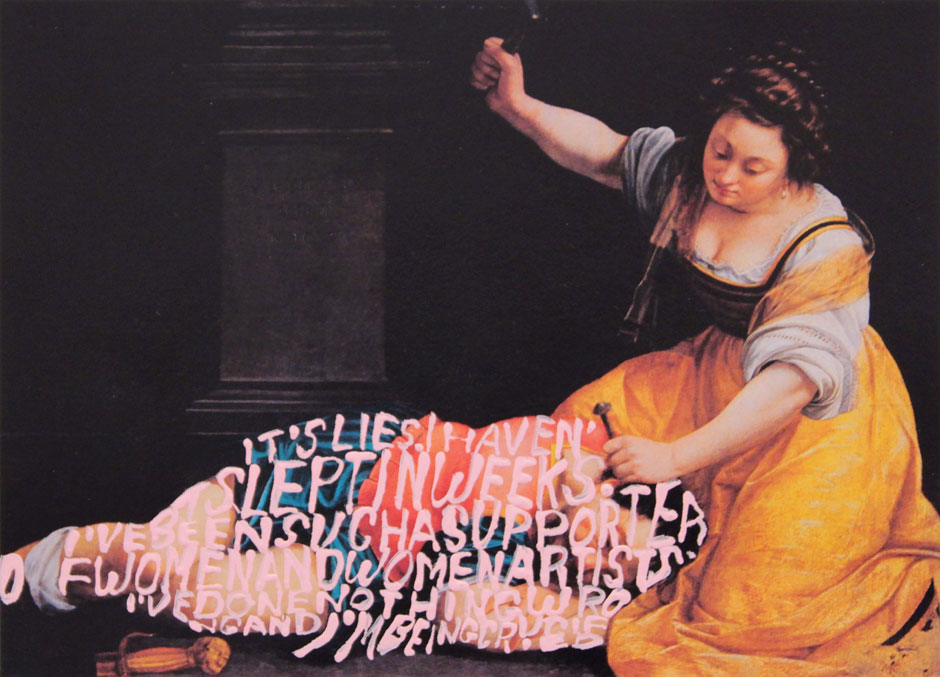 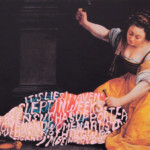 P.P.O.W is is pleased to present “Will She Ever Shut Up?” the gallery’s second exhibition with Betty Tompkins, featuring new and historic work. Tompkins is a pioneering feminist artist, best known for her direct depiction of the female body, sexuality, and desire through paintings, drawings, photographs, and video works. The exhibition title comes from a phrase submitted as part of Tompkins’ original “Women Words” project, which Tompkins worked on from 2002-2015, and serves as a poignant and humorous lens through which to grapple with the themes that Tompkins explores in her current exhibition.

The main room of the gallery will feature a new body of “Women Words” that Tompkins has created using pages torn from photography and art history books. The works feature phrases that Tompkins sourced from audience response cards from Tompkins’ exhibitions at Flag Art Foundation and Gavlak Gallery. The responses yielded largely crude and sexual language about women. In these works, the text that Tompkins gathered is painted over well-known works from art history, obscuring the female figures. Created on paintings that span the Renaissance to the mid-twentieth century, this series variously features work by Brassäi, Richard Avedon, Jan van Eyck, Weegee, Bruce Davidson, Rembrandt, and Vermeer, subverting Western art historical narratives that, until recently, have focused almost exclusively on men’s contributions. An additional group of paintings that combine image with text will also be on view.

The exhibition will also feature a series of “Apologia” works, an ongoing project where Tompkins paints verbatim apologies issued in response to accusations of sexual violence or harassment against women onto art historical images that were either created by or which depict women. The works feature paintings by a variety of artists throughout art history including Angelica Kauffmann, Judith Leyster, Mary Cassatt, Andy Warhol, Caravaggio, and Raphael, among many others. The works are overlaid with apologies from art world figures like Chuck Close and Jens Hoffmann and pop culture figures such as R. Kelly and Mario Batali. One work, a reproduction of Caravaggio’s “Boy with a Basket of Fruit” and “Boy Bitten by a Lizard”, features Matt Lauer’s public statement after being fired from NBC, while another depicts Lucas Cranach the Elder’s “Judith with the Head of Holofernes” with Charlie Rose’s words painted over Holofernes’ head.

The gallery’s back room will feature a series of paintings created in the late 1970s and the early 1980s in response to a study at the time that showed that many high school students didn’t recognize basic legal documents like the Constitution and the Bill of Rights. The works feature famous snippets of governing texts painted atop a meticulously painted grid of the word law repeated over and over. At a moment when basic human rights are being called into question by the government, the work offers a timely meditation on our current moment in society.