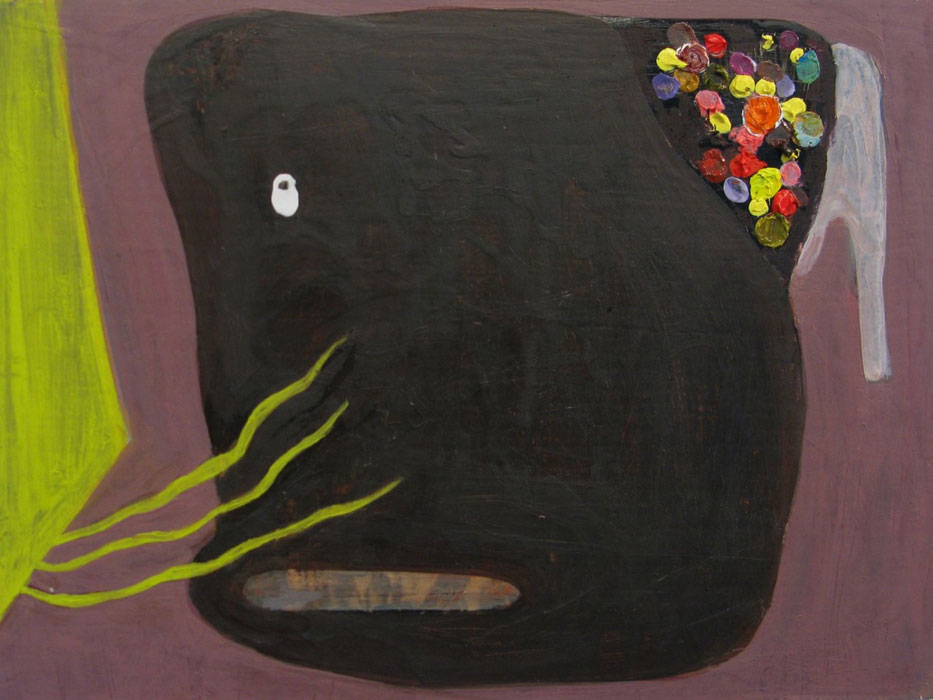 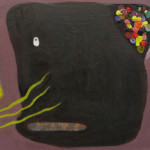 Jeff Bailey Gallery is pleased to present new paintings and works on paper by Brenda Goodman.

For over five decades, Goodman’s paintings have swung like a pendulum between figuration and abstraction to a unique blending of the two. In her most recent work, neither vies for supremacy, but are blended together to evoke a range of psychic states: from isolation and fear to intimacy and contentment.

Ear-like appendages attach themselves to bulbous face-like forms. Organic shapes sprout what could be tentacles or legs. Stretching and reaching, twisting and turning, there is an implied longing and desire to connect.

The works vary in size from 6 x 8 inches to 52 x 60 inches. There is a power in the small works on paper and an intimacy in the large paintings. Surfaces are thick and thin, smooth and rough. Strength, delicacy and intensity of feeling – these are what set Goodman’s paintings apart.

This is Brenda Goodman’s (born 1943, Detroit) first solo exhibition at the gallery. She studied at the College of Creative Studies (then called the Detroit Society of Arts and Crafts). In 1976 she moved to New York City and her work was included in the 1979 Whitney Biennial. She has had 38 solo exhibitions. In 2015 she had a 50-year retrospective at the Center Galleries, College for Creative Studies, Detroit, MI. Also in 2015 her work was included in the American Academy for the Arts and Letters annual invitational and where she received the Award in Art. She received fellowships from the National Endowment for the Arts and the New York Foundation for the Arts. Her work is included in the collections of the Carnegie Museum of Art, Pittsburgh, PA; Museum of Contemporary Art, Chicago, IL; the Santa Barbara Museum, CA; and the Detroit Institute of the Arts, MI. Since 2009, Goodman has lived and worked in the Catskill Mountains, New York.