Christine Rebhuhn – The Breeze Will Kill Me 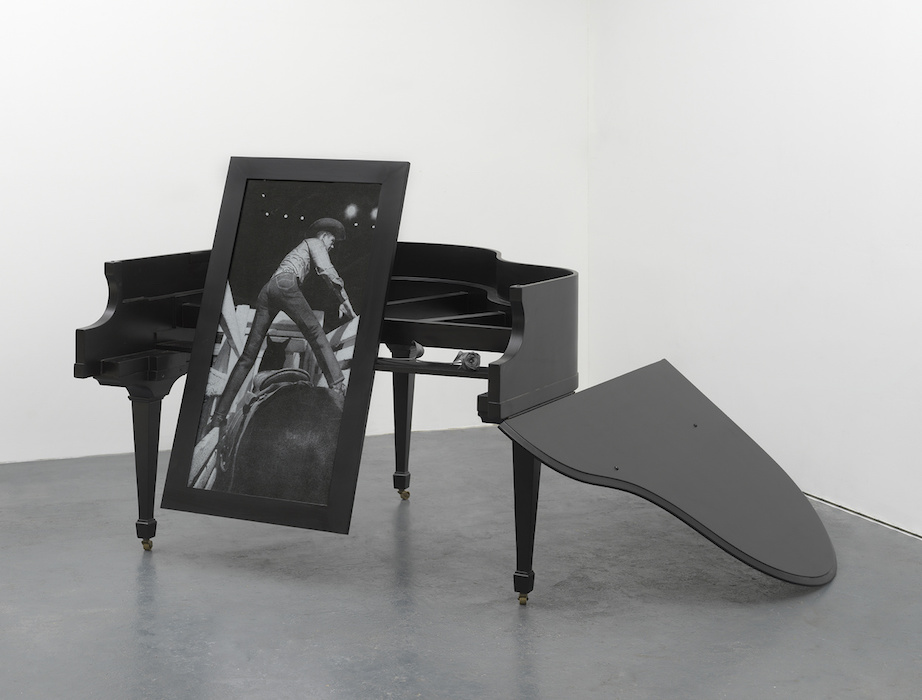 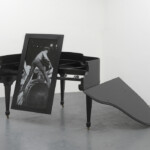 Thierry Goldberg is pleased to present “The Breeze Will Kill Me”, a solo exhibition of new works by sculptor Christine Rebhuhn, her first exhibition with the gallery.

Back in 2014, philosopher Graham Harman described his brainchild, Object-Oriented Ontology, as an explicit rejection of Anthropocenic academe, defining the “tyranny of objects” as “unifed realities – physical or otherwise – that cannot be reduced either downwards to their pieces or upwards to their effects”. In short, rather than adhere to dominant strains of 20th century phenomenology that centered the human subject, OOO asserted a speculative realism that rendered the very notion of existence inherently unknowable. Objects, it turned out, didn’t need us. Timothy Morton, another leader in the OOO movement, described fine art as “charisma, pouring out of anything whatsoever, whether we humans consider it to be alive or sentient or not”. Instead of merely manifesting creative intent, things, agential, singular and seductive, possessed their own sway in the white cube. They were more than the sum of their parts.

Naturally, this philosophy had its limits – artworks are made to be seen, after all. To revisit a OOO-inflected framework today, in the wake of a global bio catastrophe, is to ask, in so many words, what objects can and can’t do. And that’s where the ache comes in.

Rebhuhn’s sculptures – spare, meticulous, fueled by the slow burn of not-quite-dichotomy – work backwards from audience expectation, gently guiding the viewer through their unique poetic misalignments. Weird, elegant components, placed with a care so seamless they could have bloomed forth from nothing, coalesce like notes in a dissonant chord, delivering on Morton’s notion of “charisma” with a near-orchestral force. The work demands affectual dynamics, it feeds on post-human energy. In each piece lies an inescapable ache, sweet and cruel in equal turns, that updates sublimation for the hyperreal age. We are made small by these object-constellations, and we just can’t get enough.

There’s an elegaic quality to many of Rebhuhn’s selections, especially given her taste for post-digital memento mori. “Prey To Some Beast” features a found photograph of a snake embedded in a window, complete with rubberized taxidermied rat. In “Words Dry and Riderless”, a gutted, black piano armature frames an image of a rodeo cowboy, seized mid-mount as if in amber. Grey porcelain lilies support bright, dead birds; fused wind instruments linger mid-air. Rebhuhn knows all about the painful parts of absurdism, the subtle dance between awkwardness and impossibility. If humor belies loss, then this art’s ache signals the inverse of serendipity, at each object’s behest, of course.

The title of the show, “The Breeze Will Kill Me”, is lifted from a 1982 song by Kath Bloom, a cult singer-songwriter with a world-weary bray. “I’d like to touch you, but I’ve forgotten how”, she begins. “Sometime in the summer, when we’re lying in the breeze/the breeze will kill me”. Rebhuhn’s deft explorations of the temporal, the creepy, and the deeply, deeply human blow through our preconceived notions like a lonely wind, reminding us that no one is really in control. (Torey Akers)

Christine Rebhuhn, born 1989 in Mount Vernon, Iowa, is a Queens-based sculptor. She received an MFA in ceramics from Cranbrook Academy of Art in 2015. She has had solo exhibitions at NARS Foundation in Brooklyn, NY, at Soo Visual Arts Center in Minneapolis, and at Makeshift in Kalamazoo, MI. Her work has been included in group shows at Tiger Strikes Asteroid, Brooklyn, NY, the Boiler in Brooklyn, NY and at Stove Works in Chattanooga, TN; she also exhibited at the 2015 Gyeonggi International Ceramics Biennale in Incheon, Korea. She has been an artist-in-residence at the Vermont Studio Center (VT), Elsewhere (NC), NARS Foundation (NY), and Makeshift (MI). Her work was published in ArtMaze Magazine, Maake Magazine, and Artspace Magazine.