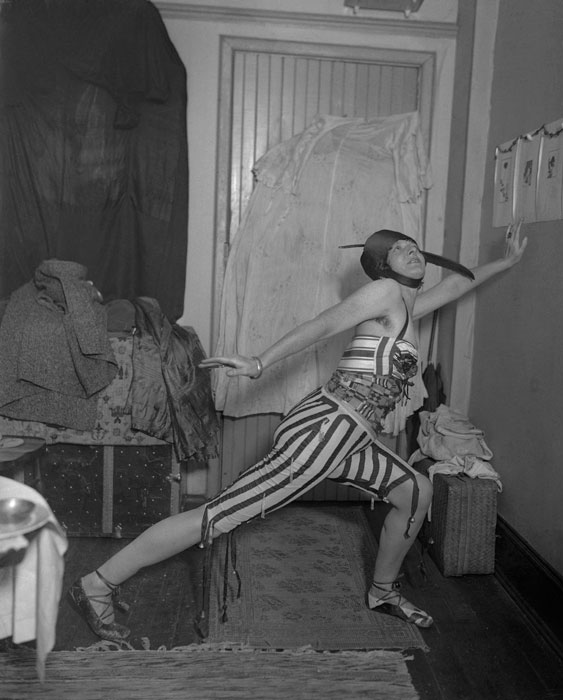 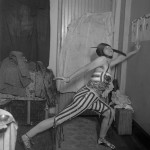 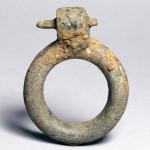 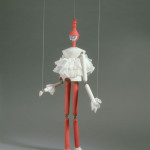 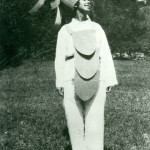 To mark the 100th anniversary of the dada movement, which began in Zurich, Museum Haus Konstruktiv opens this exhibition year with the historical group exhibition “DADA Differently”, which is dedicated to three of this movement’s main female representatives: Sophie Taeuber-Arp, Hannah Höch, and Baroness Elsa von Freytag-Loringhoven. In the first half of the 20th century, two apparently contradictory art movements developed in Zurich, making this city a focal point in art history: dada, founded at Spiegelgasse 1 on February 5th, 1916, and concrete art, which had several of its most important manifestations in 1930s Zurich. Both of these art movements still provide guiding stimuli for international art to this day. No matter how different they appear to be, they do have a key aspect in common: the pursuit of maximum autonomy. Both radically broke away from their respective era’s conventional understanding of art: dada with its revolutionary gestures of actionist anti-art, and the concrete-constructivist movement with its consistent liberation of artistic means from their representational function. During the First World War, Zurich became a place of refuge for numerous opponents of war. Dada was their anarchistic response to the horrors of war, to middle-class norms, to art traditions, and to firmly established role models.

In the exhibition “DADA Differently”, we focus on the three outstanding German-speaking artists Sophie Taeuber-Arp (1889-1943), Hannah Höch (1889-1978), and Elsa von Freytag-Loringhoven (1874-1927), who all contributed significantly to shaping the dada movement, which has had rather masculine connotations up until now. At the same time, the selection of these very different protagonists also marks the three geographical centers of the dada movement, which was first named as such in 1916 in Zurich, spread to Berlin, and found its American manifestation in New York.

For this exhibition project, the decisive factor was the observation that although a number of women played a part in dada, they were often overshadowed by their male colleagues Hans Arp, Raoul Hausmann, Marcel Duchamp, Man Ray, and Tristan Tzara. Closer examination reveals a diverse array of experimental works in various media, whereby the dada women’s multimedia and performance-based approaches in particular still appear surprisingly current. While the works of Sophie Taeuber-Arp and Hannah Höch are shown in exhibitions worldwide to this day, the oeuvre of the “Dada Baroness” Elsa von Freytag-Loringhoven is largely unknown, and yet, with her bizarre costumes, radical performances, readymades, and visual poems, she adopted one of the most provocative positions of her time.

This exhibition combines numerous works from 1916-1923, which major collections in Switzerland and abroad have made available to us.

Sophie Taeuber-Arp
Today, Sophie Taeuber-Arp (b. 1889 in Davos, d. 1943 in Zurich) is seen as one of the most versatile and adventurous female Swiss artists of the 20th century. She was a key representative of the Zurich dadaists and simultaneously a pioneer of constructivist-concrete art. Alongside painting, drawing, sculpture, and architecture, her oeuvre also encompasses design, dance, and scenography.

In 1907, she went to the St. Gallen Drawing School for Industry and Commerce as a guest student, where she attended classes in decorative painting, figure drawing, nature drawing, design, ornamental drawing, stylistics, and art history. From 1911 to 1914, she completed further training at the Debschitz Teaching and Experimental Studio for Applied and Fine Arts in Munich, and at the Hamburg Vocational School.

In 1914, she moved to Zurich, where she met Hans Arp, and in 1916 she began teaching textile design at the Zurich School of Applied Arts. The start of her career as an artist coincided with the dadaists’ lively activities in Zurich. Her first public dada appearance was in 1917 at the opening of Galerie Dada, where she danced to verses by Hugo Ball, wearing a mask by Marcel Janco. In 1918, together with Hans Arp and other artists, she signed the “Dada Manifesto”. Taeuber’s engagement with abstract, geometric forms for textile designs provided the basis for further works. In the context of an exhibition by the artists’ association Schweizerischer Werkbund, she was commissioned to stage and design a production of Carlo Gozzi’s play “König Hirsch”. Of the 18 marionettes that were created for this purpose, eight are now on display in the “DADA Differently” exhibition.

After marrying in 1922, Sophie Taeuber and Hans Arp travelled together with Kurt Schwitters and Hannah Höch to the island of Rügen and later to Pompeii, Florence, and Rome. In 1926, Taeuber-Arp worked with her husband and Theo van Doesburg to provide the interior design for “Aubette”, an amusement center in Strasbourg with a bar, cinema, theater, and restaurant. From 1928 onward, she devoted herself to the planning of her studio home in Meudon, near Paris. She lived there together with Arp until 1940, when they had to evade the German occupying forces by fleeing to Grasse, France. In 1943, she died in Zurich as a result of carbon monoxide poisoning at the home of Max Bill.

Hannah Höch
Hannah Höch (b. 1889 in Gotha, d. 1978 in West Berlin) began to study in 1912 at the Berlin School of Applied Arts and Crafts, where she learned to design and draw ornaments, certificates, and decorative telegrams. In 1915, she began a seven-year relationship with Raoul Hausmann, who introduced her to Berlin’s circle of avant-garde artists. From 1916 to 1926, she designed embroidery, crochet and knitting patterns for magazines published by “Ullstein Verlag”, for which she also wrote texts. In 1918, she and Hausmann took up photomontage, which would define the style of her later work. Through Hausmann, she met George Grosz, John Heartfield, Wieland Herzfelde, Johannes Baader, and Richard Huelsenbeck, who united in Berlin to form “Club Dada” – with Hannah Höch as the only woman. The highlight of this period was the First International Dada Fair in 1920, where Höch exhibited photomontages and self-sewn dada rag dolls. In the same year, she joined the left-wing November Group. Hannah Höch’s diverse oeuvre ranges from collages and sculptural works to textile designs, dada dolls, and stage designs, right through to large-format paintings. Her politically connotative and socio-critical works often thematize a new image of women.

Elsa von Freytag-Loringhoven
Today, Elsa von Freytag-Loringhoven (b. 1874 as Elsa Hildegard Plötz in Świnoujście, d. 1927 in Paris) is considered to be the first American dada artist and a pioneer of performance art. At the age of 20, she studied drama in Berlin and had her first public performances. She made contact with the Berlin art scene and posed as a model for the art nouveau artist Melchior Lechter. In 1901, she married the architect August Endell. In the following year, she travelled to Munich, where she accessed the “Cosmic Circle”. Fascinated by the Dionysian principle, she quickly became a muse for this spiritual group, with whom she celebrated ecstasy and rapture. In 1907, she married her second husband, writer Felix Paul Greve, with whom she moved to Kentucky in 1910, where the couple separated shortly afterward. During this period, she began to write. In 1913, she moved to New York, where she married Baron Leopold von Freytag-Loringhoven. On the way to the registry office, she discovered an iron ring on the street – a found object that she declared an artwork, entitled “Enduring Ornament”. Today, this is seen as one of the very first readymades and it can now be seen in Switzerland for the first time. In 1914, Freytag-Loringhoven’s most productive artistic phase commenced, in the surroundings of the New York art scene. Here, she developed as a radical poet, painter and, above all, performance artist. Earning money during the day as a nude model, she pursued her own artwork at night. Steeped in dadaist concepts, her stage was the street and her form of expression was the happening, as a form of anti-art and dismantling of middle-class conventions. With her readymades, provocative appearances as the Dada Baroness, her tendency to play with gender roles, and her visual poems, which she started publishing in the magazine “The Little Review” in 1918, she inspired numerous contemporary artists. Elsa von Freytag-Loringhoven left America in 1923, returned to Germany and died penniless in 1927 in Paris.