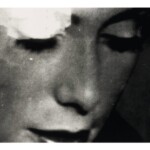 Simon Lee Gallery, Hong Kong, is proud to present a survey of photographs by renowned Japanese photographer Daido Moriyama, spanning the breadth of his five-decades long career. From examples of his idiosyncratic black-and-white street photography to a more recent collection of digital colour images, the exhibition captures Moriyama’s discordant impressions of city life and chaotic visions of everyday existence, which have proved so influential to successive generations of photographers.

Widely recognised for his innovative, highly personal and unvarnished depictions of urban life, Moriyama is regarded as the most prominent artist to emerge from the short lived yet significant Provoke movement, based around the experimental photography magazine of the same name. Founded in 1968, the magazine sought to redefine the medium while chronicling shifts in Japanese society brought about as a result of its simultaneous globalisation and urban deprivation. Amid the upheaval of post-war regeneration, Moriyama documented Japan’s transformation through the gritty underbelly of city life. Characters such as back-street boxers, strippers, and gay prostitutes figured in his signature black-and-white, grain-heavy style. Citing Jack Kerouac’s “On the Road” as one of his greatest influences, his photographs are a record of his wanderings, in which the journey is as important as the destination.

Entering, two coloured photographs hang over a tiled wallpaper of an image from Moriyama’s inconic and graphic “Tights” series. Providing a stark visual contrast to his uncompromising street photography, the “Tights” reveal a stark abstraction of their subject: close-up shots of legs in fishnet stockings. Although offering two seemingly diverse visions, the images are conceptually bound by Moriyama’s unflinching commitment to the preservation of everyday details that so often exist in the shadows. Two large coloured photographs hang over the wallpaper, presenting a gaudy glimpse of Tokyo after dark: a woman’s legs in kiss-printed tights and a storefront boasting a red, lacey lingerie set. Both images capture the city’s erotic instinct and the artist’s unfiltered gaze. Elsewhere, a coloured grid of photographs from the same series presents snapshots of Tokyo’s backstreets. The out-of-focus “KAGEROU” and “provoke no. 3”, executed nearly fifty years previously, convey the sense of urgency and energy that has become synonymous with Moriyama’s practice, capturing his expressive ‘are, bure, boke’ (rough, blurred and out-of-focus) aesthetic.

At the back of the gallery, visitors are invited to explore prints from various of Moriyama’s most iconic series dating from 1972 to 2016, including “Farewell Photography”. In this seminal portfolio first published in 1972, the artist set out to ‘destroy photography’, making prints from destroyed negatives. The result was an illegible mass of blurred and marked images that led to Moriyama’s return to photography, with a focus on specifically Japanese subject matter.