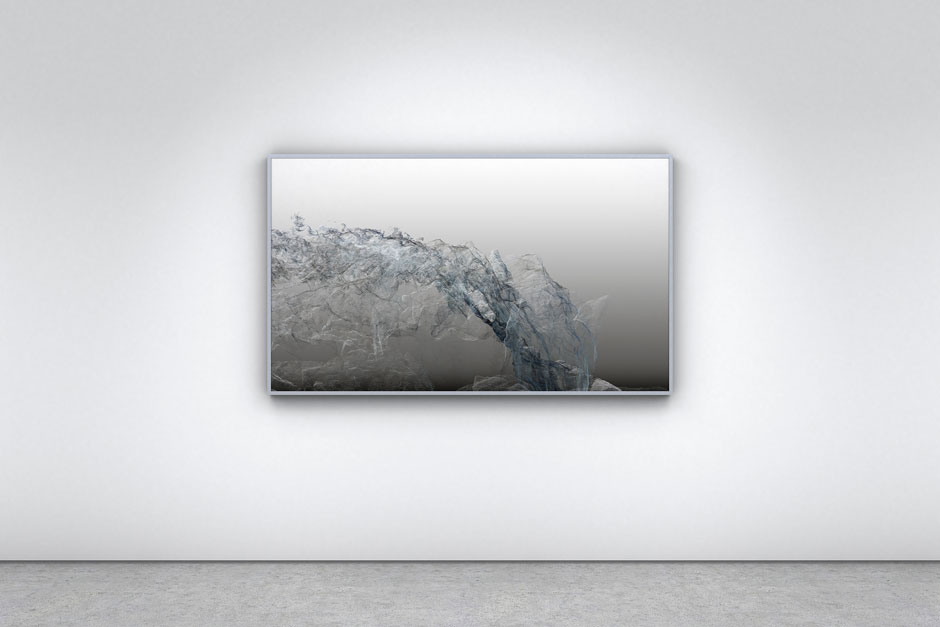 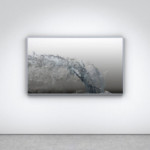 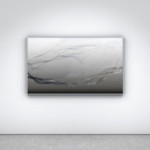 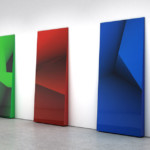 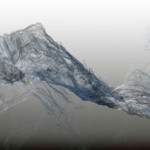 It marks the fifth anniversary of the artist’s collaboration with Scheublein + Bak.

Dan Holdsworth (born 1974 in Welwyn Garden City, UK) has gained international recognition for his large-format photographic artworks and more recently, investigations into digital forms of representation. With the use of digital mapping, Holdsworth expands how the ‘landscape’ of photography has changed, and how the way we can know the world through images has altered fundamentally. His new work explores the changing nature of human perception in relation to the evolution of science and image technologies.

“Continuous Topography” is a visual representation of what Dan Holdsworth calls “a future archeology”: we see the world as if from a distant point in time rather than space. The world revealed to us is of glacial formations in the Alps – originally formed tens of millions of years ago. The landscapes are plotted in an extraordinary detail that no human eye could ever map or capture: only twenty-first century digital technologies can allow us to know the world with such surgical precision. For the first time in history, we are able to inspect every crevice and curve of a landscape’s contours as if from a God’s-eye-view.

“Continuous Topography” has been created using high-end imaging software ordinarily only available to academic, scientific and military institutions, and in collaboration with a doctoral researcher at Northumbria University. It expands Holdsworth’s interest in what has been called the “geological turn” in art. Changes in our entire planet’s conditions that have been labelled as a new geological age – the Anthopocene – draw attention to timescales before and after humanity; and to what we can really know of the planet as a totality over time and in space. Only art, Holdsworth suggests, can open up such sublime temporal and spatial imaginative vistas. He concurs with the theorist of object-oriented ontology, Graham Harman, who argues that “Art is something that seemingly lets us see the “impossible depth of objects” (Harman, Guerilla Metaphysics, 2005: 105). We might even see “Continuous Topography” in Harman’s terms as that “Art is the volcanic force of our planet, releasing magma from the hidden core of things” (ibid: 130). Holdsworth makes palpable what is ‘hidden’ from the naked eye: the flow of time – and the knowledge that what is solid was once liquid; that which appears timeless is, in fact, still in formation.

In “Spatial Objects”, the objects referred to in the title are single “data points” – pixels enlarged to an anthropomorphic scale so that they become possessed of a monumental physicality. The starting point for these works has been geological mapping data from the American West. When scanned into a 3D virtual model each pixel occupies a unique point in space – both in ‘real’ space and ‘virtual’ space. We encounter the edges of an individual plane of one pixel: each image shows only “a fragment of a fragment” in the artist’s own words. Represented space is revealed only through the geometries offered by the “interface” digital media allow us to know the world through. We experience space, and the image, as “structures” of pure color and light.

“Spatial Objects” seem to present is with a single pixel’s ‘worldview’, or the world as if seen from a pixel’s perspective. “Continuous Topography” by contrast orchestrates tens of millions of individual pixels, harvested as unique data points, into the shape of an entire world that seems both alarmingly alien and strangely familiar; ghostly, but all too present. Holdsworth’s collaborations with scientists creates a new, peculiarly twenty-first century type of sublimity in which the material world and the virtual world become open to our inspection – and yet elude our grasp.

A catalogue on the “Spatial Objects” published with DISTANZ Verlag will accompany the exhibition.

Gallery hours Mon-Fri 11 am – 5 pm, and by appointment