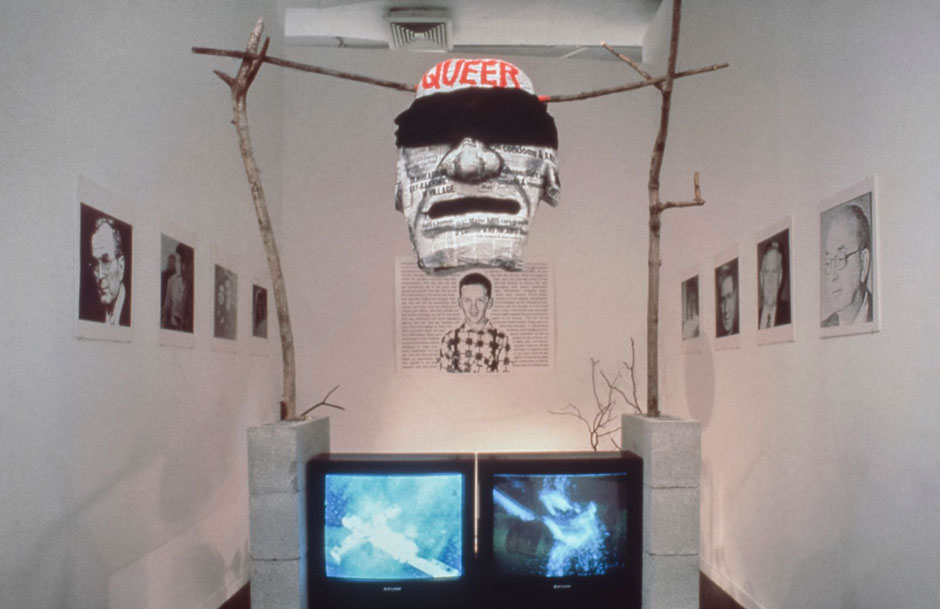 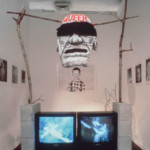 P·P·O·W is pleased to present “Soon All This Will be Picturesque Ruins: The Installations of David Wojnarowicz”. The exhibition will open in conjunction with Wojnarowicz’s first major institutional traveling retrospective “David Wojnarowicz: History Keeps Me Awake at Night” at the Whitney Museum of American Art.

“In Soon All This Will be Picturesque Ruins: The Installations of David Wojnarowicz”, P·P·O·W will bring Wojnarowicz’s major installations together for the first time. While the artist’s installation work spans the entirety of his artistic career, no major institutions or galleries have exhibited them posthumously, primarily due to their ephemeral nature and their use and re-use of independent artworks. Although challenging to replicate, the installations are key to fully understanding the depth of Wojnarowicz’s oeuvre and the profoundness of his artistic legacy. When presented together, the installations trace Wojnarowicz’s personal and political journey from a young, highly collaborative, East Village artist grappling with his own past, to the radical socio-political figure he is known as today.

Wojnarowicz’s interest in installation came out of his love for exploring the ruinous chaos of abandoned buildings and derelict sites. Unregulated “action installations” such as “Hunger”, 1980, and “Cockabunnies”, 1982, became the reactionary tools with which Wojnarowicz would carve out his own spaces and viewpoints within societal constructs founded upon lies, codes, and silencing. As Wojnarowicz continued to experiment with installation, he found that the form enabled him to embrace a plurality of expression, and encouraged collaboration with like-minded artists. By re-presenting the collaborative installation at Ground Zero, based on Richard Kern’s film “You Killed Me First”, 1986, and by re-creating the unnerving “Lazaretto” installation, first installed anonymously at P·P·O·W’s SoHo space in 1990 with Paul Marcus, this exhibition aims to convey the spirit of collective anguish in the early works, as well as the galvanizing call to social and political action in the later works.

In Wojnarowicz’s early installations such as “Totem Room”, 1983, at Hal Bromm Gallery, and “Untitled (Burning Boy Installation)”, 1985, in Robert Mnuchin’s basement, one sees a wild confluence of the personal and political. The installations’ brilliant colors and incendiary imagery reveal an artist grappling both with the violence of his childhood, and his deep-seated anger towards a society that continued to alienate him as an adult. By contrast, later installations such as “America: Heads of Family/Heads of State and Lazaretto”, 1990, are sharper, less explosive, and deliberately caustic in their political message. By comparing the early and late installations, one sees how the early projects provided Wojnarowicz with the dogged strength, despite his own HIV positive diagnosis (1987) and the deaths of many friends, to become the voice of protest against a corrupt political system that wished to silence both him and the communities for which he stood.

Within all of Wojnarowicz’s work exists a lexicon of recurrent images and compacted information on an unrelenting pursuit to express a personal experience that pushed against what he called “the pre-invented world.” For Wojnarowicz, this was “the world of the stoplight, the no-smoking signs, the rental world, the split-rail fencing shielding hundreds of miles of barren wilderness from the human step. A place where, by virtue of having been born centuries too late, one is denied access to earth or space, choice or moment.” It was through installation that Wojnarowicz first confronted this pre-invented existence that had rejected him as a youth and continued to alienate him as a gay man, and as a person living with AIDS. The installations of David Wojnarowicz exemplify an artistic career that was ceaselessly diligent and passionately collaborative, with an energy that remains powerfully alive today. Although Wojnarowicz was lost to complications related to AIDS in 1992, his unwillingness to let those in power ignore both his and a whole population’s extinction can still be felt in these works.

His works are in permanent collections of major museums nationally and internationally, and his life and work have been the subject of significant scholarly studies. In addition to his forthcoming retrospective at the Whitney, opening July 12, 2018, Wojnarowicz has had retrospectives at the galleries of the Illinois State University in 1990 curated by Barry Blinderman, and at the New Museum in 1999 curated by Dan Cameron. In 2013, historian Cynthia Carr released an acclaimed biography on Wojnarowicz entitled “Fire in the Belly”. Wojnarowicz’s work will be featured in the solo exhibitions “David Wojnarowicz: The Flesh of My Flesh” at Iceberg Projects in Chicago from June 23 – August 4, 2018, and “David Wonarowicz: Video and Photography” at KW Institute for Contemporary Art, Berlin, from February 9, 2018 – April 28, 2019. “History Keeps Me Awake at Night” co-curated by David Kiehl and David Breslin will travel from the Whitney to the Museo Reina Sofia in Madrid, Spain, from May 28, 2019 to September 30, 2019, and the Musee d’Art Moderne Grand-Duc Jean (MUDAM) in Luxembourg City from November 8, 2019 to February 2020.