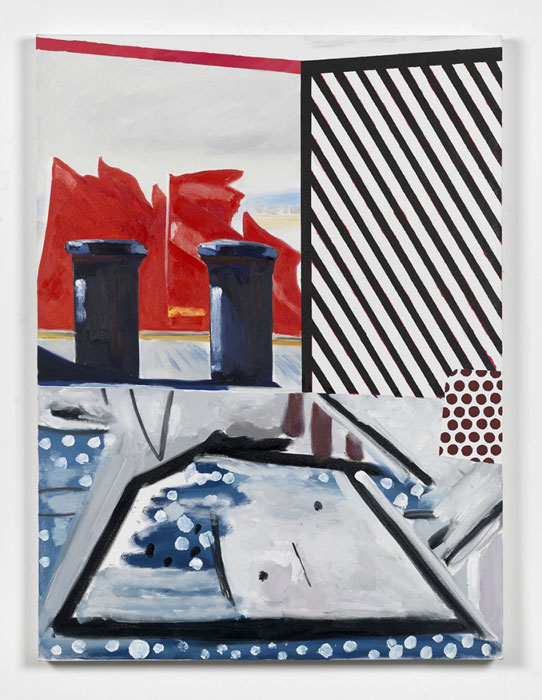 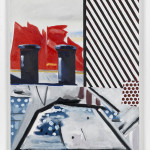 Simon Lee Gallery is proud to present an exhibition of new paintings by London-based artist Dexter Dalwood, his second exhibition with the gallery and first solo exhibition in Hong Kong.

This new series further develops Dalwood’s ongoing investigation into the role of images and painting in the construction of history. The context of China has provided him with a rich history to draw upon in order to make wider cultural, economic and political associations and provocations in this new body of paintings.

Wit and playfulness are employed to seduce, engage and destabilise the viewer. Multiple planes occupy each painting centred by a key element within the frame – a coaster, a poster, a bowl, a pillar – an entry or exit point to another time, another space, another place, another people. Dalwood reminds us that if alternate realities can coexist within one image, then so too can they within our everyday experience and within history.

Dalwood constructs his paintings akin to how we construct memory, drawing together fragments of images to provoke wider unfolding associations, inviting us to consider how actions, events and representing images are interpreted. He invites us to reflect upon how we subjectively and collectively sample, frame, edit, crop and consume images in order to make sense of the world and act out our belief systems and mythologies. Dalwood implicates himself within this interrogation, as his own work is also revisited (“Mao’s Study Remix”). His paintings convey the impossibility of ever truly being able to own or inhabit the past and question the power of painting to continue to reflect on these issues in an image obsessed, screen-based world.

He has work in numerous public collections, including: Tate, The British Council Collection and The Saatchi Gallery.