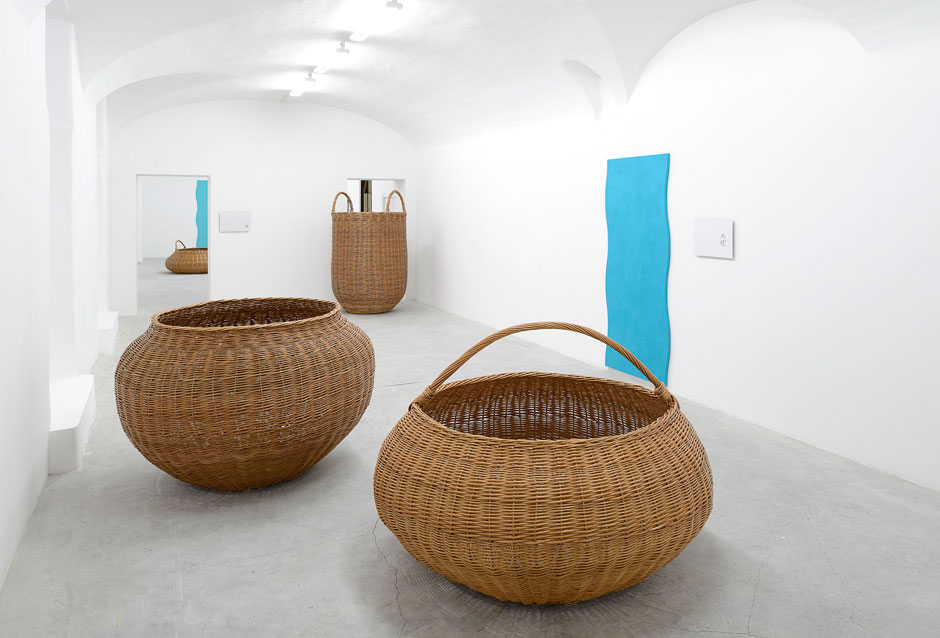 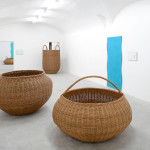 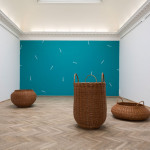 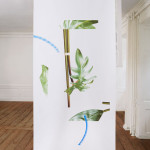 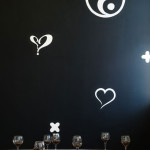 SALTS is delighted to present “Peace, Love & Harmony”, the first solo exhibition in Switzerland by Danish artist Ditte Gantriis curated by David Dale Gallery, Glasgow. This project is the first chapter of a collaborative exchange between the two spaces and will develop with a show curated in Glasgow in September 2016.

On a long enough timeline all sentiments are reduced to clichés. This process appears to accelerate daily, no sooner have you thought your thought and it’s considered trite, pastiche. An idea’s ever faster journey toward obsolescence creates a dilemma, how can we ever engage with these ideas, once relevant, that are neither from a position of cynicism nor philistine. It is a third way that interests Gantriis, to refer back to these subjects and their journey to cliché from a stand- ing of revitalised sincerity – a tough thing to get on board with, as the audience, though. Sincerity can be undercut at a moment’s notice, can you leave yourself vulnerable to the potential ridicule?

It is in this precarity that Gantriis works, neither denying the potency of the original idea nor disregarding its declawing. Spirituality and lifestyle philosophies become reduced to signifiers, depth becomes surface, and these signifiers expand exponentially – black hole like – to engulf and consume the philosophies they once were a constituent part of. These phrases, symbols and signifiers, now out on their own stand for a sort of collective cultural amnesia, we know what it means, even if it almost doesn’t mean anything. They maintain a certain significance, and have perhaps at one point actually truly meant something, but now the phrase is a caricature that refers more to itself than to the meaning of the words themselves – and it’s impossible not to hear that.

In an increasingly homogenized and corporate culture, we identify our individuality thorough these markers and considerations, the lifestyle choice becomes solely the designated symbol or artisanally styled object, and this style in turn gives the illusion of depth – maybe it’s there maybe it isn’t, but it succeeds in standing in for thought, closing down a capacity for criticality. These clichés grow, unchecked, into caricatures, parodies of themselves – to approach it from a position of genuine openess, that’s the tricky part.

In creating a totality of an environment in which to discuss this, a set or a shrine, Gantriis uses these symbols expansionism against themselves to enable the discourse, the simple turn of too big and too artisanal renders these tropes suddenly visible and separate, suddenly discussible. The Yin Yang symbols, through sheer scale and imposition separate the space from elsewhere, designating it as where we can engage with sentiments on this third plane, the handcrafted (somebody’s hand presumably, not mine, not the artists) artisanal objects are an encourage- ment to get on board. Peace, Love and Harmony, a decent enough sentiment to reclaim if you think about it.

David Dale Gallery and Studios is a non-profit contemporary art space based in the east end of Glasgow.

Established in 2009, David Dale Gallery and Studios promotes pioneering contemporary visual art through the commissioning and year round programming of new work and projects by early career international and UK based artists. Maintaining a commitment to providing opportunities and supporting the development of artists, curators and writers, David Dale Gallery and Studios intend to encourage professional development, education and community participation whilst delivering our core aim of presenting outstanding contemporary visual art. Additionally, the organisation operates an affordable artist studios facility, for the production and development of new work by emerging artists.

SALTS is pleased to be part of an exchange program with David Dale Gallery from Glasgow. SALTS will be guest in Glasgow in September 2016.

SALTS would also like to thank the Swiss Arts Council Pro Helvetia for the generous support.