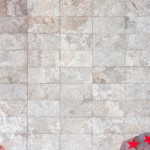 James Cohan is pleased to announce the opening of an exhibition of new work by Ethiopian artist Elias Sime. This second solo exhibition at the gallery features large-scale, wall-mounted artworks constructed from a grid-like arrangement of panels encrusted with electronic parts.

Elias Sime’s work is a meditation on connectivity and transformation. His unorthodox materials include reclaimed cell phone bodies, Soviet-era transistors, computer motherboards, brightly colored electrical wires, sections of plastic keyboards with other e-waste that has been discarded and sent to trash heaps across the African continent. This technological flotsam eventually washes up in the open-air markets of Addis Ababa, where Sime repurposes it into artworks. The works on view are part of an ongoing series entitled “Tightrope,” which refers to the contemporary balancing act between technology and tradition, humanity and the environment.

Sime achieves effects from dense narrative to austere modernist abstraction. Some works recall pure color-field painting while others refer to architectonic geometries, textile patterns and information flows. Figurative moments emerge in some – a human face, a bird wing, a frog leaping from a tree branch. The artist resists the collagist’s shorthand of using discarded objects as poetic stand-ins for individual lives and instead finds renewal everywhere, taking the greatest interest in new ways that objects and ideas connect. The emphasis is on the transformative power of human creativity.

Holland Cotter of The New York Times writes, “Sime’s work, while culturally specific, has always been universalist. And although never without critical thrust – no one knows better the horrors visited on Africa by shipments of toxic Western e-waste – it is utopian.”

Sime’s artworks are both prism and kaleidoscope. On one hand, they are fearlessly aesthetic; on the other, they are a platform to confront challenging topics, which Sime proposes are not mutually exclusive goals.

Elias Sime (b. 1968, Addis Ababa, Ethiopia) is a prominent name both in Afirca and internationally. With the full cooperation of curator and anthropologist Meskerem Assegued, Sime founded and designed the Zoma Contemporary Art Center in Addis Ababa, an international art center described by the New York Times in 2014 as “a voluptuous dream, a swirl of ancient technique and ecstatic imagination.” His work has been shown internationally at the Dak’Art Biennale in Dakar, Senegal; the New Crowned Hope Festival in Vienna, Austria; and in the United States at the Metropolitan Museum of Art, New York; the Studio Museum in Harlem; and a survey exhibition that traveled from the Santa Monica Museum of Art, California, to the North Dakota Museum of Art. Sime designed various costumes, props and set-pieces for Peter Sellars’ production of Stravinsky’s opera Oedipus Rex, performed at the Sydney Opera House as well as in Los Angeles, Aix-en-Provence and London. An upcoming performance of the opera will be staged in Stockholm.