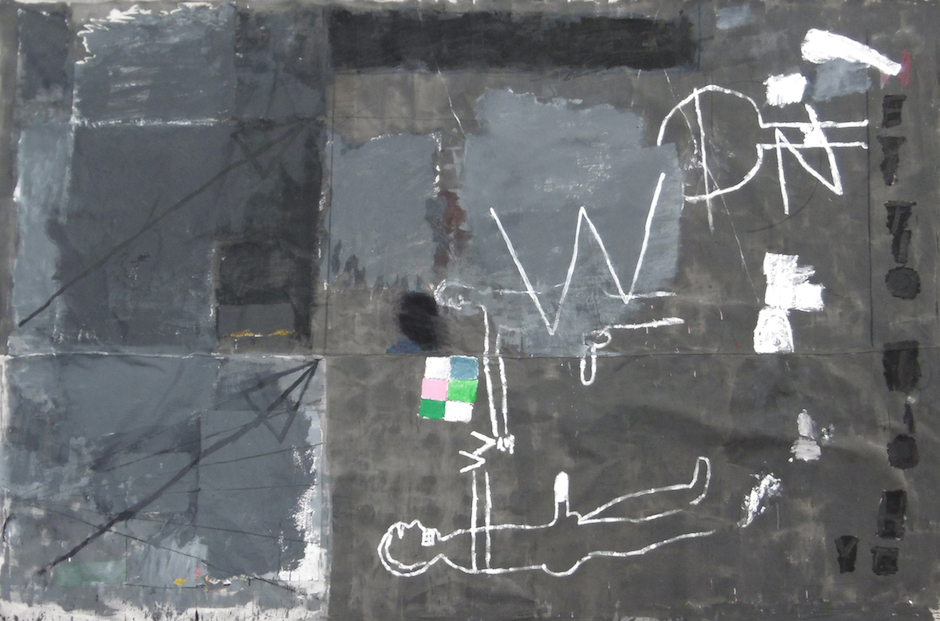 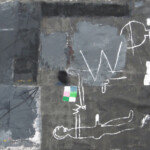 Freight+Volume is thrilled to announce “Frugivore Bats”, a new body of acrylic and collage works by Spanish painter Eloy Arribas.

Recalling “CAMA”, Arribas’ 2018 exhibition at Arts+Leisure, the gallery’s uptown project space, these new works present a similarly deconstructed, open-ended approach, punctuated by thick daubs of paint and fluid, impasto brushwork leaving clear traces of the artist’s hand. Snatches of everyday life ricochet throughout the exhibition, as in the panels bearing images of a slice of watermelon and a glass of wine, and Arribas transforms these immediately recognizable objects into semi-sculptural, intensely corporeal forms that project a mix of familiarity and simultaneous mystery.

His appropriation of everyday and ordinary, even banal, objects calls attention to their anonymous ubiquity while suggesting a sort of metaphysical substratum, as if sheathing a contemporary permutation of Plato’s forms within his deconstructed artistic framework. The artist also uses distressed cardboard supports and photographic cut-outs in several works, further blurring the lines between physicality, reality, and representation in Frugivore Bats.

In “Night and Darklight”, Arribas weaves disparate fragments of text, collage, and abstracted passages of paint into an enigmatic nexus suffused with reflexive meaning. Refuting a singular reading, they instead present a mosaic of narrative and material meaning. Arribas deftly manipulates his materials, coaxing subtle psychological resonances and even slapstick humor from paint and support alike; one of the smaller works on cardboard, emblazoned with the word “Menu”, swaps the typical pictures of food for stark daubs of paint, while a panel marked with “pajaros” (meaning birds) bears only globular, impasto strokes of white paint, underscoring the faint physical traces of the birds’ existence.

Elements of graffiti and other forms of material erosion are highlighted in these new works, particularly the three largest canvases, which resemble slabs of cement or corroded metal. In these works, Arribas reduces his palette to primarily muted grays and earth tones, and adorns the weathered appearance of his surfaces with informal scrawls and crude drawings. The artist also incorporates sigil-like abstracted geometric forms into these larger works, with the resulting mixture of ontological and formal experimentation creating a sense of an alternate creative reality.

Eloy Arribas was born in 1991 in Valladolid, Spain, and received his BFA from Salamanca University in 2014. He has had solo shows at GalerÍa Herrero de Tejada, Madrid, Spain; Silves Arte Contemporáneo Gallery, Madrid, Spain; Mojácar Factory Gallery, Mojácar, Almeria; DA2 Salamanca, Salamanca, Spain; and Arts+Leisure in New York, NY. He received the Premio-Grant from the Corselas Foundation of the University of Salamanca in 2016, and has completed residencies at Atelierhaus Salzamt in Linz, Austria, as well as at Javier Silva Gallery in Valladolid, Spain, and DNA Residency in Provincetown, Massachusettes.

A full-color, limited edition artist book will accompany the exhibition and is available for purchase at the gallery or on our website.