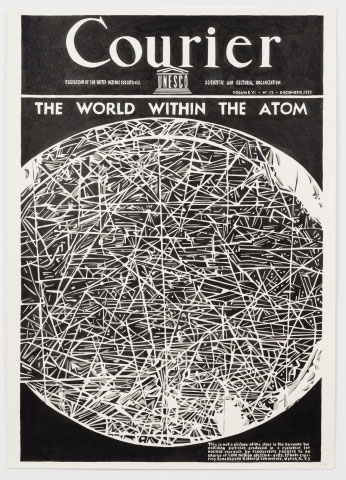 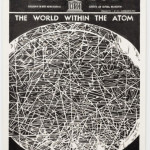 The exhibition of new works by Fernando Bryce will feature three major works, “The Book of Needs”, “Arte Nuevo” and “ARTnews 1945-1947” which address the discourse of universal values during the 1940s and 1950s. These works chronicle the changing international climate following the end of World War II and the beginning of the Cold War, and survey media representation of subsequent cultural shifts.

Following his established practice, the artist analyzes the representations in historical documents with his own ink-on-paper “reconstructions.” “The Book of Needs” consists of 83 such drawings taken from images published in the “UNESCO Courier” between 1948 and 1954. This magazine is the primary publication of UNESCO, a specialized United Nations agency founded in 1945 to address the educational, scientific, and cultural issues that arose following the end of WWII. Bryce sees the formation of UNESCO as a result of new cultural influences in international politics; his selection of pages re-examines the organization’s presentation of its humanist and universalist ideals.

For “Arte Nuevo”, Bryce used the Museum of Modern Art Library to photograph articles and images from issues of “Art d’Aujourd’hui”, “Arte Nuevo” and “Ver y estimar” published in the 1940s and 1950s. These three prominent international art magazines were published in Paris and Buenos Aires during the post WWII period. Marking a departure in the artist’s practice, Bryce has created 28 color silkscreen prints from these photographs. The juxtaposition of articles and images allows for an examination of the international art world at the time, specifically the institutionalization of abstract art in both Europe and South America.

“ARTnews 1945-1947” is comprised of 31 ink drawings representing gallery advertisements in the magazine during this period. Typical of the day, the typography is simple and direct as is the content or ‘copy’. The majority are ads for solo exhibitions but the underlying content is the representation of European, Japanese, North and South American artists in post World War II New York.