Gauri Gill – A Time to Play: New Scenes from Acts of Appearance 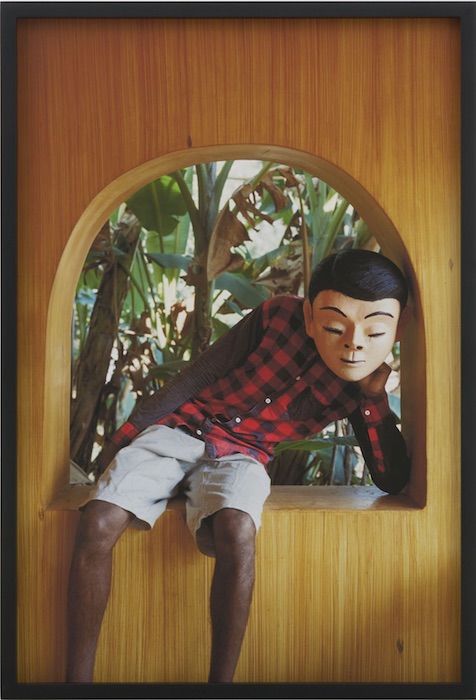 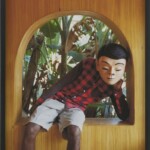 James Cohan is pleased to present “A Time to Play: New Scenes from Acts of Appearance”, an exhibition by Gauri Gill. This is Gill’s first solo exhibition with James Cohan and inaugurates the gallery’s new Tribeca space.

A central tenet in Delhi-based Gauri Gill’s practice is her exploration of collaborative partnerships as a means to blur the line between photographer and subject. This exhibition brings together new works from two of Gill’s collaborative series “Acts of Appearance” and “Fields of Sight”.

Since 2013, Gill and renowned Warli painter Rajesh Vangad have worked together on “Fields of Sight”, a series of photographs taken by Gill and then hand-inscribed in black paint by Vangad, co-creating new imagery of life in Ganjad, a small farming village. These fantastical works combine the contemporary language of photography with that of ancient Warli drawing, a genre of folk art which utilizes the geometric vocabulary of circles, triangles, and squares to symbolize different elements in nature, and the world. In “The Great Pandemic”, the ravaging effects of the Covid-19 virus are given concrete form. Gill’s photograph captures Vangad as a lone, contemplative figure in a desolate and overcast landscape. A central painted figure representing Dhartari Devi, or the Goddess of the Earth — who normally holds the earth in her hands — now holds aloft a larger-than-life pathogenic structure, which radiates outwards. This work addresses the challenges and devastation of life during a pandemic across the Indian subcontinent, felt most acutely by underserved indigenous communities.

In “Acts of Appearance”, Gill is interested in generating work that vacillates between reality and otherworldliness. In 2014, she invited renowned mask-makers of the Kokna and Warli tribes of rural Maharashtra, to embark on a collaborative project. Gill drew initial inspiration from the annual Bohada mask festival in Jawhar, where Adivasi indigenous tribal communities enact scenes from Hindu epics and tribal myths, wearing masks personifying their own gods and goddesses. Gill invited two leading proponents of this art, the brothers Subhas and Bhagvan Dharma Kadu, to lead a team of more than thirty artists and volunteers to go beyond the confines of their traditional mask-making and develop a new set of forms. In his commissioned essay for this exhibition, writer Hemant Sareen describes Gill’s proposition as “an invitation to play” (1) and it is precisely this; a chance for the community to push the bounds of their imaginations and create something altogether new. “A Time to Play: New Scenes from Acts of Appearance” showcases the results of their ongoing collaboration with forty new color photographs, many of them made in 2020.

Gill has forged close relationships with her community of collaborators in Jawhar, returning to the area annually since 2015. Through her photographs, captured with a manual analogue camera and using color film, Gill tells fictional stories improvised with her collaborator-subjects as a “switch of register of their ritual performances to the secular.” (2) They engage in everyday village activities while wearing their new masks — which range from animals and humans to coveted utilitarian objects like computers, mobile phones, television sets or cameras. Gill’s images unfold in a range of emblematic scenarios, situated within the quotidian landscape of the surrounding village. Sareen suggests that the variety of masks “assist in creating protean hybrid identities that resist easy classification and control.”3 For example, in the photograph “Untitled (76)”, a white truck bursts into the frame, the driver and backseat passenger pause, momentarily fixing their gaze outward; a lizard and a grinning clock melding seamlessly in this scenario. In “Untitled (68)”, two men, wearing masks depicting a Phillips radio and a sharpened Nataraj pencil, lean against the window of a government school exterior, their papier-mache visages an uncanny echo of the didactic drawing depicted below.

As Sareen writes, “It is through play that the photographer’s ethics of engagement and the photographer’s civic imperative of enlarging the citizenry of photography are held in fine balance.” Gill’s imagery of rural life in Jawhar reveals her understanding of the power of photography to grant visibility to and express solidarity with the Adivasi community. Furthermore, it speaks to her ability to subvert the camera’s historical role, challenging rather than encoding the colonial gaze. Gill navigates the ethics of representation by inviting her subjects to participate in the creation of their own photographic likeness, and indeed to question whether fixing a likeness upon mutable selves and others is even possible. The masks they don both allow them creative expression of a contemporary language of symbols while obscuring their individual identities from exploitation.

Gauri Gill (b. 1970, Chandigarh, India) earned a BFA (Applied Art) from the College of Art, New Delhi; BFA (Photography) from Parsons School of Design/The New School, New York; and MFA (Art) from Stanford University, California. She has exhibited extensively within India and internationally, including the Venice Biennale 2019; MoMA PS1, New York; Documenta 14, Athens and Kassel; Kochi Biennale; 7th Moscow Biennale; Wiener Library, London; and Whitechapel Gallery, London. Recent solo exhibitions include “Object/Set: Gauri Gill’s Acts of Appearance” at the Columbus Museum of Art, Ohio, “Traces” at the Tinguely Museum, Basel, and “Projects 108: Gauri Gill” at MoMA PS1, New York, among others. Her work is in the collections of prominent institutions worldwide, including the Museum of Modern Art, New York; Tate Museum, London; the Smithsonian Institution, Washington and Fotomuseum, Winterthur. In 2011 she was awarded the Grange Prize, Canada’s foremost award for photography. Gill is based in Delhi and is working on two forthcoming books.