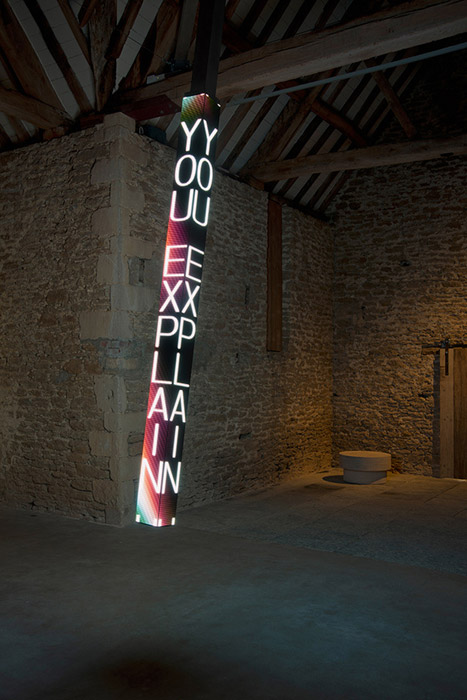 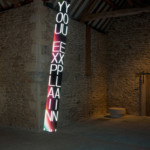 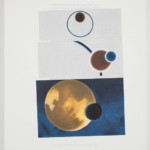 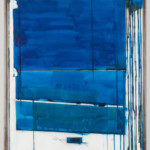 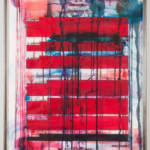 ‘She turns words into images so that we can read them.’ (Joshua Craze, author of ‘A Grammar of Redaction’)

To coincide with Art Basel 2017, Hauser & Wirth Zürich is delighted to stage a major presentation of new work by Jenny Holzer, the New York based artist celebrated for her inimitable use of language and interventions in the public sphere. Combining sensory experience with poetic, political and personal texts, Holzer creates a powerful tension between the realms of feeling and knowledge. This exhibition is a testament to Holzer’s vision of art that encompasses both individual and collective experiences of power and violence, vulnerability and tenderness.

Since the 1980s, Holzer’s practice has explored a variety of media, although she may be best known for her use of electronic signs, stonework and light projections. Among the highlights of the Zurich exhibition are two monumental kinetic LED signs with new texts the artist selected especially for the exhibition, a new series of the artist’s acclaimed “Redaction Paintings”, along with related watercolour and graphite drawings, and a group of engraved limestone benches.

The exhibition’s two LED signs, ‘RAM’ (2016) and ‘MOVE’ (2015), represent the artist’s most recent exploration of the relationship between materiality and language. Typically employed in public contexts for news, information or advertising purposes, LEDs attract attention even in an open public space. Holzer explains, ‘The move to electronic technology had to do with my needing to be where people look. I thought I should present many hard germane subjects as well, as large, and as loud as what’s done for celebrity gossip, concerts, products and the sometimes too-cautious reporting of the news.’ In ‘RAM’ and ‘MOVE’, Holzer appropriates this medium to deal with issues relating to war, expressed primarily through the voices and perspectives of civilians, while focusing on both war’s victims and its architects. She has also introduced intelligent robotics so that each sign moves in response to the viewer’s presence.

‘RAM’ is a three-sided LED stretching over seven metres long. Words scroll along each face of the horizontal LED at varying speeds, before flashing, blacking out and then breaking into a rainbow spectrum of colour that casts a mesmerising glow on the surrounding floor. The differing speeds evoke speech patterns that Holzer describes as ‘the kinetic equivalent to inflection in the voice’. The text of ‘RAM’ is taken from an epic poem cycle by Anna Świrszczyńska (Swir), who joined the Polish resistance during World War II and worked as a nurse during the Warsaw uprising of 1944. Her 1974 work, ‘Building the Barricade’ (Budowałam Barykade), in a new English translation by poet Piotr Florczyk, addresses the atrocities of war from first-hand perspective, describing the suffering and heroism Swir observed during the 1944 Nazi siege and destruction of Poland’s capital. With the aid of robotics, ‘RAM’ moves back and forth and rotates from side to side, suggesting the motion of military battering rams. Its physical aggressiveness emphasises the brutality of Swir’s subject, challenging the conventional myths of war traditional to sculpture and poetry.

‘MOVE’ is a four-sided vertical LED sign that swings from a robotic arm suspended from the gallery ceiling. For this work, Holzer sought new content to explore the international refugee crisis and the devastating humanitarian consequences of Syria’s ongoing civil war. The LED sign displays some 131 individual eyewitness accounts. Interviews with civilian protesters arrested, detained and tortured by the Assad regime and with regime defectors conducted by Human Rights Watch (between 23 May 2011 and 15 April 2012) offer insight into the broken promise of Syria’s Arab Spring, while interviews conducted by Save the Children (between September 2012 and April 2016) give voice to Syrian families who have fled their homes during the past five years, and now struggle with daunting challenges.

The exhibition also unveils a new group of paintings that belong to Holzer’s ongoing “Redaction” series. With oil on linen, the artist faithfully reproduces declassified but heavily redacted US state and military papers. In addition to Bush-era material dating from the beginning of US military initiatives in Afghanistan and Iraq, the sources include FBI documents concerning terrorist threats, cyber counterintelligence, CIA instructional courses on data collection and reports on the controversial NSA surveillance programme ‘Stellar Wind’. Most were found on the American Civil Liberties Union (ACLU) and National Security Archive websites. Each linen is true to the vernacular of the original document: often an enlargement of the standard 8 ½ x 11 inch paper and the text traced from the document’s original printing, typing or handwriting, as well as subsequent notations made in classifying, declassifying and redacting the document for public release. Several works within this new series, such as ‘Domestic investigations’ (2017), are a visual departure from earlier iterations. Holzer has introduced circular forms blended with bold colours, reminiscent of Russian Constructivist Alexander Rodchenko’s early experiments in abstract geometry. These new works overlay the aesthetics of Constructivism on the recent content of redacted government documents, a historical nod to Rodchenko’s later aspirations as a radical supporter of the Russian Revolution.

Writer and social anthropologist Joshua Craze has hailed the Redaction Paintings as ‘forensic analyses of one of the weapons with which war is fought: the structure of the military and intelligence bureaucracies, and the legal impunity that veils their actions in shadow’. By bringing government documents released by the Freedom of Information Act into the gallery domain, Holzer ensures they receive a public hearing, and in turn, challenges the normalisation of violence as part of a broader political economy and a saturated media landscape.

In conjunction with the paintings on view, the artist has developed a body of watercolour and graphite drawings on vellum tracing paper. These new works are realised on process drawings that the artist’s studio uses to transfer government documents to linen for the oil paintings. Holzer has smudged and smeared the original graphite lines and, in some cases, applied watercolour in lurid reds and contrasting blues.