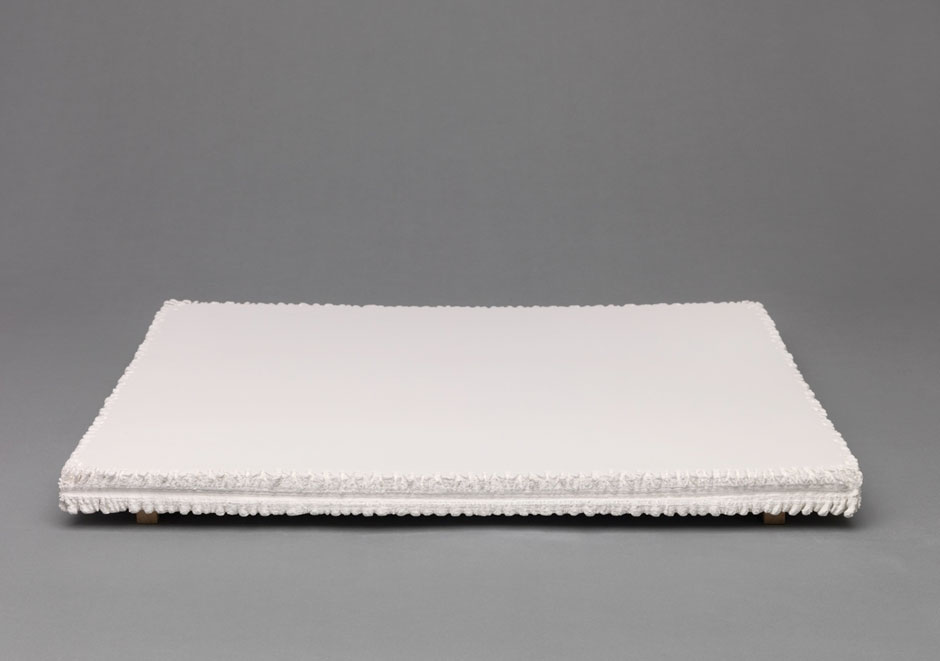 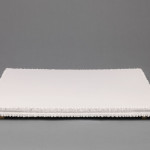 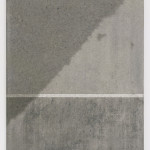 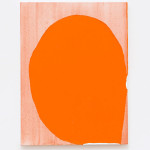 “paint” in “paint.specific” refers to the material and to the action of the painter. “specific” in “paint.specific” refers to the object and the sculpture in the tradition of minimal art. “paint.specific” means Jürgen Krause, Jugoslav Mitevski and Paulo Monteiro: three artists, who consciously and intuitively allow their knowledge of the principles and contradictions of minimal art and post-minimalism flow into their work, yet who refuse to be hemmed in by linguistic conventions, definitions and dogmas. All three are primarily concerned with the considered manual development of the individual work; with the choice of material; and therefore with the concomitant actions and decisions that lead, in the end and in many respects, to a transformation.

Paulo Monteiro is a materials virtuoso. Combining painting and sculpture, he extends painting into the space. His works are informally arranged – choreographed, as it were – on the wall and around the room, whereby each individual item is representative of the whole and vice versa. The palette of his oil paintings is broad, ranging from powerful, luminous hues to muted pastels, plus black and white. His spectrum of shapes is limited: soft outlines and lines in delicate and thickened shapes predominate in his sculptures, as well as in his colour field paintings. The hand of the artist – his gesture – is plainly in evidence. In his paintings, it strokes and layers the paint, exposes it, pushes it up, dabs and pulls it using a brush, drawing lines over colour fields; in his sculptures, it kneads, cuts, sticks and compresses the material to form shapes – in the case of bronze, it sometimes applies a monochrome coating to it after it has been cast. Painting and sculpture are treated equally and, like his sculptures, the paintings are imbued with a corporeality that is very much in evidence: to Monteiro’s credit, this physicality never appears auratic, seeming instead to have emerged from life itself.

Jugoslav Mitevski has opted for a very particular way of exploring what painting can be today; the material he chooses is highly representative of the industrial production process used by minimal art, with its rejection of all things pictorial: concrete. He pours it – sometimes mixed with a pigment – into wooden moulds the size of the average picture panel, sometimes preparing or structuring the bottom of the mould with adhesive foil, clay or a reinforcing mesh. What happens on the bottom of the mould during the pouring can later be seen on the surface of the dried slab. If the film creates folds, the surface has a certain restlessness about it; if the mould still exhibits traces of the colour or indentations of the previous slab, then these appear, barely perceptibly, on the ensuing slab’s surface. Based on experience, the artist is able to steer and influence these phenomena to a certain extent, but not the overall end result of the work: part of it is down to the material’s drying process. This relinquishment of decision-making and the relative unpredictability of the final outcome lead to a sense of liberation within the creative process, motivating Mitevski to continuous modifications. There are slabs which he afterwards sprays or coats with paint; there are slabs with cut-outs created by drawing his thumb through the wet material; slabs brutally broken when dry in order to be integrated within a new slab; and slabs that go beyond the intrinsic painterly encounter with the surface, where the artist has used recesses and layerings to emphasise the object’s character, affording the viewer a glimpse of sides. His is a flowing, evolving work process involving intuition and reason in equal measure, one which is open to moods as well as to outside influences and stimuli.

Jürgen Krause‘s preoccupation with painting is focused on the priming, a craft that has been practised by painters for centuries. Krause prepares the primer himself every morning using rabbit-skin glue, white pigment, egg yolk and alum. He uses a brush to apply it to a sheet of paper. Allowing each coat to dry, he is able to apply between six and eight coats a day. He applies the size to both sides of the sheet over a period of days, weeks and months, watching it grow into a white, raggedy edged block. Through sheer endless repetition of one and the same gesture, what emerges is a sculptural object – additive, spreading out into the room, up to 20 kg in weight. What would normally follow the application of this traditional primer, i.e. the paint coat, is not applied. Instead, the preparation process itself becomes the main activity and outcome at one and the same time, although Krause is not so much concerned with the outcome as with the activity which, performed over and over again, becomes a meditative practice. This finds the artist, as Jean-Christophe Ammann puts it so well, compressing time, “… as if he were seeking to fuse the atom. He imbues meditative time with a gravitational force, which he builds from the inside out.” Krause adopts the opposite strategy with his work group “Werkzeuge” (Tools), in which material is rather subtracted than added. Appropriately enough he takes a sculptor’s tool, such as a chisel, and sharpens its blade on a whetstone, then blunts it, in order to sharpen it again. He performs this activity, which he has been learning from a Japanese knife sharpener for years, every day over a period of years, until only a small part of the blade is left. The activity requires a great deal of concentration, adequate breathing and mindfulness, to prevent the blade from breaking. As with the Primer, what is left is an object with a ciphered trajectory, the expression of a preparative activity that fulfils no purpose.

Jugoslav Mitevski (*1978 Brackenheim, DE) has been living and working in Berlin since August 2015, having come there via New York and Cologne. Mitevski studied Architecture at the HFT, Stuttgart (2000-02), then Fine Arts at the Hochschule für Bildende Künste, Braunschweig (2002-2008), interrupted by a year of studies at Birmingham City University. He has received numerous grants and awards. He has had solo exhibitions at the Artothek, Cologne and Petra Rinck Gallery, Düsseldorf, 2015; Ana Cristea Gallery, New York, 2014; Polistar, Istanbul, 2012. Selected group exhibitions: “Editionen”, Bonner Kunstverein, 2013; “Leinen los!”, Kunstverein Hannover, 2010; “Silence is appreciated but rather overestimated”, Manzara Perspectives, Istanbul, 2009.